Speculating who could be named as Lions captain in the months ahead of the tour always makes for an interesting debate.

There are usually a few standout candidates for the position that can be predicted well in advance, although Peter O'Mahony captaining the side in the first test of the 2017 series shows that there is still the potential for a surprising selection.

The likes of Maro Itoje, Owen Farrell, and Alan Wyn Jones are the favourites to be named captain on this occasion, with one man who knows the role well backing the English second row to take up the mantle for the 2021 tour.

Speaking to BBC Sport, 2017 Lions captain Sam Warburton said that he believes Maro Itoje should lead the side on this occasion.

Don't get me wrong, if Alun Wyn was captain I wouldn't bat an eyelid.

Of course he would be a great captain. But you don't want to put too much pressure on someone, particularly when they are 35, to make the Test team.

Warburton said that there is plenty of competition for places in the second row, but Itoje's status as a 'shoo-in' in the test team means he is the best candidate for the captaincy.

He also isn't worried about the Saracens player's relative lack of game time at club level.

I think Maro, James Ryan and Alun Wyn, their ceiling is the highest out of the second rows.

And out of the three, I think Maro is a shoo-in, and I think James Ryan and Alun Wyn will battle it out for the number five shirt.

I know people will think [Itoje] is under-cooked, and hasn't played much, and gave away a load of penalties [in the Six Nations], but he still had a big influence on those games.

I have gone back and forth [with my choice]. It was Maro, then Alun Wyn, and now we are getting closer [to the tour] I am going back to my gut and going back to Maro. 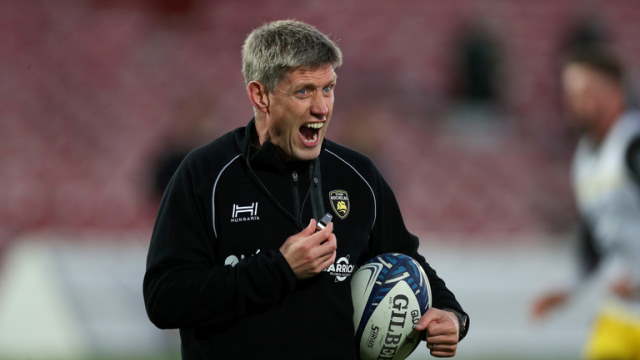