When Are The Games On The 2021 Lions Tour Of South Africa?

The British and Irish Lions Tour of South Africa takes place this summer, with the squad set to be announced at the start of May. The series kicks off in July, and we have all the info you need on the Lions Tour games for 2021.

Where will the Lions tour take place?

The Lions alternate between touring New Zealand, Australia and South Africa every four years. This year they will tour South Africa, having most recently played in New Zealand in 2017.

Who will the Lions play on the tour?

The Lions will have one warm up game in Scotland against Japan before jetting off to South Africa. When they land there, they will play five touring games against regional teams, before a three-game test series against the South African national team, the Springboks.

What are the dates for the Lions games on the tour?

Who will be playing for the Lions on tour?

Former Ireland and Wales coach Warren Gatland is taking charge of his third consecutive Lions tour this summer, having guided them to victory in Australia in 2013 and a tied series in New Zealand in 2017. He named his squad for the tour on May 6.

Alun-Wyn Jones had been named the 2021 Lions captain, for what would have been his fourth tour - but injury in the opening game led to him staying at home, with the captaincy passed on to Ireland's Conor Murray.

Gatland selected eight Irish players, with Robbie Henshaw, Conor Murray, and Tadhg Furlong all in contention to be in the starting XV for the test series against the Springboks. Leinster's Jack Conan, Munster's Tadhg Beirne, Ulster's Iain Henderson, and Connacht's Bundee Aki are all making the journey to South Africa, while Andrew Porter pulled out through injury before the tour got underway.

SEE ALSO: Ex-Scotland Winger Still Sour About Not Being Selected By Warren Gatland 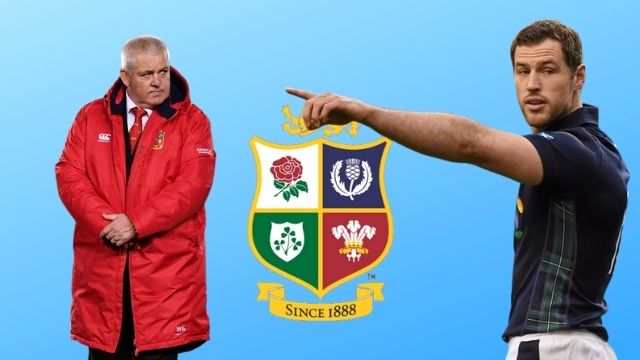