Warren Gatland proved once again during the Lions first test victory over South Africa, that he is of the smartest coaches in world rugby.

For the first 40 minutes, he watched his Lions side struggle to deal with the intensity of a more physical South Africans in what was a dull kick fest first half.

Getting his side back into the changing room just 12-3 down gave Gatland time to cast his magic spell. Out went the lateral running and laboured passing that was playing into Springbok hand. Gatland identified the need to play for field position in what was a tactical masterpiece. It shifted the whole game into the Lion’s favour.

How the Lions changed in the second half

From the kick-off in the second half, the Lions easily set up a solid maul and Ali Price launch a massive left-footed kick that caught out the Springboks backfield. They struggled to field it and gave away a very clumsy penalty, which allowed the Lions a lineout in the opposition 22.

The resulting shift maul put the Springboks under more pressure, and another penalty for a high tackle on the excellent Robbie Henshaw gave captain Alun Wyn Jones a difficult decision. Take the points or turn the screw. He chose the latter, and it resulted in a well-structured maul try by Luke Cowan-Dickie. The Lions were now back in the game 12-10. 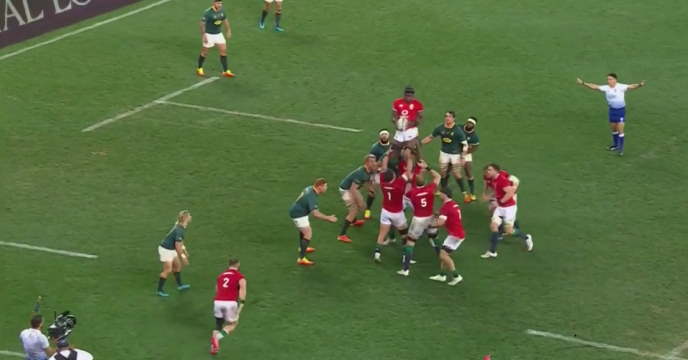 Just a minute later, the Springboks looked to have extended their lead but South African TMO Marius Jonker, who the Lions made a complaint about in the lead up to kick-off, ruled that Willie Le Roux was in front of the kicker in the lead-up. The Lions gained another penalty and more field position. 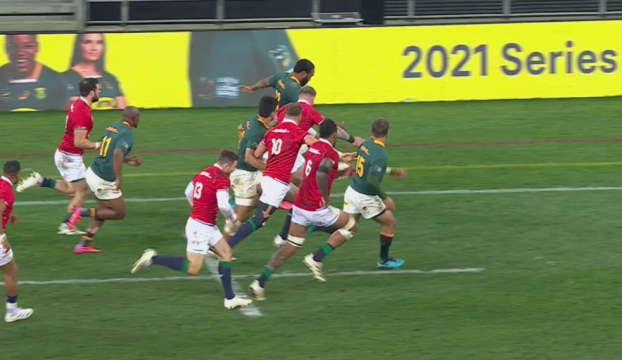 However, four minutes later, the Springboks had their try when Faf de Klerk pounced on a bouncing ball following great work from Mapimpi and Steph Du Toit.

The Lions rolled up their sleeves and Gatland’s tactical shift was in evidence again, when the Lions moved to a more direct zigzag pattern to nullify the aggressive line speed of the opposition.

The pattern involved constantly changing the point of attack by attacking the openside and then quickly moving back to the blindside to catch the over folding of the defence. 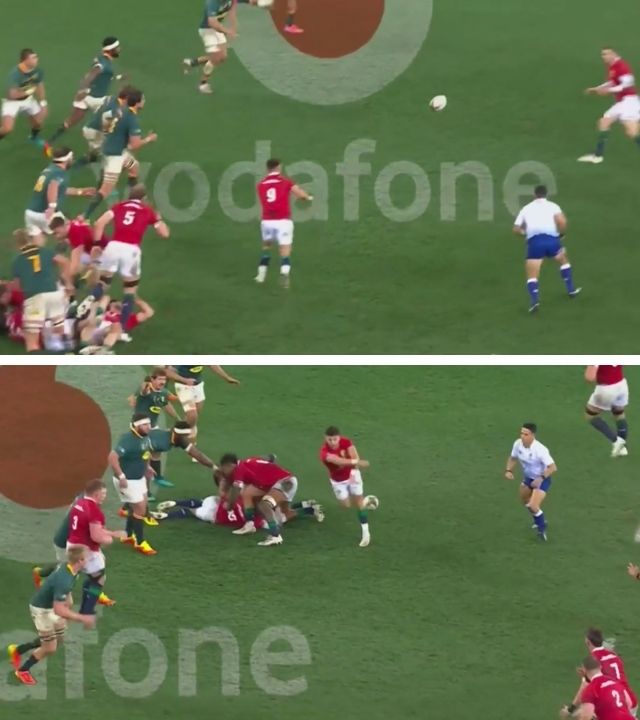 It resulted in a penalty for a high tackle on Alun Wyn Jones and another three points for Biggar to narrow the score to 17-13.

Another superb box kick from Price, and a dynamic ball carry from Courtney Lawes,got the Lions back into the Springboks half and into their zigzag pattern. Again it put the Springboks under massive pressure, resulting in an offside penalty. Biggar knocked over the kick.

Gatland’s new plan was now in full swing, and it was time for him to continue his tactical masterclass. He took off a struggling Rory Sutherland and Luke Cowan-Dickie and replaced them with the more experienced Mako Vunipola and Ken Owens. 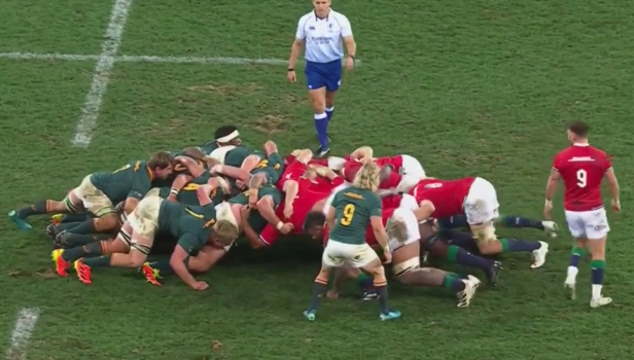 A scrum that was struggling was now rock solid and providing a platform to attack a tiring Springbok pack. Just one point behind, and Biggar and Price controlling field position with some astute kicking, it was now one-way traffic in favour of the men from the Northern Hemisphere. The lack of game time for the Springboks was starting to tell, and their physical dominance was dwindling at an alarming rate.

Another dumb penalty by the Springboks pack at a lineout maul and Biggar put the Lions into a 19-17 lead for the first time.

Now was time for Gatland’s next trick: the introduction of the experienced Conor Murray and Owen Farrell. It was yet another masterstroke by Gatland and his trusted lieutenants did not disappoint their general. They continued with putting the pressure on the Springbok backfield players and forced the errors from the men in green.

Gatland’s luck was in again when Hamish Watson escaped with just a caution, and not a yellow, from the usually card happy Nic Berry for a tip tackle on Willie Le Roux.

Should Hamish Watson have seen a card here? And if so, ? or ??

The master kicking plan continued, with Farrell and Murray pulling the strings. Another penalty for pulling down the maul in the 77th minute gave Farrell an opportunity to push the lead to five points and leave South Africa needing a converted try to win the game. It was not to be for South Africa, as the Lions played out the final two minutes under limited pressure. 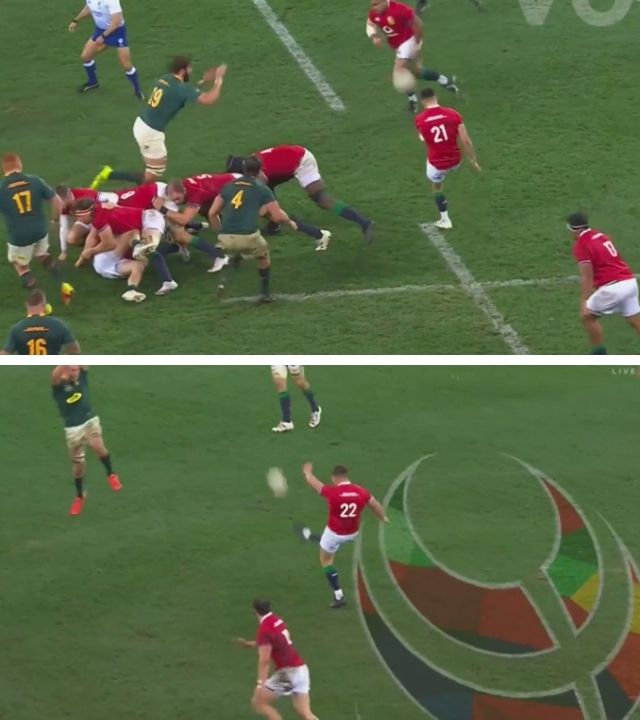 And so the first test goes to the Lions, but while the likes of Itoje and Lawes produced outstanding performances, it was the coach who stole the show.

Gatland showed all his 25 years of coaching experience to produce an outstanding second-half performance. A change in the game plan, astute substitutions at the right time and a small bit of luck helped him and his team to go one up in the series.

His next task will be to learn from the mistakes from the first half and to prepare for the second test next Saturday in Cape Town. Do not rule out changes in selection for that second test, with the impact from the bench putting their names into Gatland’s head. Whatever decisions need to be made, you would not bet against Gatland making the correct ones.

See Also: Brian O'Driscoll Thinks English Back Should Be Dropped For Second Test 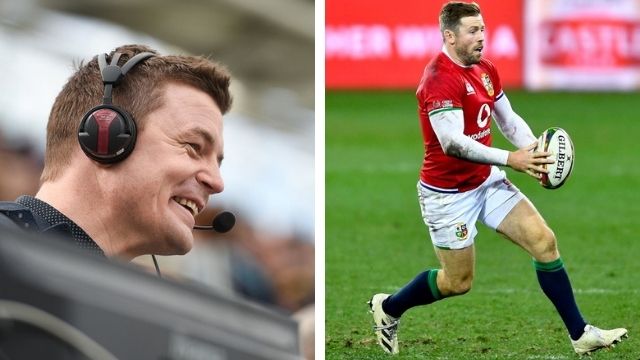