Conor Murray is one of four Irish starters for Saturday's second Lions test against South Africa.

The Munster scrum-half came off the bench in the weekend's opening test win against the Springboks as Scotland's Ali Price started the game.

As it was for the first test, Robbie Henshaw, Jack Conan, and Tadhg Furlong have also been named in the starting team. Munster second row Tadhg Beirne takes a place on the bench.

Along with the introduction of Murray, there are two other changes: Chris Harris will partner Henshaw in midfield with Elliot Daly dropping to the bench, and Mako Vunipola replaces Rory Sutherland at loosehead prop. Toby Faletau has also been added to the bench.

Dan Biggar will start at out-half subject to completing the return to play protocols.

Saturday's test kicks off at 5pm Irish time, and will be live on Sky Sports. 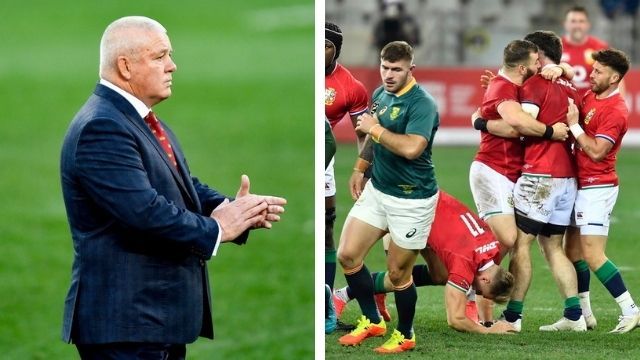 Rugby
6 months ago
By Gary Connaughton
Ferris Believes Alun Wyn Jones Return Has Put Conor Murray In An Awkward Position
Rugby
6 months ago
By Michael McCarthy
What Irish Lions Will Warren Gatland Pick For The First Test?
Rugby
6 months ago
By Eoin Harrington
Conor Murray Hails 'Unbelievable' Alun Wyn Jones Return To Lions Tour
Popular on Balls
Football
2 days ago
By PJ Browne
Ireland's Lee O'Connor Says It Was An 'Easy Decision' To Leave Celtic
Football
1 day ago
By Eoin Harrington
Quiz: Name Every Player To Score In A Champions League Final
Rugby
1 day ago
By Colman Stanley
Roy Keane Made Quite An Impression On Eddie Jones And The England Rugby Team
52