It's already been a very uncertain and troubling week for the British and Irish Lions tour of South Africa. Covid cases in the Springboks camp forced the cancellation of their warm-up game with Georgia this weekend, while The Lions' game with The Bulls was also postponed after several cases in the Bulls' camp. Now, it has been confirmed that Covid has also entered the Lions camp, and this evening's game with The Sharks is reliant on negative PCR testing for the rest of the squad.

The Lions confirmed this afternoon that a member of their management team has tested positive during a routine testing, and that him, and his four close contacts (two players and two other members of management) have immediately gone into isolation.

The British & Irish Lions can confirm that a member of its management team has tested positive for COVID-19 following a lateral flow test as part of the Tour screening programme which took place on Wednesday 7 July.

The individual and four close contacts – including two players and two members of staff – are being isolated and assessed at the team hotel. All members of the touring party have since been PCR tested.

This evening’s game against the Cell C Sharks at Emirates Airline Park will still take place provided the subsequent round of PCR testing returns negative results later this afternoon. Should this be the case, the kick-off time for tonight’s game will be adjusted to 8pm (SAST) / 7pm (BST).

“We have followed all necessary precautions since the start of the Tour, which included regular testing and rigorous COVID-19 counter measure planning and protocols,” said Ben Calveley, Managing Director for the British & Irish Lions.

"Our priority is to ensure the health and safety of the entire touring party, which is why we quickly isolated the players and staff upon receiving the news of the positive result.

"Everyone has subsequently been lateral flow and PCR tested. The Medical Advisory Group await the results of the PCR testing in order to make a decision on tonight’s game.

"The five individuals effected will be monitored closely during isolation and receive the bestlions possible medical attention as we await the results of their PCR tests.

It's the latest twist on a tour that appears to have be snakebit from the very start.

Captain Alun Wyn Jones had to withdraw from injury in the first half of the team's first game, against Japan in Murrayfield, before they even made to South Africa. They then flew south, into a fourth wave of the pandemic in the host country, with fans banned from stadiums, and Covid rampant.

South Africa were due to play Georgia on Friday night but that game was, as expected, called off earlier today in the wake of the Springbok coach Jacques Nienaber being among 12 in their bubble, including five players who have now tested positive and must isolate, along with their close contacts.

❌ Cancelled! Boks' second Test against @GeorgianRugby called off
🗣️ "In the context of the loss of life and economic damage ... the cancellation of a rugby match is pretty trivial"
🔗 More here: https://t.co/DNEB272gCq#CastleLionsSeries #StrongerTogether #StrongerForever pic.twitter.com/RV7IG21v0C

With questions already circulating as to whether the test series, due to begin in just 17 days time in Cape Town, will ever take place, this latest development represents a worst case scenario for the touring Lions. 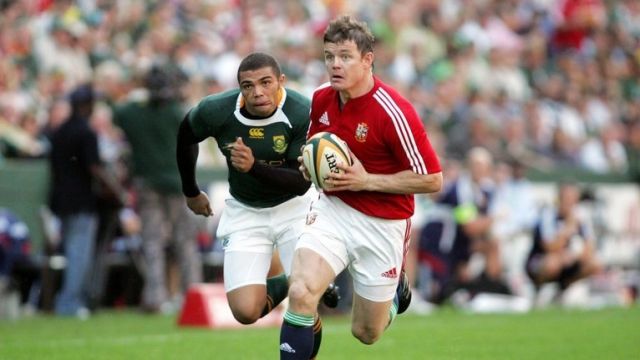 The British and Irish Lions The Springboks south africa the lions