Little-Known Rule Had Everyone Baffled For Leinster Try Against Ospreys

Leinster fell to a 32-18 defeat last night against Ospreys in a game that saw Dave Kearney, Noel Reid and Fergus McFadden depart due to injury.

Two tries from Dan Evans ensured the Welsh outfit cruised to victory. Leinster fell behind early on and approaching half-time were 19-3 behind before Barry Daly touched down after a smart kick ahead.

Yet when referee John Lacey went to the TMO, most viewers were convinced the try would not stand as Daly's foot was quite clearly in touch.

Best part? The reaction of the Welsh commentary team. 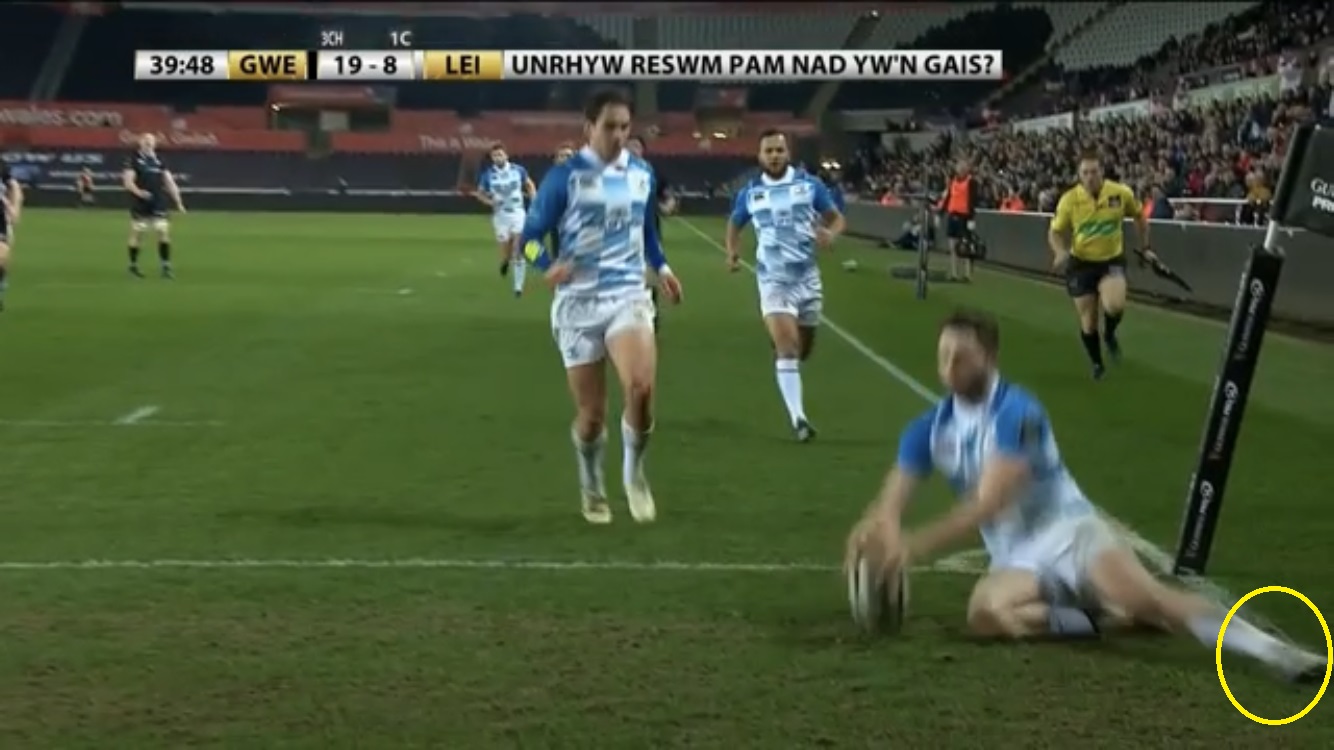 However, the laws on a try scored are very clear. If the player is in touch or in the opponents in-goal area and touch the ball down without holding it, the try stands.

The law effectively means a try could be scored by a player without entering the field of play.