This weekend is a crucial one for Irish rugby as both Leinster and Munster battle for a European Cup final spot and the opportunity to face each other in Bilbao.

On Saturday, Leinster take on Scarlets at the Aviva Stadium while Sunday sees attention turn to the Stade Chaban-Delmas in Bordeaux where Munster face Racing. However, neither semi-final now looks likely to sell out.

The reasons for this is multifarious. Speaking on the Second Captains podcast during the week, Gerry Thornley of the Irish Times clarified the expected attendances.

Munster will have more fans than Racing. They'll only be bringing down a couple of thousand. Whereas Munster could bring six to ten. Ironically, the least support over both semi-finals will be the French team in France. It won't be anything full. By the way, the Aviva is not full. It's not sold out. There is this general perception that it's sold out. You find the EPCR based as they are in Neuchâtel, Switzerland, the 'hotbed of rugby' in Europe of course, that they've not exactly been promoting and marketing these games. They leave it to the clubs.

When the Irish teams haven't been there, like two years ago, I think there was barely 40'000 at two semi-finals. Because the clubs say 'it is your game, you promote it.' The EPCR keep all the receipts. They will clear about 2 million out of the Aviva on Saturday.

Last year, the combined attendance of 91,324 for the two Champions Cup semi-finals was the biggest since 2009 when the games were played at Croke Park and at the Principality Stadium. Included in that figure is the reported 51,300 attendance at the Aviva Stadium for the Munster v Saracens clash.

For Leinster's 2017 semi-final against Clermont in Lyon, pricing was as follows:

This year, Leinster's pricing comes in higher. There are seven different ticket prices with the highest being sold for €90, while the cheapest category 5 ticket costs €25. It is all adult prices, children's tickets are not an option.

The Aviva's total capacity is 52,000, but at the time of writing (four hours before kick-off), there are still huge swaths of upper deck seats available. 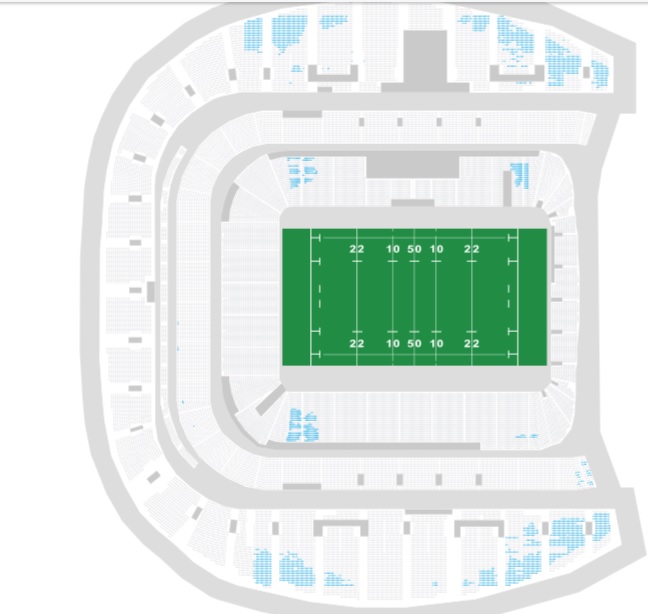 The Stade Chaban-Delmas has a 34,462 capacity, which will certainly not be full. As reported during the week, strikes in rail company SNCF and Air France make travel from Paris considerably more difficult for Racing fans. Aer Lingus and Ryanair had added extra flights in order to cater to Munster fans. There was a major difference in pricing between the Munster semi-final and the Leinster game, with the most expensive Munster ticket priced at just €55.

It is worth pointing out the more revenue generated for the EPCR, the more is invested in club rugby. Saturday's game kicks off at 3.30pm, while Sunday's is set for 3.15pm.

Rugby
2 weeks ago
By Sean Meehan
The Champions Cup Could Be Set To Revert To 24 Teams Next Season
Rugby
5 months ago
By Michael McCarthy
Report: Massive Changes Planned To Save The Champions Cup
Rugby
1 year ago
By Aaron Strain
Leinster Trio Make EPCR European Player Of The Year Final Shortlist
Popular on Balls
GAA
1 hour ago
By Balls Team
Paul Mescal Proud To Be Bringing GAA To Worldwide Audience
6