"If we’re serious about women’s rugby – and we are – we had to make a serious appointment, and we have,” said SA Rugby CEO Jurie Roux.

"Lynne comes on board at a time when we have committed to growing the game amongst women – a directive from World Rugby and a South African national imperative – and she will work closely with Rassie Erasmus (Director of Rugby), Charles Wessels (GM: Rugby) and Springbok Women’s head coach Stanley Raubenheimer to improve the women’s game in South Africa."

Cantwell won 86 caps for Ireland. She also holds a degree in Sports and Exercise Science, and a Masters in Physiotherapy.

"I am excited and naturally a bit nervous about the big move over to South Africa for me and my family, but I feel incredibly comforted by the warm welcome I have been given internally at SA Rugby, by the players and management, and the provincial CEOs," she said.

"I am intensely motivated to progress women’s rugby and women’s involvement in rugby, and the backing a leadership level from Jurie, Rassie and Charles was central to my decision to join the team."

See Also: Paddy Wallace Says There Has Been No Ireland 'Evolution' Under Andy Farrell 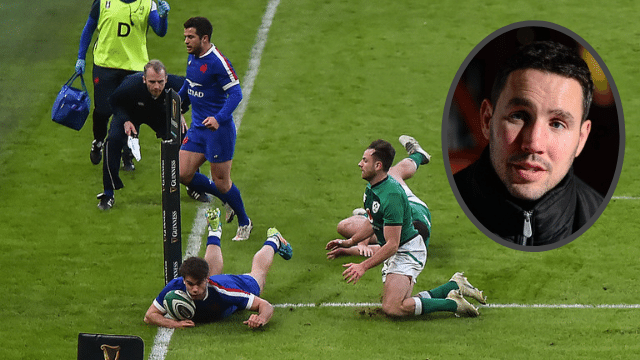 Rugby
19 minutes ago
By PJ Browne
Plenty Of Changes As Ireland Team To Play Italy Is Named
Rugby
1 hour ago
By Jonathan Byrne
France Suspend Training After New Covid-19 Breakout In Squad
Rugby
16 hours ago
By PJ Browne
Iain Henderson Has 'Only Ever Had Eyes For Ireland'
Popular on Balls
GAA
20 hours ago
By PJ Browne
'I Have Pictures Of Stephen Cluxton All Around My House, It’s A Bit Weird!'
Rugby
21 hours ago
By Balls Team
Son Of Offaly Hurling Legend Set For Super Rugby Debut
The Rewind
19 hours ago
By Sean Meehan
Introducing The Vote For Ireland's Greatest Singalong Song
Rugby
17 hours ago
By Eoin Harrington
Rob Kearney Player Mic Gives Great Insight On Western Force Debut