Max McFarland's career was almost over before it began.

It had always been the boyhood dream. The routine response when asked what he wanted to do when he was older. A deep desire to play professional rugby.

Yet in January 2013 Mike Ruddock named his Ireland U20s squad and McFarland wasn't in it. His prowess in the Leinster Schools Senior Cup with Clongowes was not enough to merit a call-up. This was a catastrophic blow that put any academy contract and future career in jeopardy.

"I was told at the time I was too small to play professional rugby," McFarland recalls with a grimace.

"Early on, my avenue in Ireland was closed off. Just because I never made that Ireland 20s squad and all the academies are picked from that."

His is a unique breed in the modern game. Standing at 5'9, McFarland managed to make his athleticism and speed assets to thrive in a sport where the predominant currency is size.

It’s always in the back of my mind because obviously rugby is getting that way, the boys are getting a lot bigger. It is very rare you see lads my size get through. I’ve done my best, I’ve gone from 70 kilos to 85 kilos. I remember that happening and it was heartbreaking for me. Obviously, I’d always had dreams for Ireland and doing my best there. It all seemed to go my way literally until that point.

With Luke McGrath and David Shanahan established in the depth chart, McFarland transitioned from scrum-half to full-back in schools rugby, helping Clongowes to a senior cup final. There they were felled by a St. Michaels team that included Dan Leavy,  Rory O'Loughin, Ross Byrne and Cian Kelleher. 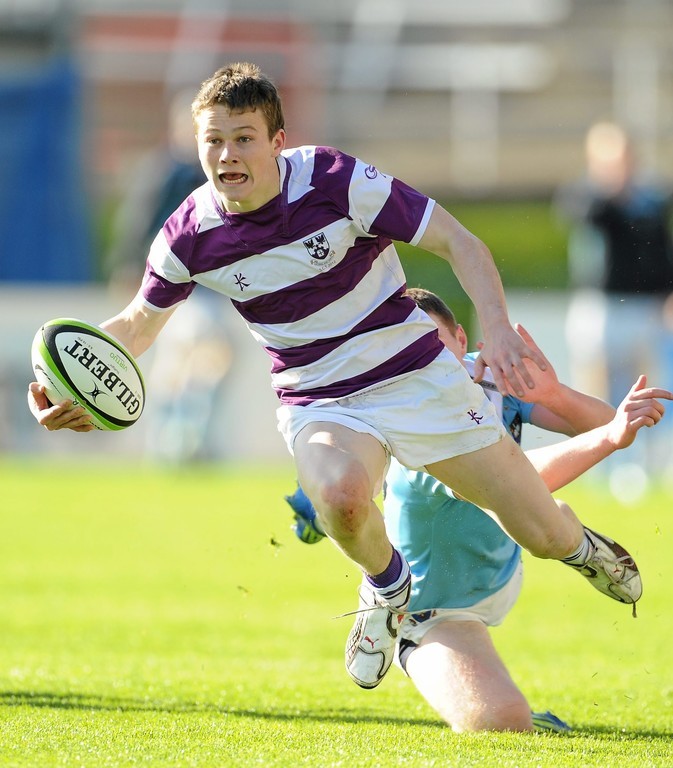 He is quick to cite Leinster's Elite Player Development Officer and now Ireland U20 head coach Noel McNamara and former backs coach Girvan Dempsey for their guidance through this difficult time. They suggested the positional switch after the U20s set-back.

It was his performances in the AIL that attracted the attention of an almighty figure. Due to his attributes, McFarland has an ability particularly suited to the Rugby sevens game. At the time, Ireland's presence in the sport was minimal but it just so happens that he was qualified to play for one of the 16 'core teams' who compete in the World Rugby tournament; Scotland.

Thanks to his grandfather, McFarland was eligible for the Scottish team and was capped in 2014 off the back of his club rugby showings. Edinburgh made an approach which was begrudgingly knocked back. University came first, but the professional rugby ambition was rekindled once more.

I basically wanted to go professional after that. See the difference is that when I went over there, the Ireland sevens wasn’t there so that avenue was closed off. Scotland had quite an established sevens team at the time. I’m obviously quite a small player. To make my mark on the professional stage or a higher level than AIL I needed to make another step up and for me, that pathway was always sevens.

It was something I was quite good at from a young age. Luckily, it has really helped me show what I can do. The opportunity basically came about to play with Scotland because after my degree I got offered a dual contract with Munster and the Irish sevens.

Before Ireland discontinued their programme, Felix Jones was one of the players to play in the last tournament. When David Nucifora announced plans to revive it, Jones happened to be coaching at Munster rugby. This is how McFarland found himself heading towards Limerick in the summer of 2017.

"To play for Munster and to play sevens, I had to be Irish-qualified. But three years before that, I had been capped by Scottish sevens in the Grand Prix, the European tournament. We did our research and we found a loophole. I hadn’t played for Scotland for three years and because sevens is an Olympic sport, I was actually able to requalify to play for Ireland and be Irish qualified in the 15s game by just playing for the Ireland sevens team.

"I just had to play three Olympic qualifying competitions on the series for Ireland and then I would be eligible. The only problem was that Ireland are not on the series.

"I couldn’t play the three I needed to become Irish qualified and get back to the Irish system. It just didn’t quite work out."

Like so often in his career, when that door closed a window opened. At the same time that McFarland was training with Munster, New Zealander Dave Rennie was getting started in his new role as Glasgow Warriors coach. As it turns out, Rennie had an old friend coaching in the Irish club's game, at Clontarf, the club that McFarland played for. 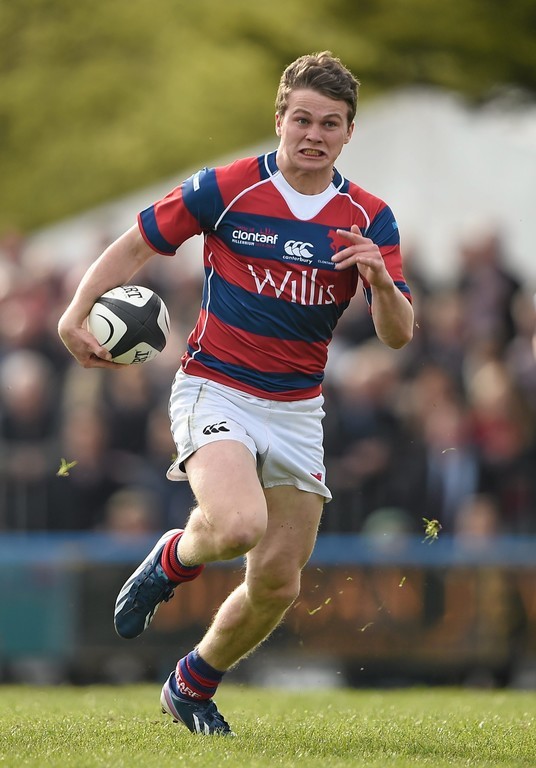 When the Munster route closed, Scotland reached out again and the dream became a reality. At the end of 2017, Max McFarland signed a partnership contract with Glasgow Warriors and Scotland Sevens.

This was the fruition of perseverance as much as performance. Thus, next month the Irish-born speedster will travel to Las Vegas to play in the next round of the HSBC World Rugby Sevens series.

When it comes to the sport itself, McFarland maintains hope that it will ultimately gravitate out of the shadow of 15-a-side rugby. There are, after all, significant differences between the two.

"It needs to get away from being the little brother of the 15s because at the moment it is still used as a development avenue and luckily for me that is perfect. I needed that to thrive. But I love it. The major differences between the two is the resilience and endurance.

"You have to be so fit. Your skills are under constant pressure and there are very few places to hide on the pitch.

You are under the spotlight. You have to be ready the whole 14 minutes through. Your passing, your tackling. It is fine margins. Any mistake you make is going to be seven points down the other end. It is also tactically very different. It's just interesting seeing the different tactics of different teams. Kenyans are very aggressive at the ruck, we basically starve teams of possession.

USA are very good at restart time. They are also defensively good. Then they have rapid boys like Carlin Isles and Perry Baker out wide. I think it is easier to go from sevens to 15s than from 15s to sevens.

As a team, the aim was a top-six finish in the overall series. Scotland are currently placed seventh. "Pretty happy with where we are at," McFarland explains with a beaming smile. It's clear the same applies to him too.

You can watch the full interview with Max McFarland here or listen to it on our podcast platforms.

Rugby
20 hours ago
By PJ Browne
Quiz: Can You Identify These 1990s Irish Rugby Players?
3

Rugby
5 days ago
By PJ Browne
'It Was So Unhealthy, I Had Screenshots Of What This Person Said On My Phone'
6