Meet The Irishman Trying To Help Bring Rugby To America

Rugby in America has had numerous false dawns and unfulfilled promises. After Olympic gold in 1920 and ’24, the game stagnated and failed to grasp public consciousness. It reappeared in the 1970s, with a national body created and the country’s first national team. Gradually school and college programmes have developed until now, when the sport finally looks to take the next step as a professional entity in the United States.

Leading the charge is Irishman and Rugby United New York founder James Kennedy. For any professional league to succeed it must satisfy three main factors, structures, finances and will. When it comes to the first topic, Kennedy is acutely aware of the potential available.

We went to a college combine where high school players show up and with different colleges in New Jersey. There was over 50 colleges at it and 300 high schools. You talk to the lady who runs it and she said 'we’ll add 30 high schools to New Jersey this year.' She dropped that in, just casually; Thirty. This. Year. It has gone past the tipping point. There are 160 high schools programmes in the area, that could easily double in the next few years. As for the colleges, there is another combine tomorrow in the Bronx with 30 colleges looking for players for their programme. It has grown phenomenally.

There are guys like Mark Griffin, an English guy who runs rugby USA. Every week in the city he has 800 kids from inner city schools playing rugby in New York city. The numbers are astonishing. They are mind-boggling. Then they go on, it is no longer just a rich white sport. It’s a very inclusive sport and a way for kids to get out of their situation because of the scholarships and pathways there. You don’t need the gear from American football and there are very few programmes in the city anyway because it is expensive to run.

A key area of those structures is broadcasting. Any league is only as good as its promotion. 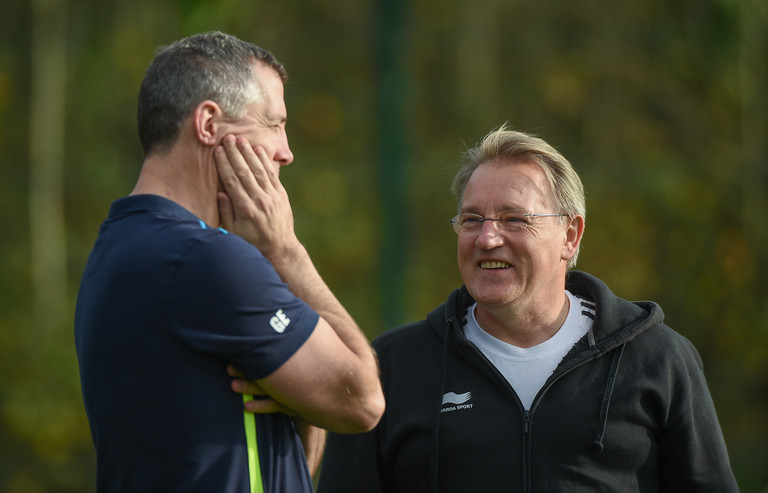 With American broadcasters already on board, the next step could see Major League Rugby televised closer to home, showcasing the huge portion Irish players already involved in the competition.

We are getting there. Just the CBS deal alone, 155 million households on one deal. The OTT (Over-the-top media) deal that is coming pushes online. If we can push on with Sky and RTÉ next. RTÉ specifically because next year, we could have 40 high-level Irish players over here. It would be pretty cheap rugby coverage. A highlights show could be great. It's something that the commissioner is pursuing with RTE and Sky. Just more rugby content.

Sky, RTÉ, even TV3 have made a lot of moves in Rugby. It is all there for them. Then you see Pro14 going to Premier sport which is online, the reason they did that is the cheaper subscription and more eyes on that platform. The TV landscape is evolving so much.

Ever since former Blackrock student AJ McGinty came to the USA and played for the country in the Rugby World Cup, fellow Irishmen have followed him over looking for similar exposure. Kennedy does not view this as a negative, but as a valuable opportunity for their team-mates.

It is kind of funny, it's like what Irish rugby said about South Africans a few years ago. 'There are so many, what are we going to do.' In America, there are so many Irish and South Africans coming in, but it is healthy. They raise the standard of the guys around them. They come in young. A Marcus Walsh doesn’t come out to train and just be okay. He is aggressive, 'no you don’t do it this way' or 'you haven’t done your S and C probably.' 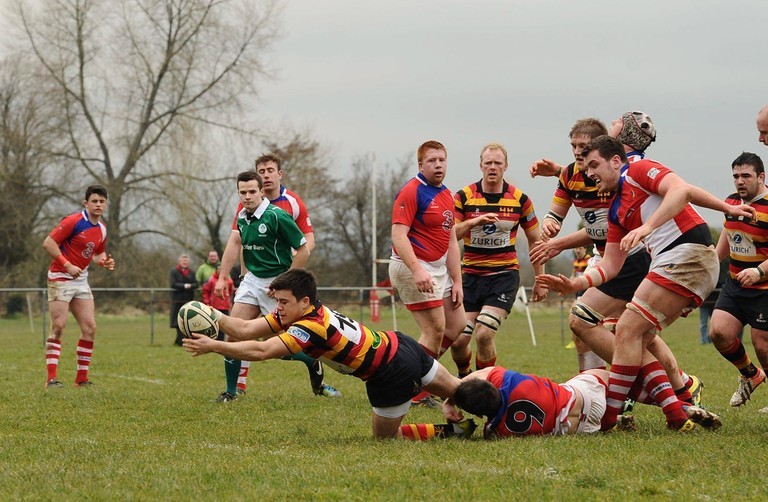 As can often be the case with developing sports, it is not only the players who need to be brought up to speed. Having played in the Irish schools game before moving to America and socialising with the Irish athletes now in the league, Kennedy knows the monumental process that goes into to developing players. The next step is to develop that knowledge throughout the country:

'Most of those programmes aren’t good enough but the will is there and the bodies are there. The major challenge is developing coaches.'

When I travel around New Jersey, New York, Connecticut, and when you ask what they need, they say 'help us be better coaches, we don’t know what we are doing. We are following web programmes here.' They don’t really know every athlete or aspect etc. We need to address it, but there is a refreshing honesty in them saying that.

If there is one certainty in determining the success of any venture, whether it be sport or otherwise, then it is this: It is all about the money. Ultimately, the league needs to be viable and sustainable. Kennedy's investment will not give any real return anytime soon. But it has to be that way.

It is modeled on Major League Soccer, a single entity league where players are centrally contracted so that means a couple of things. The owners pay into the league, we pay in a year in advance. Our money covers the wages, the league's overheads a year before. That is a basic safety, a fundamental safety of any business. The players are also centrally contracted but it is good in America because it stops an outsider coming in and making a superteam in America. People have talked about doing that and talked to me about trying it. That is not good for the US, it’s the Harlem Globetrotters. It doesn’t do anything for rugby or America. For the league to be good, every team has to be equal but you can't dumb down quality, you need to uptake. The emphasis ensures that Denver and Salt Lake are as good as Houston and New York.

That constantly pushes us to raise the bar, the financial model makes us do that. It is a safety valve.

There is no quick fix for Pro rugby to suddenly flourish in America. It will take time, but the people behind it are willing to give it that.

MLR came with this, they were like 'you will not make money.' It will lose money for a long time, you need to stay the course and follow the example of MLS. It will build over the time. It is not cash return business, it is building equity business.

They are very serious about it. Obviously, mistakes of the previous league are fresh enough that we are all conscious of the chance of failure.

James Kennedy and Rugby United New York are hoping to finally bridge the gap, and are doing everything in their power to make it a success.

I think it will be, and I'm putting my money where my mouth is!