Former England international Mike Catt is set to join Andy Farrell's coaching team upon the conclusion of this year's Rugby World Cup, according to reports.

According to The Irish Independent, the IRFU will confirm the arrival of Catt in the coming days, though he will not take up the new role until after the World Cup.

Catt earned 75 caps for England and another for the British and Irish Lions during his playing career, where he earned a name for himself as one of the most versatile players in world rugby as he earned caps at outhalf, fullback, centre and wing.

The South African-born back took up coaching before his playing career had even ended, serving as the attack coach at London Irish in a player-coach capacity for two seasons.

The 47-year-old, who won the World Cup in 2003, worked with Farrell during their time with the England set up, with Catt serving as the backs and attack coach under Stuart Lancaster before Eddie Jones cleaned house upon taking over as head coach. 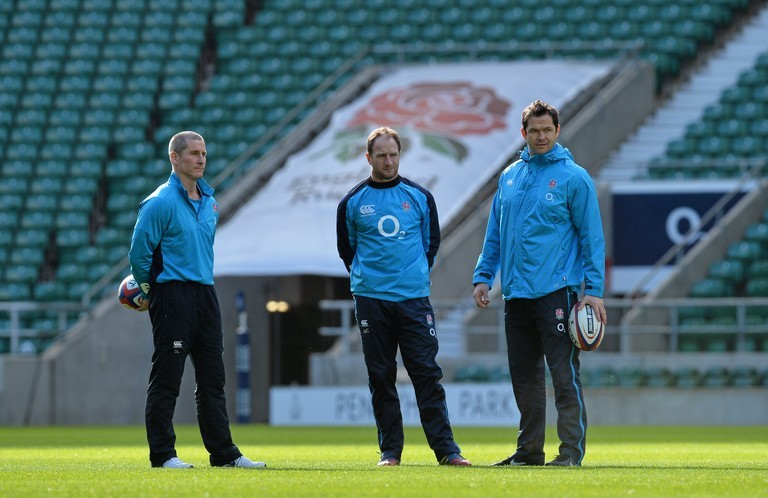 Most recently, Mike Catt has served as part of Conor O'Shea's background team at Italy since 2016.

The IRFU have already confirmed that Farrell will take over as head coach of Ireland from the departing Joe Schmidt, who will step down at the end of the World Cup in Japan.

Meanwhile, Ireland's preparations are underway for the Rugby World Cup. Joe Schmidt announced an initial 44-man training squad for the summer, which will eventually be cut down to 31 names.

Ireland open their tournament in September 22 when they take on Scotland, before facing hosts Japan six days later. They close out the pool stages with games against Russia and then Samoa.

If they make it out of the group, one of New Zealand or South Africa will likely await in the quarter-finals.

Read More: The 5 Biggest Takeaways From The Champions Cup Draw For The Irish Provinces