In early 2001, Irish professional rugby's already meagre fixture list had a few items removed from the menu when an outbreak of foot and mouth disease brought the country to a halt.

Ireland's final three games of the Six Nations - away to Scotland and Wales, and at home to England - were postponed until the autumn.

Prior to the Six Nations, Munster had beaten Biarritz 38-29 in a bruising Heineken Cup quarter-final at Thomond Park.

This was the season before the beginning of what would be called the Celtic League, now known as the Pro14. The Irish sides had played their interprovincial games long before Christmas.

With their semi-final against Stade Francais to be played on April 21st, it meant Munster would be three months without action heading into the game at the Stade Nord in Lille.

The Six Nations postponements was also a problem for the Irish players with ambitions of heading to Australia that summer with the Lions.

Many, like Brian O'Driscoll who lined out for Blackrock, got game time with their AIL clubs but it was a snack compared to the main course required. While playing for Cork Con against St Mary's, Ronan O'Gara was 'cut in two' by Trevor Brennan and was put out of action for three weeks.

The solution: on Good Friday, eight days before the semi-final, Munster would play a Rest of Ireland selection at Thomond Park. A similar match had taken place as a World Cup warm-up in 1999 with Munster winning that day. 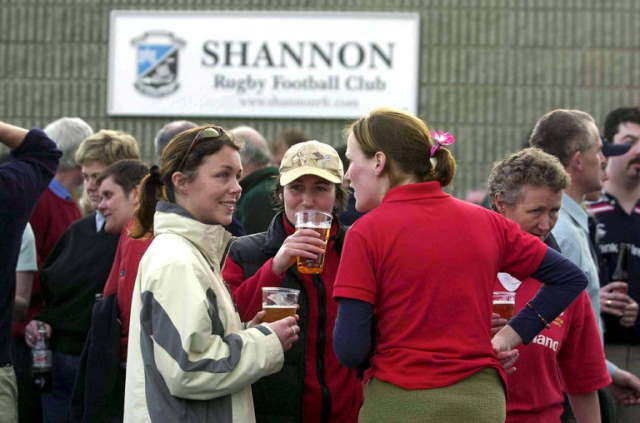 Rugby fans drinking pints after the match between Munster and Rest of Ireland at Thomond Park in Limerick. Photo by Brendan Moran/Sportsfile

That year, O'Gara bought his first house with his clubmate Donal Lenihan - also manager of the Lions - sorting out the mortgage in Irish Permanent. Lenihan was there in Thomond Park along with Lions head coach Graham Henry and assistant coach Andy Robinson.

"It was basically a final Irish trial for the Lions," says O'Gara in his first autobiography.

"The Munster players would have another chance in Lille but for other guys it was shit or bust."

"It was far from a friendly arrangement as a second-half punch-up involving Mick Galwey and Eric Miller among others illustrated," reported Mick Cleary in The Telegraph.

Dion O'Cuinneagain had only flown into Shannon four hours before the game. So, playing at blindside flanker, a 22-year-old Donncha O'Callaghan was given his first start of the season.

"I nailed it," recalls O'Callaghan in his autobiography.

"I was so pumped up that I accidentally broke Victor Costello's arm in a tackle. I was running around like a fella with my hair on fire, as Eddie O'Sullivan used to say. Dion came on for the last 20 minutes but I knew I'd done enough to make them think seriously about me for the semi-final."

Munster won the game 24-22 with a try by Anthony Foley and two from Jeremy Staunton. Eric Miller, Brian O'Driscoll, David Humphreys and Tyrone Howe all touched for the Rest of Ireland XV. 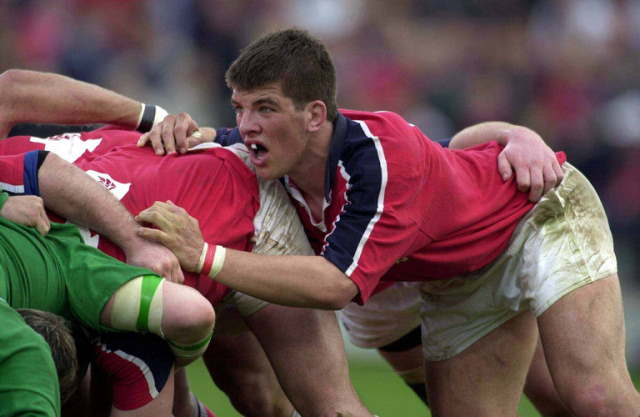 "I was fierce rusty," O'Gara said about the game.

"Started well and faded. Landed three kicks and missed four. I was desperate to find the form I'd shown two months earlier but I probably forced it too much. If the Lions selectors came to Limerick looking to be convinced about me they would have left unconvinced."

The following weekend in Lille, Munster fell just short of reaching their second European final in a row. They lost 16-15 to the French side in a game which saw John O'Neill controversially denied what appeared to be a perfectly good try.

For O'Gara, there would be a consolation. Along with fellow Ireland internationals David Wallace, Keith Wood, Jeremy Davidson, Malcolm O'Kelly, Brian O'Driscoll, Rob Henderson and Tyrone Howe he would be part of the Lions trip that summer.

CJ Stander: 'Sometimes People Come Out With The Weirdest Stuff, That Hurts' 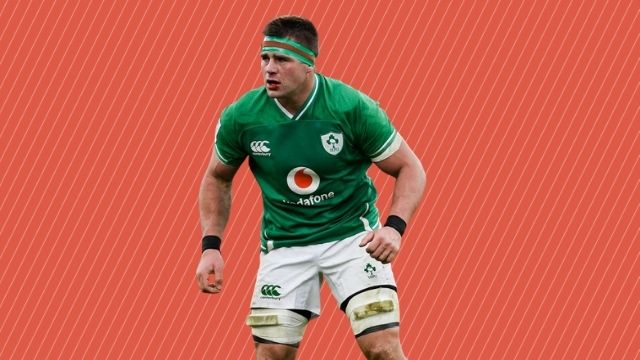 Rugby
3 weeks ago
By PJ Browne
Best Of 2021: 'My Son Played GAA And Rugby. He Met People From All Aspects Of Northern Ireland'
25

Irish Life
3 weeks ago
By Balls Team
12 Of The Greatest Pieces Of Commentary In Irish Sport
Rugby
3 weeks ago
By PJ Browne
Best Of 2021: 'My Son Played GAA And Rugby. He Met People From All Aspects Of Northern Ireland'
Rugby
3 months ago
By Balls Team
13 Opposition Quotes Which Prove The Greatness Of Paul O'Connell
Popular on Balls
Basketball
4 hours ago
By Eoin Harrington
Kieran Donaghy And Tralee Warriors Claim National Basketball Cup Title In Tallaght
Rugby
4 hours ago
By Colman Stanley
Michael Lowry Backs Up Farrell's Faith In Him With Superb Display For Ulster
Rugby
7 hours ago
By Colman Stanley
Jimmy O'Brien Announced His Arrival On The Biggest Stage This Afternoon
GAA
8 hours ago
By Eoin Harrington
Watch: Outrageous Score Helps Ardscoil Rís To Dr Harty Cup Victory