After a tight and error-strewn first half, Munster went down the tunnel with an 8-3 lead over the Ospreys at Thomond Park.

For one Munster 'fan', however, the evening drew to a premature close in acrimonious circumstances.

On 31 minutes, as Dan Biggar lined up for a shot at goal from a tight angle and the typical Thomond hush fell upon the stadium, one obnoxious eejit decided to bellow in Biggar's direction. The Welshman's kick was subsequently pushed wide right.

It's understood the fan had been acting in an untoward manner for most of the first half before that, but his actions during Biggar's kick resulted in a lengthy standoff between himself and a steward, who warned him to conduct himself appropriately. However, after being verbally abusive towards this same steward, a garda intervened and asked that the fan leave the ground.

Munster supporters in that area of the stadium reportedly applauded attempts to have the fan removed due to his behaviour during the opening half-hour, and his shouting during the kick.

According to one Munsterman who wished to remain anonymous, a number of the Red Army in that section of the stand began chanting "OUT! OUT! OUT!" in the direction of the perpetrator as he argued with authorities from his seat. 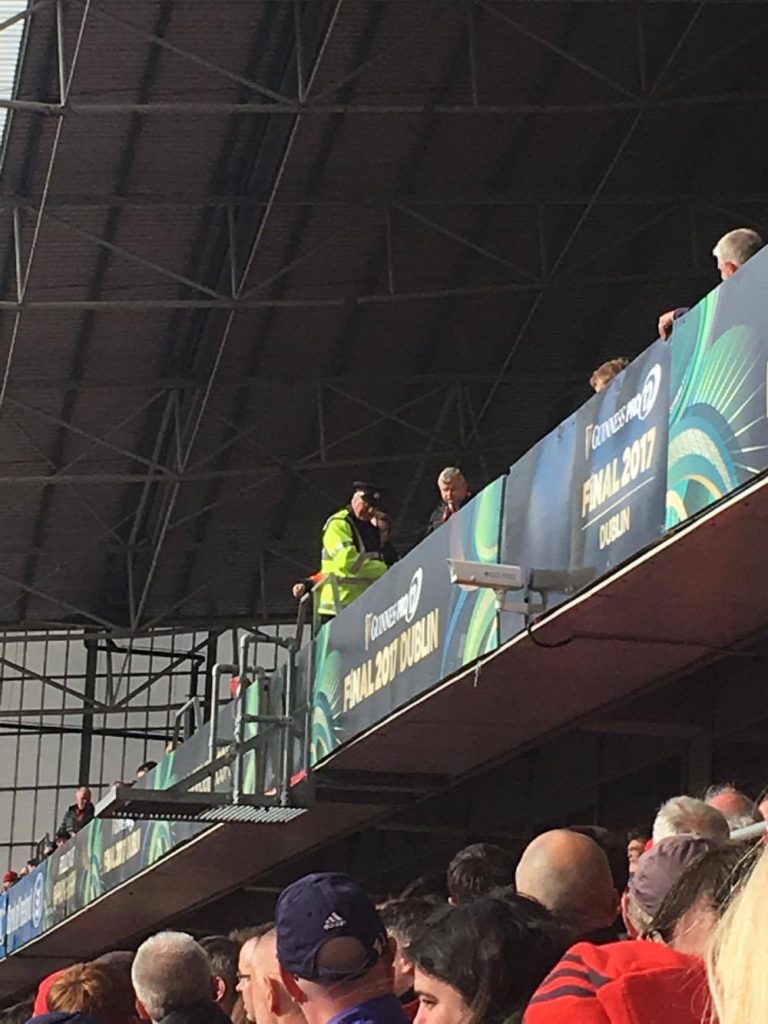 The fan - aware a couple of hundred people sat around him had vociferously turned against him - then left his seat of his own accord, and followed the garda in question up the steps towards the exit. It sparked an obligatory chorus of 'Cheerio' from Munster supporters in that general vicinity.

As per Murray Kinsella of The42.ie, Munster have since confirmed that the fan was ejected from the stadium for verbal abuse and being drunk and disorderly.

Munster fan kicked out of Thomond for shouting at Dan Biggar

Supporter has been escorted out of the stand! pic.twitter.com/3EdGmAaL4S

If you have a story for Balls, hit us with an email at [email protected]

Rugby
5 months ago
By Michael McCarthy
Ireland's Best Novembers And How They Fared In The Following Six Nations
Gaming
7 months ago
By Balls Team
Remembering The Monster That Was 99 Overall Brian O'Driscoll In EA Sports Rugby 06
Rugby
1 year ago
By Michael McCarthy
Quiz: Name Every Full Irish Rugby International Of The 2010s
Popular on Balls
Football
1 day ago
By Luke Delaney
Spanish Police Fear Chaos In Seville For Europa League Final
GAA
2 days ago
By Luke Delaney
Andy McEntee Describes Jordan Morris's Red Card v Dublin As 'Laughable'
Football
2 days ago
By Colman Stanley
The Admirable Reasons Why Mark Noble Chose Not To Play For Ireland
Rugby
2 days ago
By Colman Stanley
Twitter Turns On James Haskell After Disrespectful Comments Towards Women's Rugby