Middling and meandering. The theme of Munster's season. Make no mistake, this was a great escape rather than a great performance.

The Italians came to play. They limited Munster to just six points in an hour whilst scoring one try of their own. It could have been more, if not for a handling error and isolated runner respectively.

No tries tells a tale. If ever a game demonstrated the attacking flaws that have haunted Munster all season, this was it. Side-to-side, slow and uninspired, single-fill throughout. It finished 15-13.

A loss would've been a disaster, but once again it's an ugly win. Munster live to fight another day. 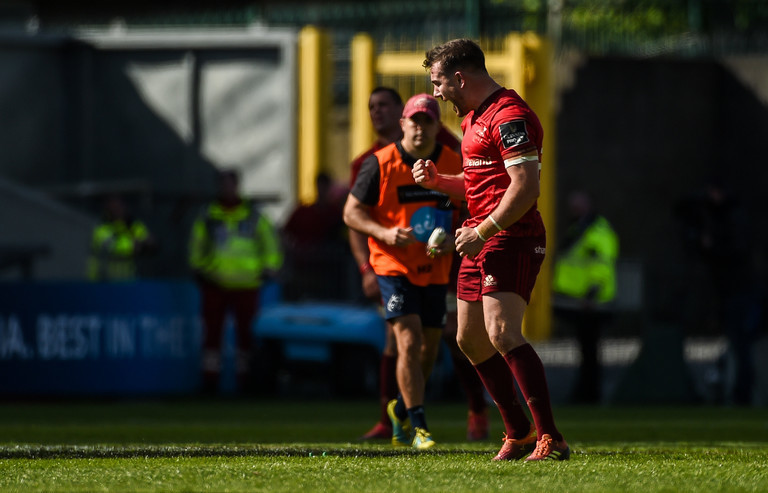 Conor Murray's positioning deeper gave Munster another receiver for kicks to the backfield. Carried well with some lovely offloads and one great break in the first half. Unfortunately, too often it was in isolation.

There is no harder-working winger in Irish rugby. Chases and commits to everything. In the post-match inquest, Munster will need to work a way to get him on the ball more.

Started with a brilliant carry up the centre and tip back. Effective with and without the ball, running great lines as a decoy and showing some lovely hands with an out the back offload which led to a Munster penalty. 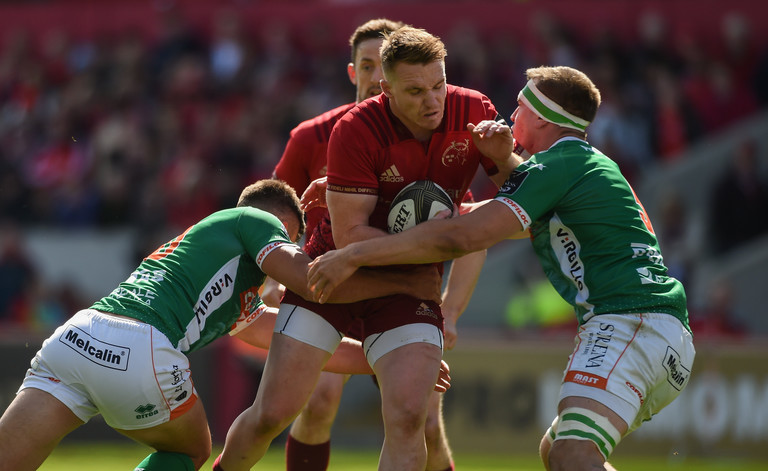 Brilliant left-footed kick against the run of play to put Benetton under big pressure. Munster clearly identified the poor kicking options in their opponent's backfield. Massive effort in defence.

Lovely offload off the touchline to kick things off. Great stuff back inside for his try chance. Superb catch over his head and immediate kick deep just before half-time. 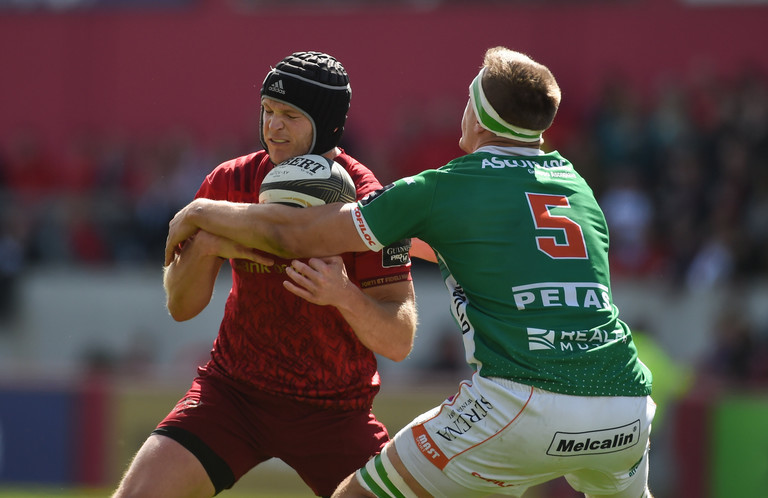 Two aimless kicks at the start typified much of Munster's issue right now. His attacking kicking game is strong, he converted penalties but in terms of creativity or carrying to the line, Bleyendaal has failed to deliver in recent weeks.

Speaking on Eir Sport, Donncha O'Callaghan felt the players had to shoulder some of the blame: "At the moment it's very sporadic... this should be player's responsibility. It's up to players, don't be looking to coaches."

At the same time, the evidence against Saracens and in the Pro14 should have been a factor in selection. The last time these two teams played JJ Hanrahan was man of the match. Munster were at their most threatening when he was on the field against Saracens. Today he came on after 47 minutes to save the game.

On his return from injury, kept the tempo high when he could and box-kicks were on the money. Didn't ask enough questions of Benetton pillars, but this was more indicative of a limited attacking structure than anything else.

The only area Munster really dominated was in the scrum and much of that was down to Kilcoyne. The most tackles of any Munster front row by a considerable distance.

Good work in defence to hold up Bigi and allow Cloete to steel. Near perfect in the line-out and scrum. Replaced by Kevin Beirne after the hour mark.

Came into the team instead of John Ryan and there was no drop-off in the set-piece. Not much more contribution in the loose, however. Two missed tackles and two carries. Replaced after 50 minutes.

Huge, huge shift. 17 tackles, only two missed. A monster at the breakdown. Big moment in the second half as Benetton hammered away at the line and Kleyn worked like a dog to keep them at bay.

Nine carries for just five yards and six tackles before he was replaced by Billy Holland. Had a good season but playing like a man who needs a break.

Plenty of heart in defence and a magnificent impact in the line-out.

Munster struggled with the balance in their back-row against Saracens. Cloete brings something different. Started well with a strong steal after five minutes. Followed it up with another a minute later. 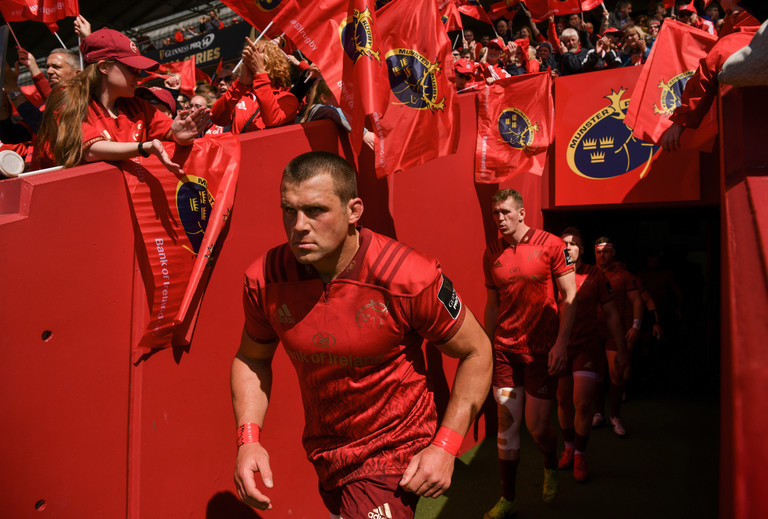 Awful decision-making throughout. Straight up carrying when wide options were available. Lucky to win a penalty when held up early in the game, after some placement issues Munster failed to make it count. Again in the second half, Munster turned over and instead of going wide Stander picked off the back of a ruck and carried up the middle only to be swallowed by defenders.

On top of that, compounded issues with two penalties in quick succession for changing his bind and then infringing at the breakdown. Did his best to make up for it at the end with a big turnover, although arguably lucky given his forearms were on the ground.

SEE ALSO: 'When I Started Off I Was In A Desperate Place, I Was Homeless'