Wrapped up in a fevered atmosphere with bite, blunders and brilliance sprinkled through, Munster mustered a Champions Cup quarter-final spot with a taut 9-7 victory over Exeter Chiefs at Thomond Park.

For the viewer, it was frantic and fantastic. Always pulsating, often messy, Johann van Graan's side toiled through a determined Premiership outfit. It was an uninspiring offensive performance that never looked likely to deliver a try. Winning ugly as opposed to winning accurately. However, Munster will not and should not care.

By hook or by crook, this team get the job done. They are in the final eight in Europe, England are once again limited to one representative in the quarter-finals. 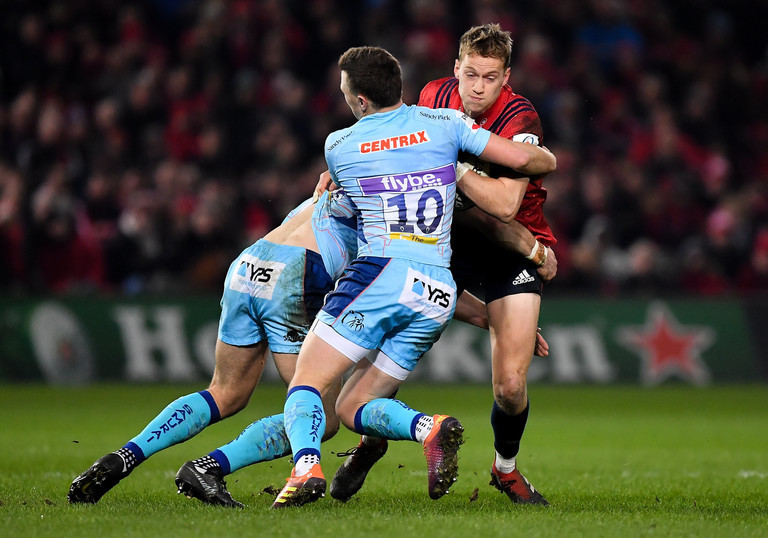 Strong under the high ball and put his big boot to work with some long return kicks. Never really got an opportunity in attack.

Van Graan will be infuriated by the number of unnecessary errors they made throughout this game and the same is true for Conway. He knocked on a take in the first half and knocked on at the base of the ruck in the second. Both were likely the result of over-eagerness but it killed continuity. Sensational take to give Munster much-needed field position midway through the second half. Tried a chip over the top and kicked straight into touch.

Farrell is a fascinating prospect in Irish rugby, due to his unique combination of powerful running with fast footwork. Clever in defence, shot up out of the line and forced a long pass to an exposed Slade which allowed Keith Earls make a big hit. 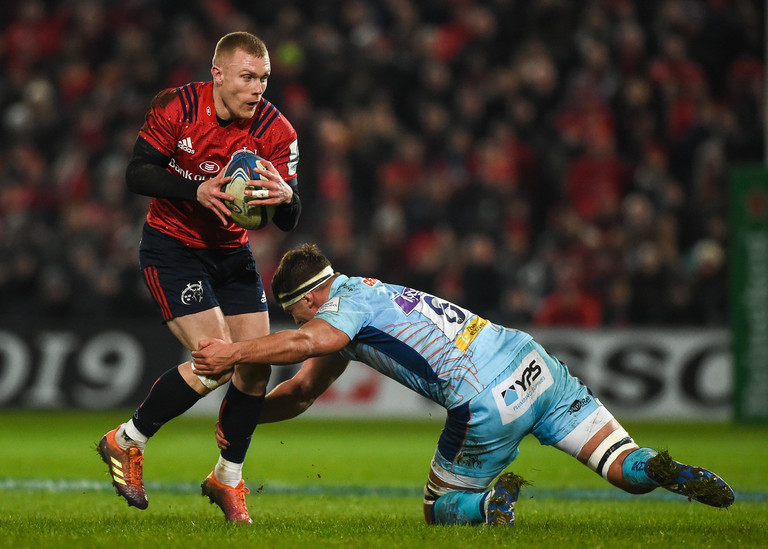 Exeter were clearly well-drilled and understood Munster's attacking gameplan, a large part of that is shutting down Earls. The Moyross man was by in large kept quiet and moving forward Felix Jones will no doubt look to expand his strike-plays to further involve an electric back three.

Kicked the game's first points from the tee, nailed another two to bring it to 20 successful kicks in a row. Dropped into the hole as out-halves often do in defence and was strikingly comfortable under the high ball. Especially when his opposite number, Joe Simmonds, was not. Nailed a huge penalty with eight minutes left to kick Munster into the lead. Six tackles in defence.

Murray has developed his box-kick to become a real weapon, with great height and depth in his kicks. Yet his decision-making in attack was at times poor. He forced an inside pass to Keith Earls early in the second half which resulted in a squandered opportunity and a turnover. On the hour-mark, he went alone down the blindside with Munster five metres short and got turned over again. Taken off with fifteen minutes left for Alby Mathewson. A mixed bag. 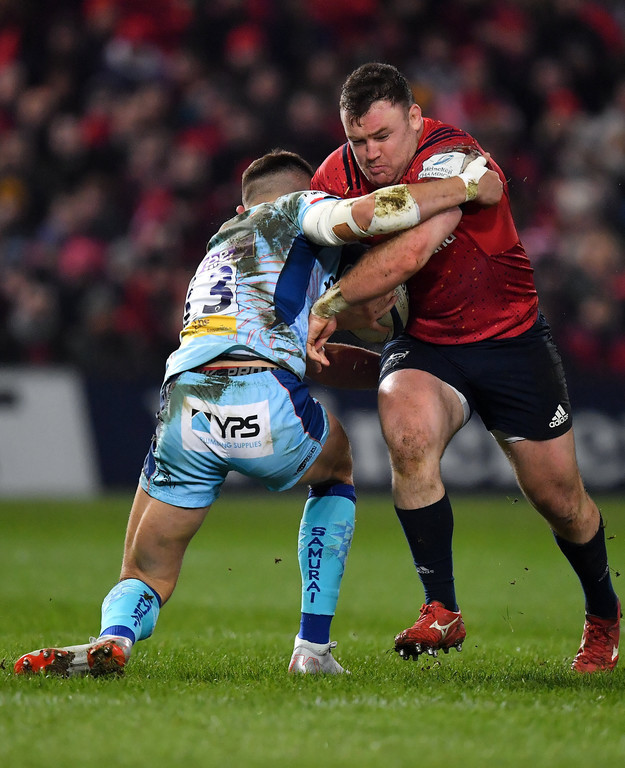 A phenomenal 17 tackles without missing one. The UL Bohemians man is in the form of his life.

Conceded the opening penalty that allowed Exeter kick to the corner and maul over. 100% with 13/13 in the line-out.

The tighthead missed three tackles, but that must be taken in context. In the first half, Ryan made the second most tackles of any Munster player. His work on the fringe was terrific and he was never bypassed in defence. Scrummaged well. Replaced by Stephen Archer just before the half mark.

His physical ability, both at the breakdown and around the pitch, is now renowned but Beirne is equally a remarkably intelligence operator. His timing is perfect, whenever he commits to a poach he is either stealing the ball or delivering a penalty. Two turnovers. Slight concern at the end when he was taken off injured. Man of the Match. 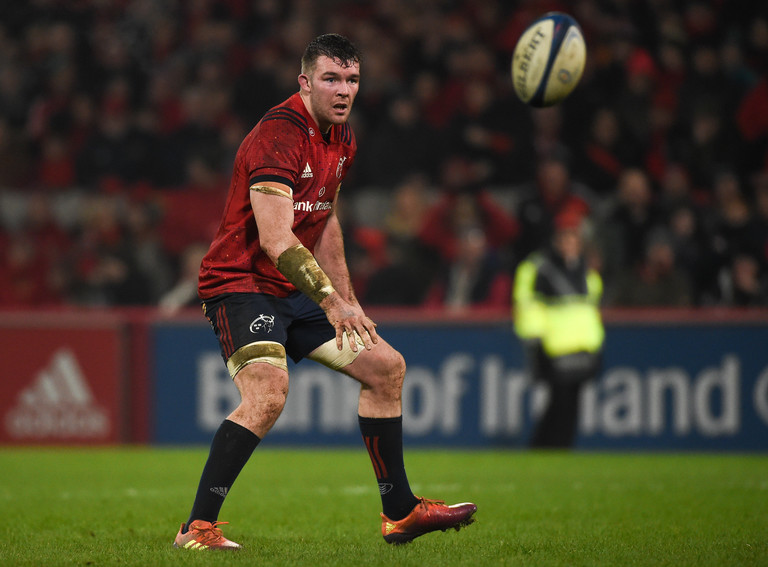 For a man of such ferocious determination on the field, his coolness throughout is a huge asset. Munster were in no doubt when it came to key decisions, choosing to go to the posts at key moments. This was about the result, not the performance. A great defensive display.

Typical work-rate in defence. The openside took a big knock during the final play of the game and while Munster's mistake in not kicking the ball out did not cost them a score it did cost Tommy O'Donnell the game as he was replaced at half-time by Arno Botha.

Stander was fired up from the onset. Delivered a huge steal just after half-time. 21 tackles, missed three. This was a pack-led showing, a throw-back to the Munster of old and Stander epitomised that. 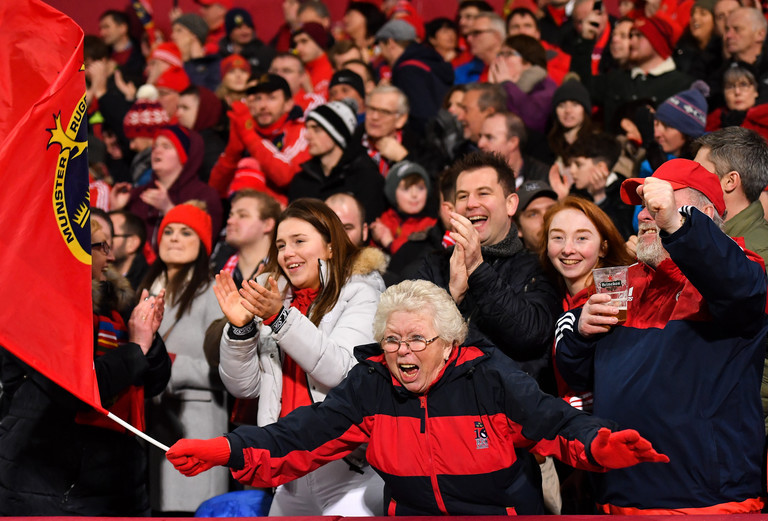 Arno Botha came on and was powerful in defence but slapdash in attack, knocking on with Munster in a promising position. Billy Holland made an immediate impact, stealing at the line-out. There was no drop off in the set-piece after Stephen Archer and Jeremy Loughman's introduction. Alby Mathewson guaranteed quick ball.

This was a mighty if not magnificent win. Work done, but more to do. Munster march on.

SEE ALSO: Zebo Opens Up On The 'Disappointing' Abuse He Suffered During Champions Cup Game

Rugby
5 days ago
By Gary Connaughton
Ronan O'Gara As Worried About Top 14 Clash As He Is About Champions Cup Final
Rugby
1 week ago
By Colman Stanley
'If Their 2nd Team Was In The URC They’d Be Top 6': Pundits Heap Praise On Leinster
Rugby
1 week ago
By Colman Stanley
Leinster Players Dominate European Player Of The Year Shortlist
Popular on Balls
Football
11 hours ago
By Luke Delaney
Obafemi In As Stephen Kenny Names 27-Man Nations League Squad
GAA
1 day ago
By PJ Browne
How A Kerry Guard Ended Up Playing For The Tipperary Footballers
Football
9 hours ago
By PJ Browne
Five Things Learned From Stephen Kenny's Nations League Press Conference
Motorsport
1 day ago
By Eoin Harrington
F1: New Team Radio Clips Show Sergio Perez Frustration With Team Orders In Barcelona