The Munster Player Ratings After Storming To A Home Quarter-Final

The permutations were at an all-time high come kick-off between Munster and Castres. The game was delayed due to water on the pitch, which meant Munster were aware of Racing's win. Their faith was entirely in their own hands.

Munster started with the same team as last week and struggled to come to terms with the conditions early on. They went behind thanks to a brainless penalty but by half-time had the score back to 13-3 and kept the scoreline ticking over until they achieved a monstrous 48-3 win.

Given the upheaval this team has gone through this season with the contract situations and their head coach, for Munster to top their group in the fashion they did was a phenomenal achievement. 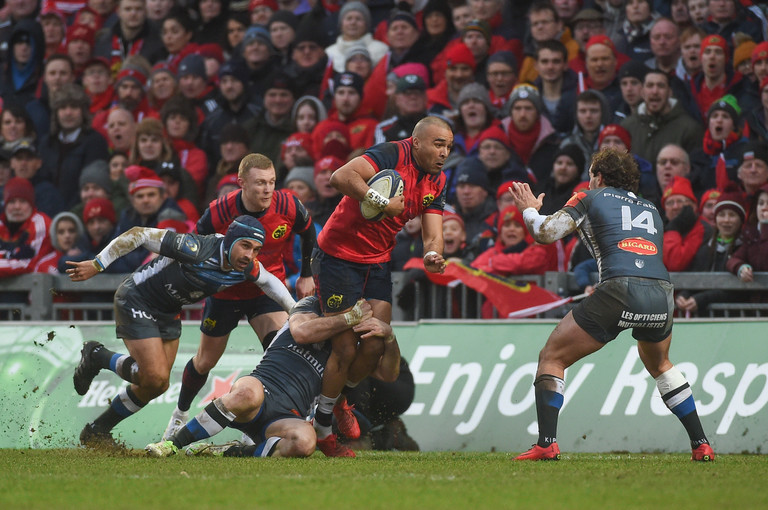 In the opening exchanges Castres rained balls down on Zebo but they never troubled him. Stood into the line as a first receiver which seems to be a new exit strategy. Quick hands for Earls try. Finished with an absolutely spectacular try that demonstrates all that he is about. Zebo appears to be determined to show Irish rugby what they will be missing.

Never really got into the game. Two tackles and three carries.

Made a nice break that unfortunately came to nothing just before half-time. Interesting deployment today in that he was used as a decoy runner more than a ball-carrier. It was a successful tactic though as it freed his centre-partner to make such crucial gains.

A really dedicated ball-carrier who refused to accept initial contact. Despite the fact he was usually the first carrier, he made an impressive grand total of 25 metres. 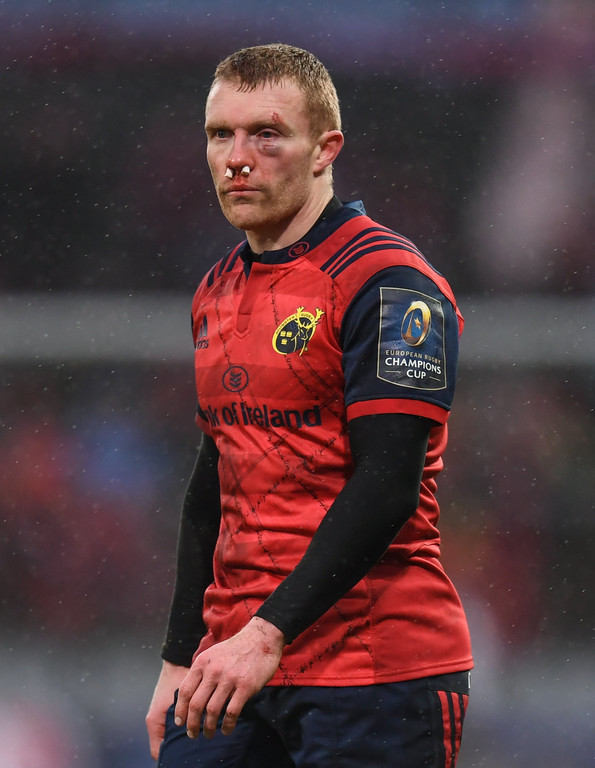 Took a huge hit which resulted in a prolonged break in play as he received treatment, but Earls remained on the field. 30 seconds later some exceptional pace and great body position saw him touch down for Munster's first try. Expertly created Zebo's try with magnificent feet and great patience. The man is a machine. 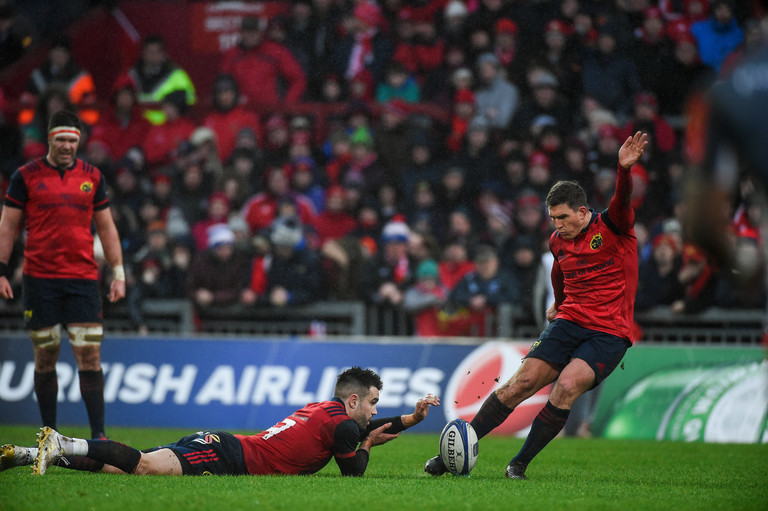 Flawless from the tee and did little wrong with play in hand. 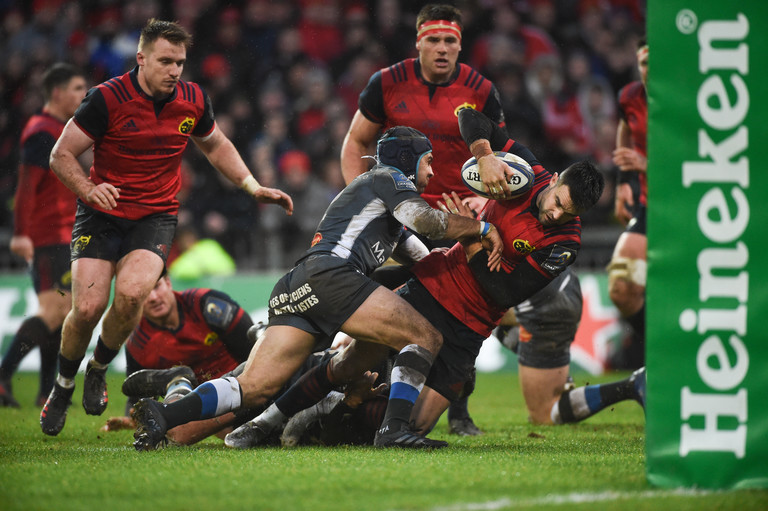 Managed the referee very well in the face of some odd decisions early on. Kicked well which was highlighted by some horrendous returns from the Castres back-three as they struggled to collect or return ball accurately. Fantastic quick-thinking for Munster's first try.

Replaced early on by James Cronin, just can't catch a break with injuries.

Munster sacrificed a great opportunity early in the first half when Marshall failed to clear the first Castres pod. Finished a great line-out drive shortly after. Needs to impose him on the game more outside of the set-piece. Finished with a total of 3 tackles, one of which he missed.

Always a rock in the scrum. Was replaced by John Ryan shortly after half-time.

Munster were enraged with the referee's interpretation last week and maintain they do not have a discipline problem. For Kleyn to concede the first penalty by slapping his opponent after Munster were originally awarded the penalty was unbelievably foolish and costly. Responded quickly with a huge carry. By the second-half had redeemed himself but something to be aware of as the stakes rise. 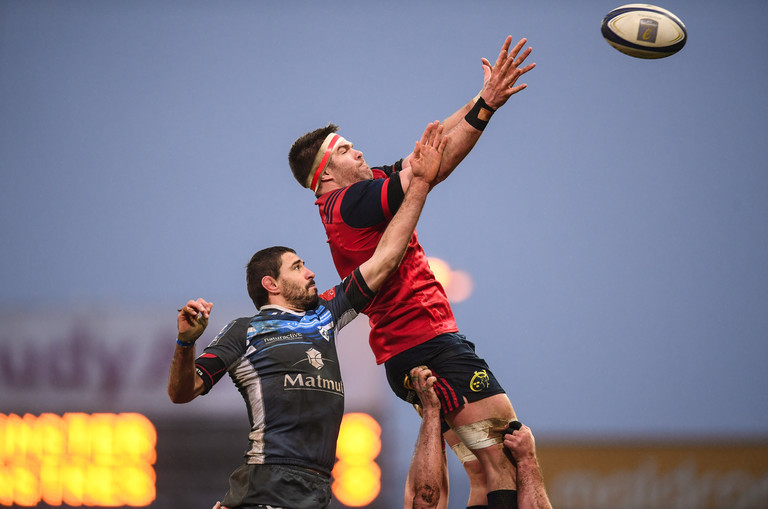 You get the sense throughout Munster's wins Holland doesn't get the credit he deserved. Munster's initial phase was routinely a Scannell crash up the middle. It is incredible the number of times Holland is the first player to that ruck with a rapid clean-out.

After a quieter than usual performance last week O'Mahony responded with a terrific display today. His tackling was ferocious and he only missed one. Called the line-out well but beyond all the technical aspects when Munster needed a leader O'Mahony stood up. A superb captain.

Good work at the breakdown although a more picky referee would certainly have punished him for his pace in rolling away. The second-highest carries with ten. 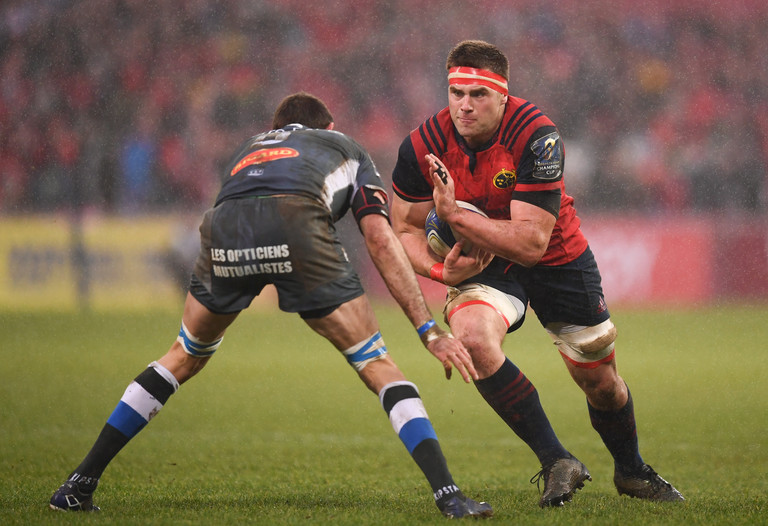 Munster altered line-outs today and Stander jumped more than usual but collected well. Made a huge 8 tackles and 14 carries. A monster. 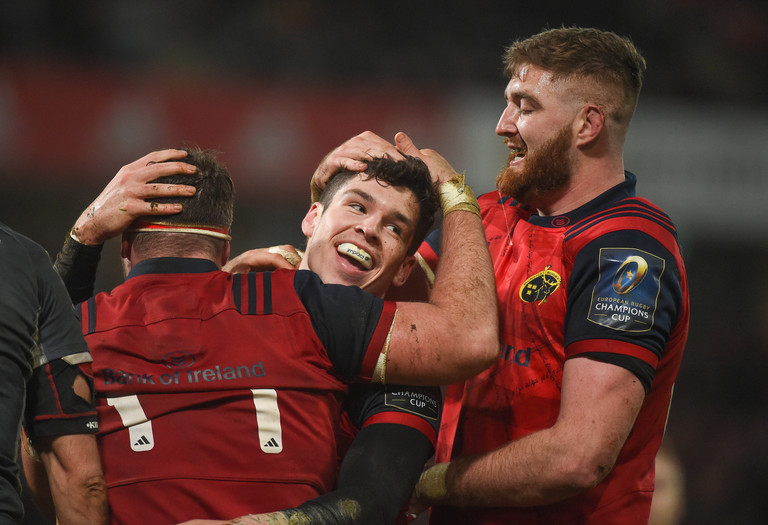 James Cronin came on and instantly won a penalty at scrum-time. John Ryan destroyed the loosehead ultimately forcing a penalty try. Van Graan seems to favour early changes and when the squad is as strong as it is, that seems a clever strategy. Jack O'Donoghue once again impressed off the bench and is just unlucky he has a talent like Cloete ahead of him in the starting position.

Munster can eagerly look forward to a home quarter-final against French opposition. Today their leaders stood up, especially in the second-half. They managed the game expertly despite the conditions. For their fans, even with a delayed kick-off, today's performance was worth the wait.

Rugby
3 months ago
By Gary Connaughton
People Couldn't Get Over The Officiating In Castres' Loss To Harlequins
Rugby
4 months ago
By Jonathan Byrne
Crowley Shows Promise For Munster In Last Gasp Champions Cup Win
Rugby
4 months ago
By Colman Stanley
How To Watch Munster vs Castres: TV Listings And Team News
Popular on Balls
Football
21 hours ago
By Luke Delaney
Europa League Final: Five Arrests As Frankfurt Supporters Attack Rangers Fans
GAA
1 day ago
By Luke Delaney
Jackie Tyrell Calls For 'Accountability' For Players Who Feign Injury
GAA
22 hours ago
By PJ Browne
'I Had Some Troubles In My Later Teens. GAA Wasn't A Big Thing For Me'
Football
1 day ago
By Colman Stanley
Wagatha Christie Trial Sheds New Light On England's Euro 2016 Disaster