Munster Players Suffered Burns After One 'Threw Petrol Over The Fire'

Damian De Allende says that he and three other Munster players suffered burns over the weekend after one of them threw petrol on a firepit which they were sitting around.

It was said that Haley and Stander suffered burns to their hands and may be able to return to training this week.

The injuries sustained by De Allende and Snyman were "more substantial burns to legs, hands and face". Both players were named in the South Africa squad for this summer's series against the Lions.

"We were just sitting around the fire and one of the boys threw a bit of petrol over the fire and then it caught his hand and he just tried to put it down on the floor and then the whole thing caught alight and exploded," said the 29-year-old.

The centre agreed that the outcome of the accident could have been much worse.

"Yeah that’s what we’ve been saying, they thought it was a lot worse when we went into hospital on Saturday night but when we saw the specialist on Sunday he said it wasn’t as bad as they got told," he said.

"We should be okay in a few weeks hopefully."

Munster head coach Johann van Graan said all at the province "are hugely relieved that the lads are all ok".

Watch: Leicester Vs Bristol Ends In Controversy And Chaos As Sideline Row Erupts 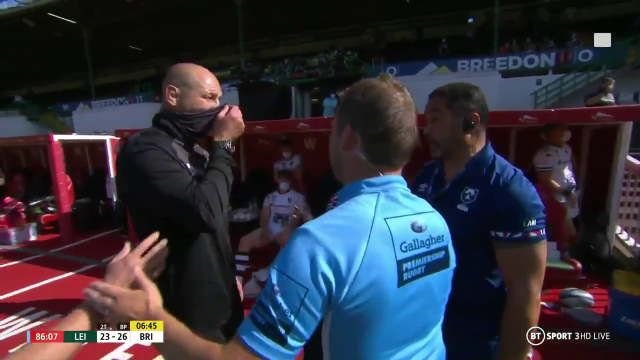