The Munster Race Should Be The Craic 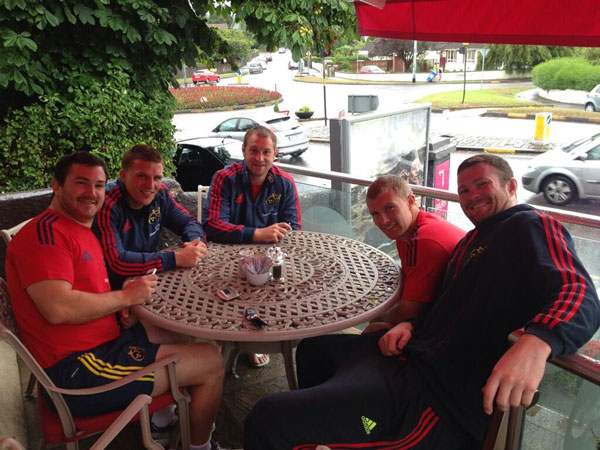 Yesterday, Ulster Rugby held a team building exercise where groups of players had to make their way from Belfast to Bundoran in Donegal.

Today, Munster are having a similar event called the 'Munster Race'. Six groups of players are going to be dropped at various locations around the province and then have to make their way to Youghal by Thursday evening. Like the Ulster players their Munster counterparts will have to complete various tasks along the way.

It looks like some of them have managed to get fed anyway, which is a decent start.

What a great start to the day Thanks @italianfoodie for the food. One of my fav restaurants in Limerick #munsterrace @Munsterrugby

Not all of them though.

Given the 'interesting' pictures posted by many of the Ulster players on Twitter, the Munster race should be pretty amusing to follow.