Young Guns The Shining Light As Munster Scrape Past Castres

Munster were made to work hard for their victory this evening, but also made it hard on themselves. They will ultimately be left with an empty feeling following their 19-13 win. They struggled to break down Castres for large parts of the game and when they worked their way into dangerous areas lacked a killer instinct.

The main positive to take from the performance, as is the case with a lot of Munster’s games, was the showing of the young guns. Not just their performances but their mere presence.  These next-gen players will form the back bone of Munster’s next era.  And they showed once more that there is a lot of hope for Munster in their quest to get back to the top of Europe in the coming years.

22-year old outhalf Ben Healy lead the way as he scored all of Munster’s first half points. He slotted three penalties, one of which was a long range bomb, something that is fast becoming his signature play.

Indeed, such has his accuracy been from distance this season, it was surprise when he missed a difficult attempt from the half-way line in the second half. 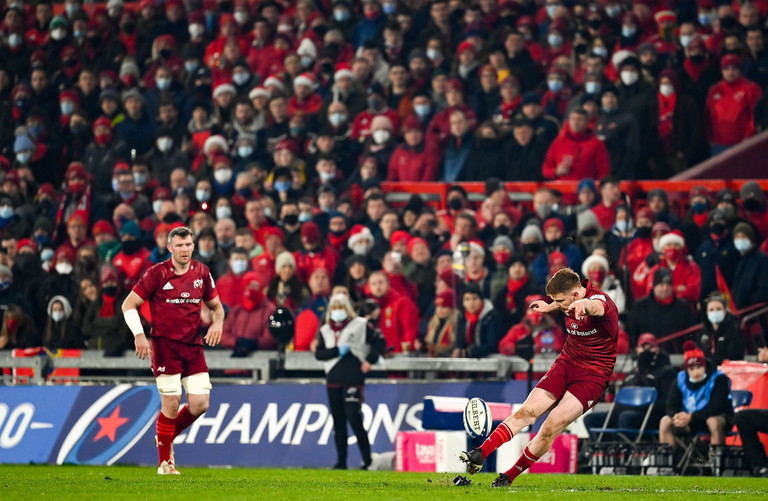 19 year-old academy fullback Patrick Campbell showed again that he has a game that defies his years and experience. In only his second appearance for Munster, after his try scoring debut against Wasps last week, he produced another assured and error free game in one of the most scrutinised positions on the pitch. We wrote earlier in the week about his experience playing in Croke Park for Cork, and it certainly seems that this has given him invaluable ingredients to deal with the pressure of top level sport.

Munster’s best opportunity of the half came through their South Africa bull Damian De Allende, who was also their standout player of the half. With a huge overlap outside him, the big centre decided to go himself, and at first it looked like he was over. However, the ball had slipped out of his hands and the try wasn’t given. In De Allende’s defence, on second viewing it appeared that his teammates outside him had overrun the play forcing him to keep ball in hand.

Munster went into the second half with a 9-3 lead. Eventually they managed to break down a dogged Castres as Jack O’Donoghue finished brilliantly in the corner. Ben Healy surprised nobody as he nailed the touchline conversion on his 'weak' side.

Jack O'Donoghue has absolutely steamrolled his way over! 😤

The game continued in frustrating fashion for Munster but John Hodnett will be able to hold his head high.

The young flanker continues to look every bit of David Wallace’s heir apparent and was Munster's second highest tackler in what was a tireless shift. His Munster career so far has been plagued with injury and the Corkonian will be desperate to make up for lost time. 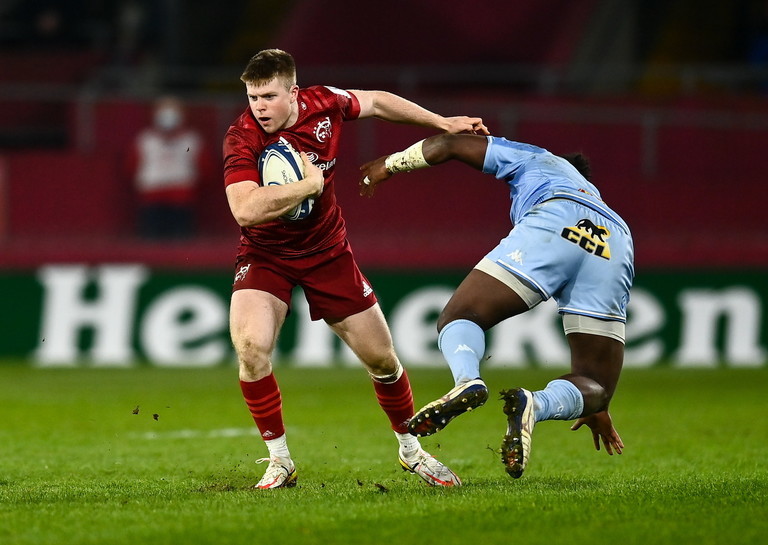 Off the bench came two of the brightest prospects there are down south. Alex Kendellen who captained and shone for the Ireland u20s unfortunately did not have enough time to show off his ability. However, his presence on the bench and cameo is a positive as it indicates he will get a lot more game time this season. Jack Crowley was also hampered by a lack of game time but managed to draw some oos and awws from the crowd with his quick feet.

The game finished 19-13, and overall it was a poor performance lacking of cohesion and accuracy. But with new coaches coming in and a new generation of players improving every week, they will see the fruits of their efforts in the coming years. 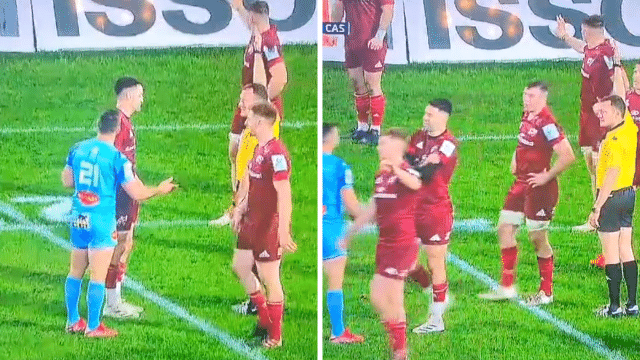