Do Munster Benefit From JVG Leaving? Who Will Take Over?

What was rumoured last week was confirmed earlier today. Johann Van Graan will be departing Munster at the end of the season, and is being linked with a move to Premiership strugglers Bath.

It follows the announcement of attack coach Stephen Larkham’s departure at the end of the season when he will return to the Brumbies.

These losses offer up some interesting question for Munster rugby. Will they be better off without JVG and Larkham? And who will replace the departing coaches?

🗣️ "I believe it’s the right decision for me to call time on my contribution and step away at the end of this season."

Munster Rugby Head Coach Johann van Graan will depart the province at the end of the season.

Will Munster Benefit From JVG's Departure?

While Van Graan still has a season left to make a run at the URC or the Champions Cup, his last few years have been disappointing when the knockouts have come about. Munster have failed to reach the quarter finals of the Champions Cup two years in a row, and were comfortably beaten by Leinster in last year’s Pro14 Final.

Van Graan took over as head coach from Rassie Erasmus, and Munster’s winning percentage has dropped from 77% to 70% during his rein. And while Munster have bolstered their team with massive signings such as Joey Carbery, Tadhg Beirne, and Damien De Allende, progression in terms of results and play style has been hard to see under Van Graan.

Van Graan’s tenure has endured ‘settling in periods’, when he first arrived and with the arrival of Graham Rowntree and Stephen Larkham. With these periods now officially over, Munster’s performances this season will give a much clearer indication whether Van Graan and Larkham were the right men for the job.

Provided Munster do not see any silverware this season, Van Graan’s legacy will be seen through the new generation of Munster players that he has helped bring through. After a barren period in Munster’s Academy, it began to bear fruit again in recent seasons with JVG taking full advantage.

Who Will Munster Replace Van Graan With?

Who will take over is as tough a question to answer. Mike Prendergast, Ronan O’Gara, Paul O’Connell, and current forwards coach Graham Rowntree are some of the names being bandied about.

Ronan O'Gara is the bookies favourites at the moment, with the likes of Mike Prendergast, Paul O'Connell, Graham Rowntree, and Scott Robertson also seen as possibilities.

O’Connell would be surprising given he has never had a head coach role, and given the fact that he is currently riding high and soaking in praise from all angles for his work as Irish forwards coach.

O’Gara has been very vocal about his desire to coach Munster, but he has also been clear that he does want the job too early in his career. After a successful stint as head coach of La Rochelle, perhaps the legend could be enticed back for the right price?

Mike Prendergast is in the mix as well, and would be a strong choice given his success as Racing Metro’s backs coach.

Crusader’s Robertson, and while it is extremely unlikely for him to move, his signing would be a major coup and something Munster fan’s can allow themselves to dream about.

Balls' own Brett Igoe has also had his say on who he would bring in to the setup, suggesting Japan coach Tony Browne as backs coach, Wayne Smith as DoR, and O’Connell as forwards coach. Of course, O’Connell coming in as forwards coach would depend on whether Graham leaves or becomes head coach or DoR.

Tony Browne or Mike Prendergast to attack and Wayne Smith to DoR, POC to forwards coach . Lots of options and the position should attract top coaches . 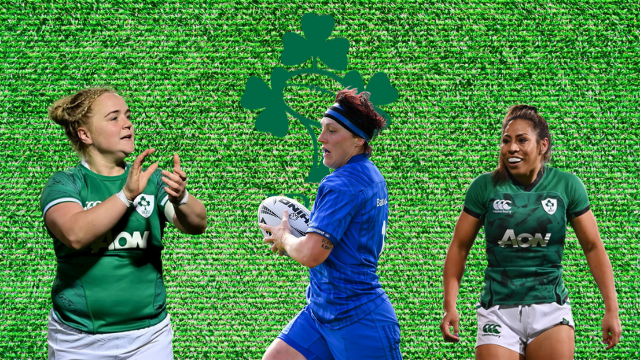