Munster's quarter-final victory over Edinburgh continued an obvious trend of their season in Europe; When they score more tries than their opposition, they win.

It's a fundamental principle in rugby. You have to score tries. Munster lost and drew games where they didn't score more tries than their opposition. Their total in the competition is 16. Compared to a monster Saracens total of 30, that's telling.

This is where most of Munster's preparation will be focused and it is something that Johann Van Graan and Felix Jones will no doubt be mulling over. The players themselves are conscious of it, as Tyler Bleyendaal admitted last week.

We have our Munster DNA with our set-piece and we have a great kicking game with a great chase but if the space is there to run, of course, we have the licence to go. There has to be an element of risk involved.

The good news for Munster fans is that if they demonstrate a desire to do so, Saracens can be got at.

Munster are an extremely well-coached team, something that is particularly obvious over the past month. Consider the opening minutes of their recent victory over Cardiff Blues.

As we saw in the Six Nations, elite level teams are meticulously planning their start to games. England and Wales hit Ireland earlier with pre-ordained training ground moves. Munster did similar against Cardiff.

Like many teams, Cardiff also plan their opening minutes. What they do off the kick-off, the first phase, the first scrum, the first line-out etc. This is where the battle of the coaches becomes paramount.

Before playing Munster, Cardiff took on Scarlets in a Welsh derby. For their very first line-out, they used a back-row instead of a scrum-half and threw the ball to the front jumper, who took it down for a maul. 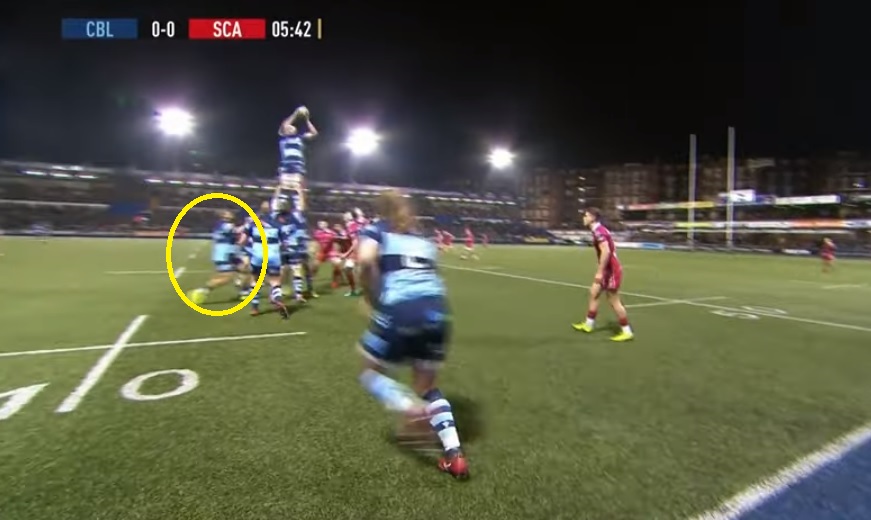 In the next game, Munster received kick-off and Conor Murray immediately kicked the ball into touch for a Cardiff line-out.

Look how Cardiff set up, once again.

Back-row plays instead of a scrum-half. 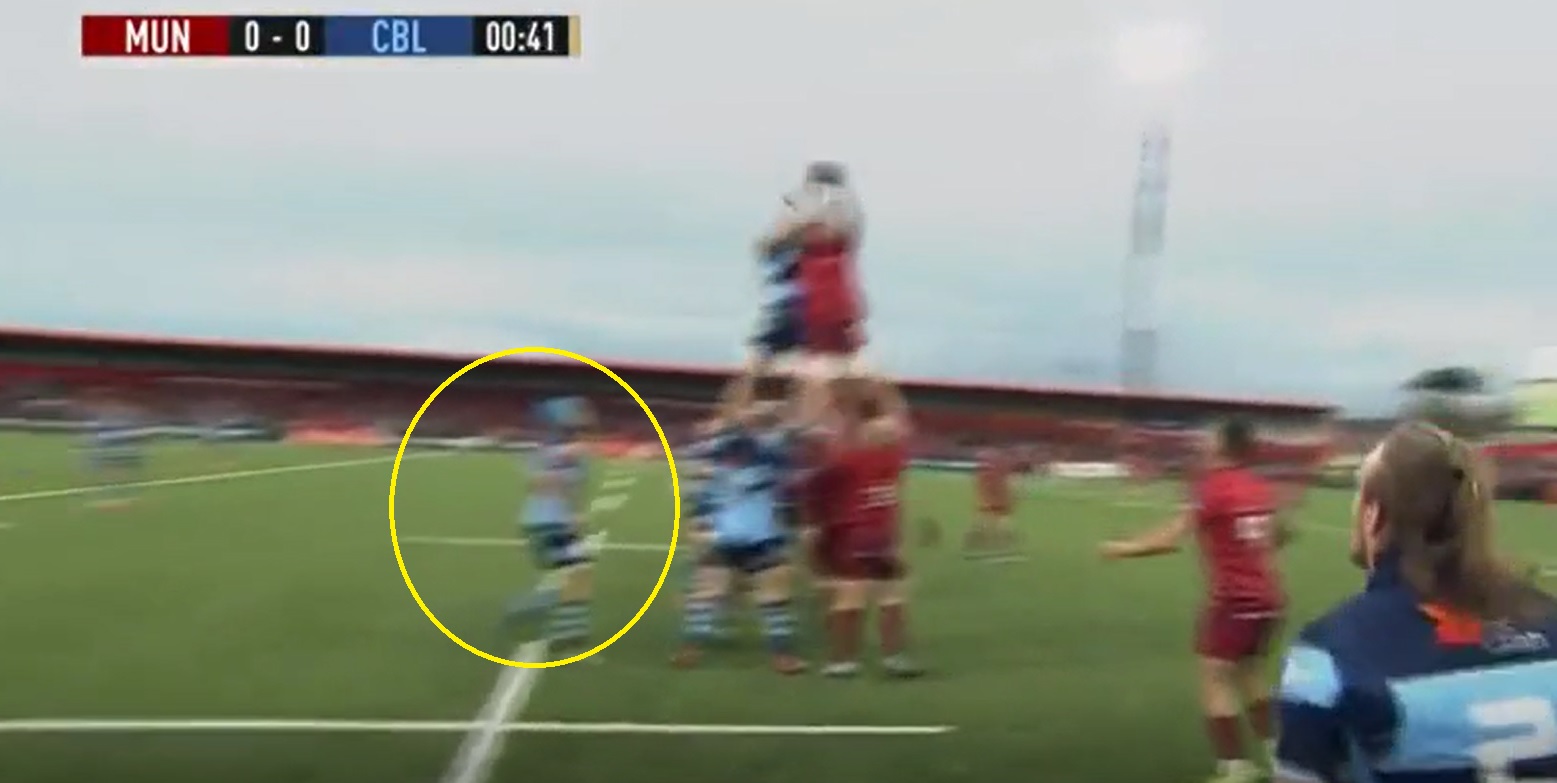 All teams do their homework and Munster would have been made aware of this play.

Pay close attention to what happens next. Peter O'Mahony is tracking the jumper, seemingly certain he knows where the ball is going to go. He is correct and Munster steal ball.

It's clear that this a group of coaches that do their homework and that's crucial when we consider where Saracens can be exposed.

Saracens are a dominant team with immense power in key positions. In Alex Sanderson, they have a defence coach who is held in high regard and routinely linked to international jobs.

They played a severely weakened team last weekend against Bristol in preparation for this Saturday's semi-final, but have kept teams tryless in two of their five games before that.

Yet if you delve deeper into those games, a trend emerges. When they do concede, it's remarkable how often the type of try is the same.

Remember what we said about teams planning their start?

It took Glasgow just over a minute in their quarter-final to expose this Saracens weakness with a typical training ground move.

The principle is simple.

Saracens line-speed is obvious but any quick defence can be outmanoeuvred by clever lines.

Twice in the passage of play, a Glasgow attacker runs a hard line to fix defenders. On both occasions, the pass goes out the backdoor to create an overlap. 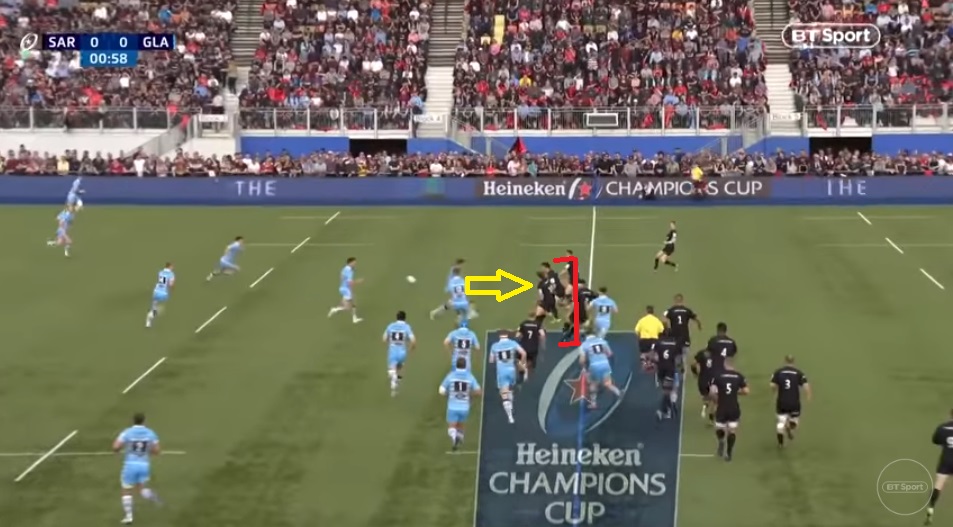 On the phase above, Brad Barritt is planted on his feet because a decoy runner storms down his channel.

Off the very next pass, it happens again. 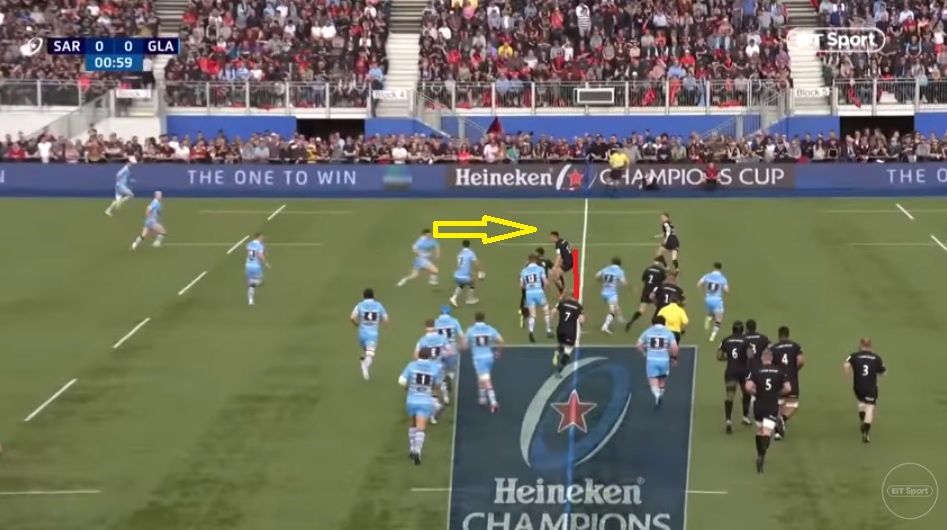 A stronger drift defence would counter this and that's the battle for any defensive coach. You can come forward quickly or drift across but can't do both.

A try at the very start of the game, off a line-out with a hard runner fixing defenders, where would Glasgow have gotten that idea?

Perhaps it was from the Saracens game a week earlier against Harlequins. Marcus Smith opened the game with a well-taken try.

Marcus Smith opens the scoring at the London Stadium ? pic.twitter.com/KimZwl6Szp

Once again, look at the initial decoy line and ball out the back. Exactly like against Glasgow, Williams cannot cover. 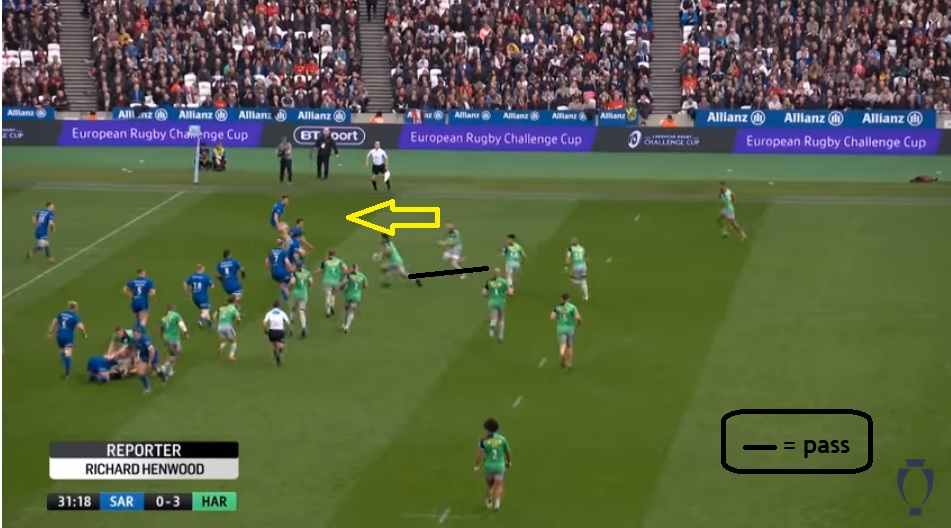 Saracens conceded a similar try against Northampton in the Premiership last month as well.

It started out wide on the right, the Saints moved the ball wide and ran a decoy runner to fix the defender. 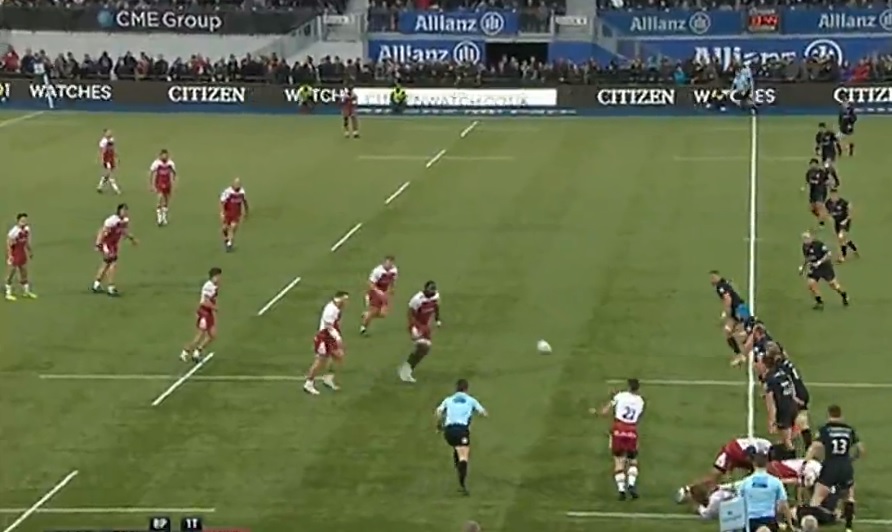 The hard-line decoy run sucks in defenders and the pass goes out the back. 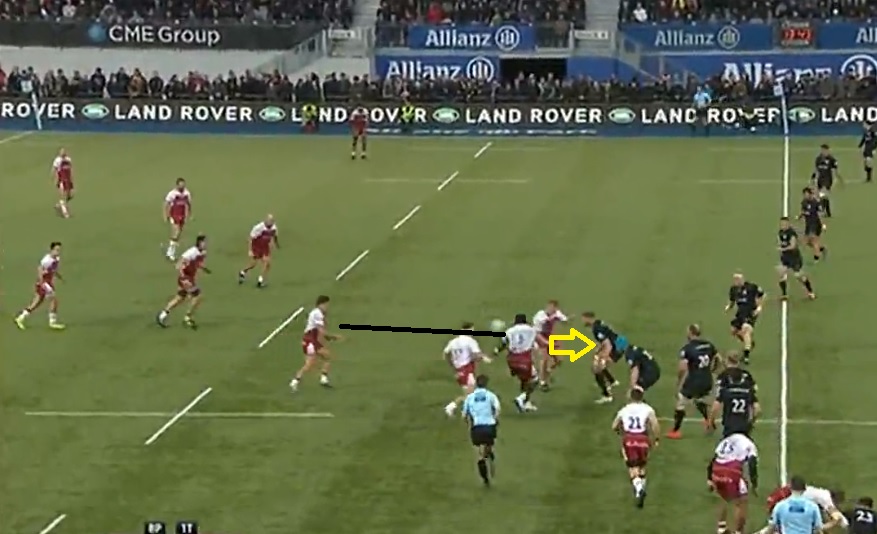 An audacious float pass wide breaks kindly. Saracens shot up and Northampton have a gap to exploit. At the same time, look where flanker Lewis Ludlam is. 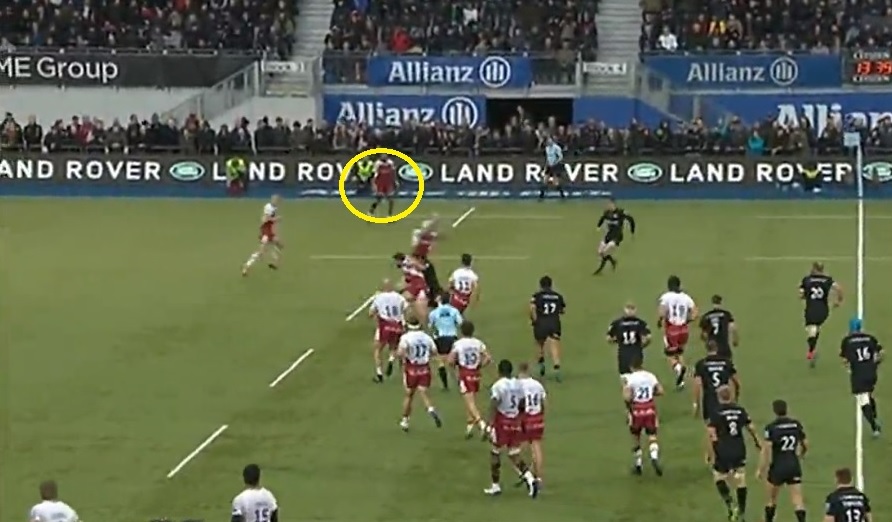 Quick hands lets Ludlam loose. Saracens can't scramble across and it ends in an easy try. 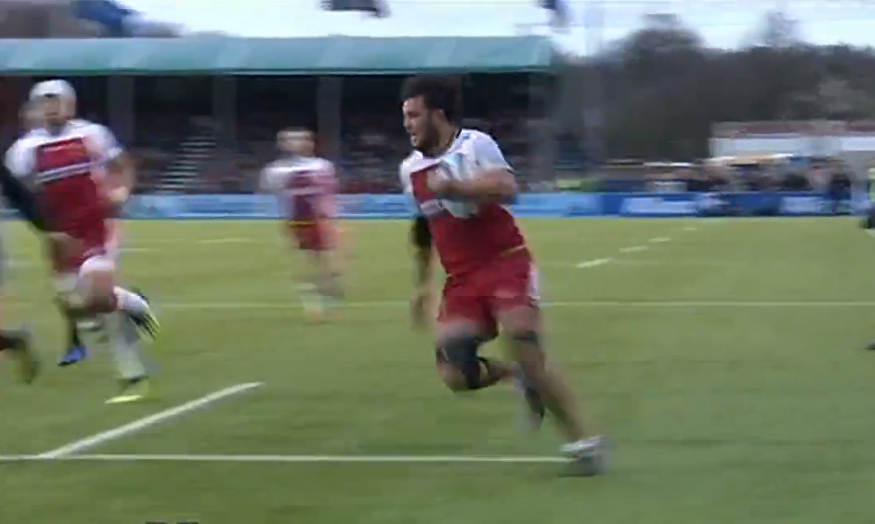 Munster will have to demonstrate a desire to go wide and be shrewd in attack. The success of this depends on two key factors. One is a big carrier who can attract attention and fix defenders. Here Chris Farrell is crucial.

With Brad Barritt's fitness doubtful, there is real opportunity on Saturday. Johann Van Graan needs his huge centre to be as active without the ball as he is with it and suck in defenders to provide space outside. 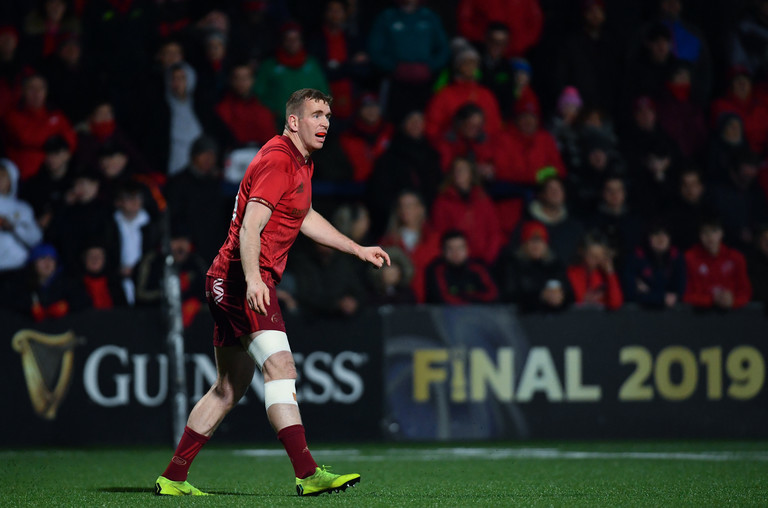 This is a season-defining game for the Irish province. Victory would bring a welcomed return to a European Cup final while proving a serious boost for Felix Jones and Jerry Flannery, whose contracts remain un-extended.

It will take more attacking prowess than Munster have demonstrated in Europe this season, but recent results provide encouragement and show skilled attention to detail.

Finally, Munster will also need a proven finisher and player capable of taking that opportunity if they orchestrate it.

In this area, they needn't worry.