Munster have completed a remarkable comeback against Scarlets this evening, rallying back from being 14 points down with 12 minutes to go to win the game in dramatic circumstances.

The Welsh side were on top for the vast majority of the contest, with a Leigh Halfpenny penalty in the 66th minute giving them a 24-10 lead. Few could have predicted the Irish side would get back into the game at this point, but a remarkable closing period ensured they would do just that.

It started with a Chris Farrell try, with the centre showing fantastic power to cross the whitewash.

Chris Farrell drives over to give Munster a lifeline.

However, that try would also come at a cost.

Peter O'Mahony would be sent off after he received a second yellow card of the game when he dived on Jake Ball during the scoring the of the try.

Munster captain Peter O'Mahony is shown a second yellow card for diving on to Jake Ball after Farrell's try.

Munster were still trailing with two minutes to go, but it seemed like they rescued a draw when Kevin O'Byrne touched down in the maul.

Kevin O'Byrne goes over for Munster after a rolling maul.

Ben Healy adds the extras to level the scores for 14-man Munster.

There would still be time to get the win.

Ben Healy would nail a monster penalty from the halfway line as the clocked ticked into the red to complete a remarkable comeback.

Ben Healy kicks an amazing penalty from the halfway line to win the game for 14-man Munster in injury-time at Parc y Scarlets!#SCAvMUN #GuinnessPRO14 pic.twitter.com/YHfzNyUohp

Not a bad day's work.

See Also: Confirmed: Ireland Will Not Be Top Seeds For 2023 World Cup 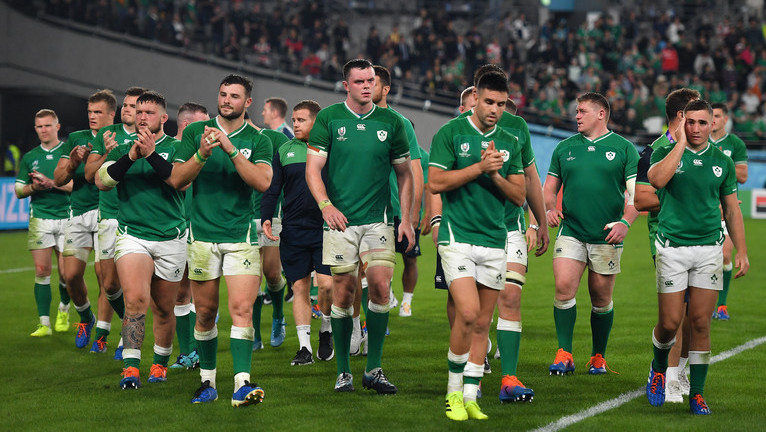 Rugby
3 days ago
By Eoin Harrington
How To Watch Munster v Leinster In The Pro 14
Rugby
3 weeks ago
By PJ Browne
Quiz: Can You Identify These 11 Munster Overseas Players?
Rugby
4 weeks ago
By Balls Team
PRO14 Match Between Munster And Leinster Postponed
Previous Next

Rugby
3 days ago
By Eoin Harrington
How To Watch Munster v Leinster In The Pro 14
Rugby
3 weeks ago
By PJ Browne
Quiz: Can You Identify These 11 Munster Overseas Players?
Rugby
4 weeks ago
By Balls Team
PRO14 Match Between Munster And Leinster Postponed
Popular on Balls
Irish Life
8 hours ago
By Balls Team
Six Nominees Revealed For RTÉ Sportsperson Of The Year
Football
8 hours ago
By Gary Connaughton
Interpretation Of Rodri Offside Was Farcical, As Proven By Ronaldo Decision
Football
9 hours ago
By Donny Mahoney
Richard Keogh To Receive €2 Million Compensation For Derby Sacking
Athletics
6 hours ago
By PJ Browne
Irish Athletics Legend Jerry Kiernan Has Died Aged 67