The United Rugby Championship has taken a major hit this week with the news of a new COVID-19 variant in South Africa wreaking havoc.

It appears that all of the games set to take place this weekend in South Africa are set to be cancelled, with major question marks for the next few weeks of the season for Munster, who are currently in Pretoria preparing for their scheduled game with the Bulls.

URC in South Africa thrown into disarray by COVID-19

The autumn rugby internationals progressed remarkably well for the amount of trans-continental travel required for the likes of New Zealand, Australia, South Africa, and Argentina. Games mostly went ahead in front of full stadiums with healthy squads on the pitch, as the rugby world slowly aims to resume normal service with its annual calendar.

Those moves have been thrown into chaos by the discovery of a new "Nu" variant in South Africa, which has cast doubt over the weekend's URC games in the country.

The Nu variant has only been identified in isolated cases in South Africa and Hong Kong but there are serious concerns over its potential to evade some of the protections offered by COVID-19 vaccinations. As a result of the threat posed by the variant, it appears that the weekend's URC games in South Africa are all set to be called off.

Hearing all the SA games are cancelled this weekend. Expect an announcement soon.

The scene with the URC is one of chaos, with Cardiff Blues said to be attempting to rush home from South Africa before 4am on Sunday. The UK are set to add South Africa to a travel red list on Sunday morning, so any arrival later than that 4am time would see the Cardiff team required to isolate upon arrival in Wales.

Similarly, Munster are currently in Pretoria for their scheduled game with the Bulls on Saturday. The team posted a statement to Twitter assuring fans that they are "safe and well" in South Africa, but offered no word on whether they would be returning to Ireland promptly.

📰We all are safe & well in Pretoria.

The imminent enforcement of a mandatory quarantine in the UK complicates matters, with Munster set to travel to England for a Champions Cup clash with Wasps on December 12.

Scarlets and Cardiff both released statements in the midst of the chaos, with both saying that their priority was to get their travelling parties back to the UK as soon and as safely as possible.

The decision to bring the South African teams into the United Rugby Championship was one born out of necessity, with the logistics of those teams competing in Super Rugby with Australian and New Zealand-based teams becoming impossible to justify.

For Munster and the URC organisers, however, it has caused major concern this week. The priority is, of course, that all players get home safe, but serious questions are likely to be asked about the feasibility of continuing with the URC experiment - in the short-term, at least.

SEE ALSO: 5 Glorious Examples Of Tadhg Furlong On The Rampage 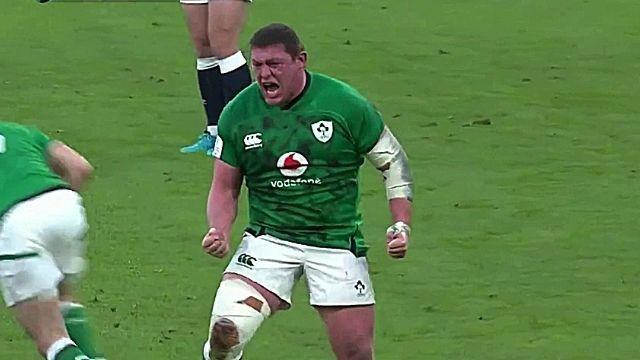