Munster will be without Keith Earls for their clash with Saracens in the Champions Cup Semi-Final on Saturday.

The Irish winger misses out due to a leg injury. He is replaced by Darren Sweetnam. 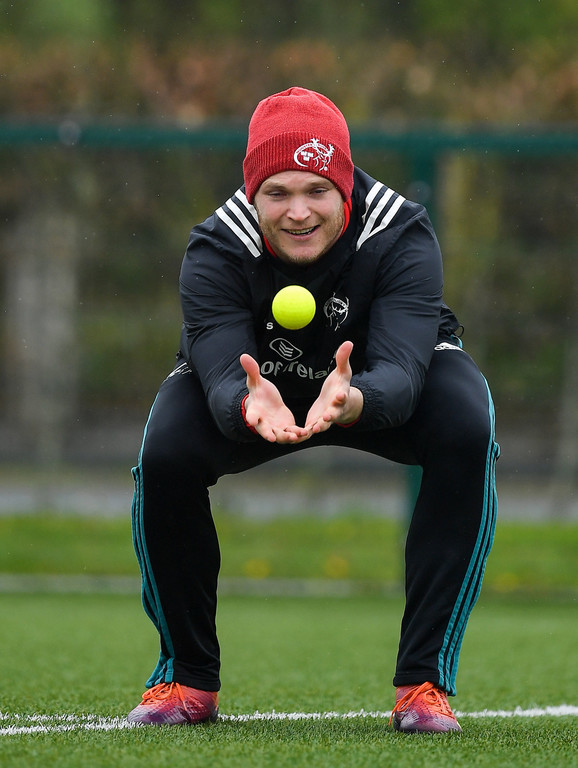 It adds to an already heavy injury list. Joey Carbery has failed in his bid to recover for the game and Tyler Bleydendaal starts instead at out-half. JJ Hanrahan steps in on the bench after a man of the match performance in the Pro14 last week.

The referee for the game is Jérome Garcès. It is live on BT Sport with the game at the Ricoh Arena kicking off at 3.00pm.

Rugby
1 month ago
By Sean Meehan
EPCR Confirm That The Champions Cup And Challenge Cup Have Been Suspended
Rugby
1 month ago
By Gary Connaughton
Potential Champions Cup Postponements Leave Six Nations In Doubt
Rugby
2 months ago
By Donny Mahoney
Munster Fans In Awe After Incredible Comeback Win Away To Clermont
Popular on Balls
Premier League
13 hours ago
By PJ Browne
Quiz: Name Every Team Relegated From The Premier League In The 90s
Football
10 hours ago
By Jonathan Byrne
Peter Crouch's Stories of Being David Ginola's Bootboy Are Comedy Gold
Rugby
9 hours ago
By Balls Team
Quiz: Name The 25 Players With The Most Six Nations Appearances
43