Munster vs Ospreys: How To Watch and Match Preview

Munster travel to Wales again as they face the Ospreys in Round 5 of the URC. Last week Munster had a last-gasp victory in the interpro against Connacht and they look to continue their unbeaten run in Swansea. Munster have been very good so far this season. They've scored a lot of tries and have been very clinical in scoring positions. Ospreys too have been solid so far this season, sitting in fifth on the table. The match should be a tight affair. Here's how to watch Munster vs Ospreys and a match preview.

When is Munster vs Ospreys?

How to watch Munster vs Ospreys

The match is also available on demand on URC TV.

As said already, Munster continued their unbeaten run last week with a nail-biting win over Connacht at Thomond. It was a cagey match and Connacht definitely caused Munster problems. They came out on the winning side that day and Munster now have huge momentum behind them.

This week has seen the return of Damian de Allende to Munster training. The Springbok centre has been away with his national side for the whole summer, between the Lions tour and the Rugby Championship.

This week also saw 10 Munster players named in the Ireland squad, including Simon Zebo, who hasn't worn the green jersey since 2017.

Youngster Jack Crowley is starting in Swansea while Conor Murray and Damian de Allende both make their return to the match day squad on the bench.

Ospreys sit in fifth in the URC after winning three of their four games so far this season. They aren't they best team going forward, having only picked up one bonus point so far this season and have conceded more tries than they've scored. They rely on their goalkickers and they have a good array of them. Gareth Anscombe and Stephen Myler both have international experience and have been excellent in the URC so far this season. With Rhys Webb captaining the side, you can see why Ospreys sit so high up in the table.

Here is your Ospreys team to face @Munsterrugby at the @SwanscomStadium on Saturday evening in the @URCOfficial, K.O 7:35pm

It promises to be another tough task for Munster just before they split up for the International break. 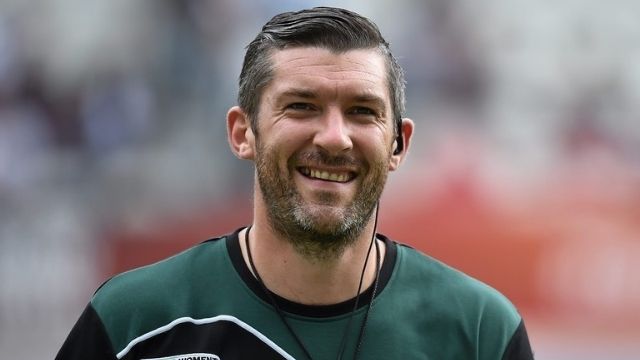