Munster's nightmare trip to South Africa continues, unfortunately. The players and staff remain stuck in Cape Town after their scheduled matches against the Bulls and Lions were postponed due to the outbreak of the omicron variant of COVID-19 in South Africa. Today the club confirmed there were more cases in the camp.

The latest news from the Munster camp this morning is that there's now nine new positive cases of COVID-19 among the players and staff. This news came after the confirmation of one case in the camp yesterday. The 10 people who tested positive are now in a quarantine hotel in Cape Town. Munster say the other 38 members of the travelling squad are currently isolating, as they have been since Sunday. If there is one silver lining, it's that the everyone is well.  In their statement, Munster said "While the individuals were disappointed on receiving the news they are thankfully well and will continue to be monitored medically at this time."

The Irish government yesterday stated that those in the Munster travelling group who tested negative for covid will be able to travel back to Ireland. They will then have to go into a 10-day isolation period upon return to Ireland

Munster's next fixture will be against Wasps in the Champions Cup on Sunday week in Coventry. In a statement yesterday, Munster said "Greencore Academy Manager Ian Costello and staff are overseeing the training schedule for the Academy group and returning internationals as preparations continue for Munster’s opening Champions Cup game against Wasps on Sunday, December 12."

A number of Munster's Irish internationals - Joey Carbery, Tadhg Beirne, Peter O'Mahony, Keith Earls, David Kilcoyne, Conor Murray and Andrew Conway  - all stayed in Ireland after the November internationals. Springbok Damian De Allende also didn't travel to South Africa, meaning he would be available for the Wasps match. However it seems certain now that Munster would need to rely on academy players if it is to field a matchday twenty-three against Wasps. Moving the fixture seems impossible given the condensed fixture window.

However that fixture is the least of anyone's worries at the moment. The club says the Munster players who've tested positive for covid are thankfully feeling okay. Hopefully they will all be back in Ireland soon. 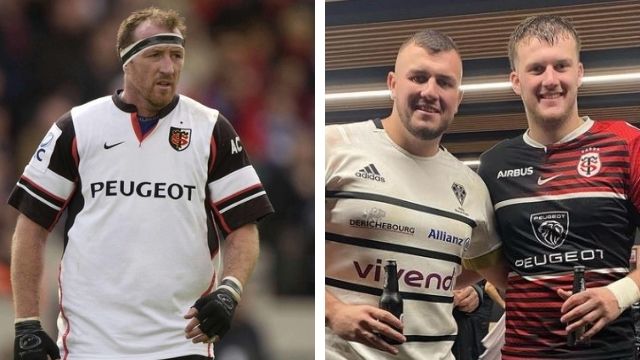