Munster loose head Josh Wycherley endured a baptism of fire in his maiden start in Europe for Munster last night.

In his first Champions Cup start, the 21-year-old from Bantry found himself up scrummaging against the French tight head Rabah Slimani. The Clermont prop is one of the most fearsome scrummagers on this planet, and has 57 France caps to his name. Wycherley, fresh out of the Munster academy, learned that firsthand in the first half when he was literally driven above the scrum, and onto Peter O'Mahony's shoulders. This looks incredibly dangerous. For a prop, it must be soul destroying.

What a comeback from this, it wasn't looking cheery but who won in the end. AMAZING. pic.twitter.com/K1qvs58sOt

But what was so encouraging was how Wycherley responded. Rather than shrink, he stood up to Slimani. By the second half, Wycherley had fully imposed himself on the match, just as Munster began to battle back from a 28-9 first half deficit. Now it was Slimani who was being battered and bruised.

When Gavin Coombes - recently promoted to capo in the West Cork Mafia - tells Josh Wycherley that he has Rabah Slimani, he *has* Rabah Slimani.#WestCorkMafia #SUAF pic.twitter.com/QyNIhbbtL5

The face of Slimani in the 45th minute of his match told you everything you needed to know about going to war with Josh Wycherley. He'd be subbed off ten minutes later. 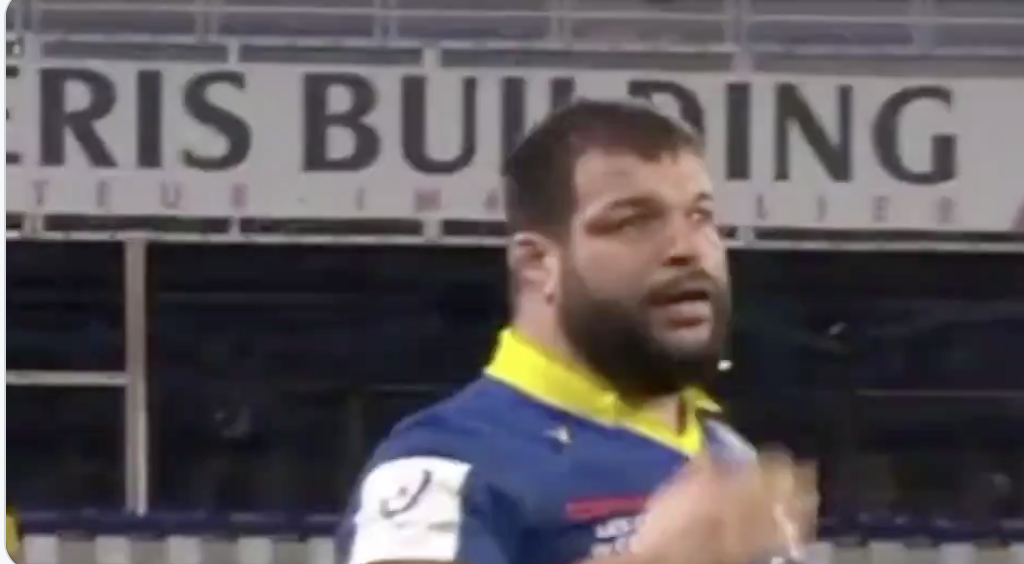 Wycherley brought hell to Clermont for 75 minutes, and only exited proceedings once the result was certain. The Clermont frontrow must have been delighted to see that Munster plane head back to Shannon after the match.

In his postmatch comments, Munster coach Johann van Grann singled out Wycherley for his epic performance.

'That’s the stuff dreams are made of, to start your first European game in Clermont against Slimani, one of the best scrummagers in the world.

'To come up with that performance is exceptional and I’m so happy for him.

'It’s a whole team effort but when I phone Josh on Thursday evening and told him he was starting, I asked if he was ready and he said, ‘coach I’m ready to go’. It’s about backing our squad and we certainly did.'

Meanwhile, Munster players and fans watching at home lavished him with praise.

Couldn’t agree more! You guy playing 75 mins and was immense from start to finish! The kind of depth munster are building now could take them all the way to the top this year.

Josh Wycherley 60 odds mins into his European debut is eating these French props for breakfast.

That win is also up there with anything Munster have done in Europe as well.

Josh Wycherley had to grow up fast in this game, and boy did he. Slimani's as good a scrummager as there is, but he'll be going home absolutely terrified after what Wycherley did to him. #ASMvMUN

Here’s a fact about top level rugby: it doesn’t matter if Slimani won his first scrum legally or not. He won it.
What does matter is that Wycherley decided that was the man’s last win, and destroyed him to the point that he forced tactical substitutions early.
An absolute hero.

After being dominated by Leinster for years, Munster hope that the rugged West Cork contingent who steered Ireland to a U20 Grand Slam in 2019 will help shift the fortunes of the province. Last night's result - and Wycherley's inspirational role in it - will build the foundations of faith.