What Needs To Happen Now For A Smooth Munster Transition

Last season was a monumental one for Munster. Under Rassie Erasmus, things finally clicked and Munster reclaimed the innate traditional style the province is famous for. Away from the pitch, they came together to mourn and pay tribute to a giant of Irish rugby, Anthony Foley. It was a much-needed enhancement for a side who had struggled in recent years.

A PRO12 Final and a European Champions Cup semi-final appearance were secured. Beyond that, they had the best defensive record in both the PRO12 regular season and European group stages, conceding a combined total of just 38 tries thanks to the phenomenal work of Jacques Nienaber. 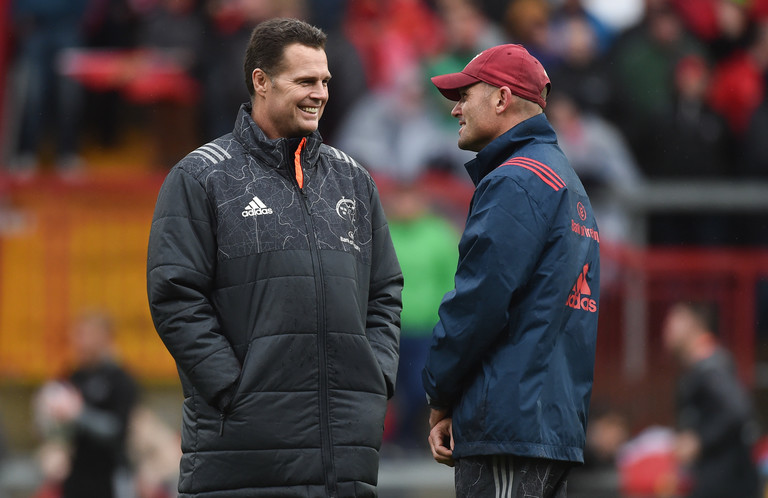 Even Munster A got in on the act, securing B&I Cup honours for the first time since April 2012.
However, any platform was abruptly disrupted when Erasmus announced he and Nienaber were leaving mid-season. To compound that, Simon Zebo announced he was to move to France at the end of the season. It was a multitude of blows that could derail any team’s form.

The province has continued to develop Munster A players into the senior set-up, handing a start to 21-year-old Sam Arnold tonight. At international level, Andrew Conway and Chris Farrell emerged to put themselves firmly in contention for the Six Nations. Suddenly, the transition appears far easier than initially thought.

The Man of the Match on his Munster Champions Cup debut is @SammyArnold9! #MUNvLEI pic.twitter.com/CKwCdza4eD

In order for that to remain the case, a few key issues need to be resolved. Munster’s back-row was emphatic tonight. With the trio of CJ Stander, Peter O’Mahony and Chris Cloete it looks finely balanced. The competition provided by Jack O’Donoghue, Tommy O’Donnell means there is less angst about Munster’s bare second-row options than there otherwise would be.

For Munster to progress, they need to secure Stander and O’Mahony. Their loss would be devastating for the province and not just in terms of on the field.

Reports of Van Graan’s pursuit of JP Ferreira to fill the role of defence are also interesting. Over the past year, the province have packed the inner lines and developed an aggressive line-speed. Their fringe work has been fantastic and Ferreira’s CV suggests the best possible opportunity to build on Nienaber’s work.

Two years ago was an extreme low point for Munster. On a frosty night in Limerick, they lost to Leicester in front of a poor attendance. It came to a head when Ian Keatley was booed off the field. The club has come along way since that notorious evening.

The initial phase of the transition can be deemed a success and much of the credit must go to coaches Felix Jones and Jerry Flannery for providing continuity. Looking forward, Munster cannot afford to lose any more key personnel. That must now become the primary priority. 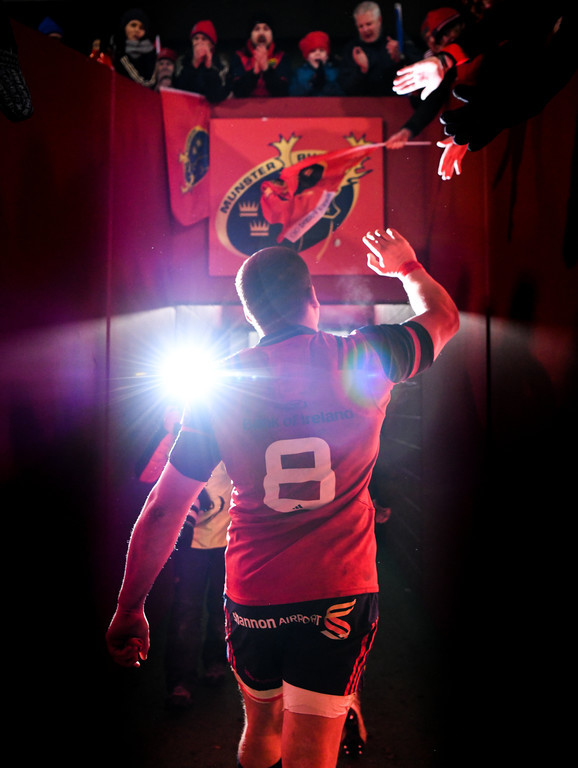 SEE ALSO: The Munster Player Ratings After A Dominant Victory Over Leicester Tigers

Rugby
6 days ago
By Emmet Bradshaw
Horgan And Williams Divided On Devin Toner's Inclusion Against England
Rugby
1 week ago
By Shane O'Brien
PHOTOS AND VIDEO: Bono Visits Irish Rugby Team Ahead of England Tie
Rugby
4 months ago
By Maurice Brosnan
IRFU Issue Statement In Response To 'Scurrilous' Stephen Jones Article
Popular on Balls
The Rewind
10 hours ago
By Mark Farrelly
The Rewind Random Quiz: Guess The Year From The "Reeling In The Years" Screengrab
14

Basketball
13 hours ago
By Balls Team
PREVIEW: Could Dayna Finn And Maree Steal The Super League From DCU Mercy?
1