'Our Game Does Not Need The Red Card': Kirwan Calls For Rugby Rules Changes

Retired Kiwi rugby great John Kirwan has called for the red card to be scrapped in rugby.

Kirwan launched an impassioned diatribe against the red card on Sky Sports New Zealand after Australia beat New Zealand last weekend in a match that featured red cards for New Zealand's Ofa Tuungafasi and Australia's Lachlan Swinton. Tuungafasi was given his marching orders for a dangerous high tackle on Australia winger Tom Wright. The tackle comes with a six week suspension that was reduced to three weeks on the sidelines.

Kirwan starts his discussion of the red card at 1.15 in the video below.

"Our game does not need red cards," Kirwan said. "I don't think there's anyone in our game that goes out intentionally to hurt someone. So if it's a red card, they go off and someone replaces them for 15 minutes. People have paid good money to watch a game of rugby with 15-a-side. That's my biggest issue."

The All Blacks went fifty years without having a player red-carded, but have had three players sent off in three years.

The All Blacks test red cards.

The first two were both for kicking and opponent.

The subsequent three for tackling.#AUSvNZL

Kirwan said he couldn't sleep after last weekend's game because he was so angry. Fellow All Blacks legend Mils Muliania echoed the sentiment that the red cards ruined that particular game. In the same segment, Black Ferns captain Eloise Blackwell also said that the red card should be removed from rugby.

"World Rugby are always retrospectively [looking at things]," Kirwan said. "Are we always going to look at this stuff post?"

Kirwan, surprisingly, expressed little concern about player welfare or the alarming rise in head injuries in the sport over the past decade.

"This is what really annoys me about World Rugby. Make some decisions for the entertainment of the game, for the fan, put people on report or replace them.

"Let's leave the refs alone. If I think a ref hasn't done well I'll say so because they're like players – they're professionals and they should be open for scrutiny. But it's not his fault. He is following a protocol. I believe that the protocols are wrong and we need to change them.

"We need a decision from World Rugby, but this century. Not until something else happens. Lives are at stake, people's salaries [are at stake]. There's a lot going on now in the professional sport. I think rugby league does a better job at making quick decisions." 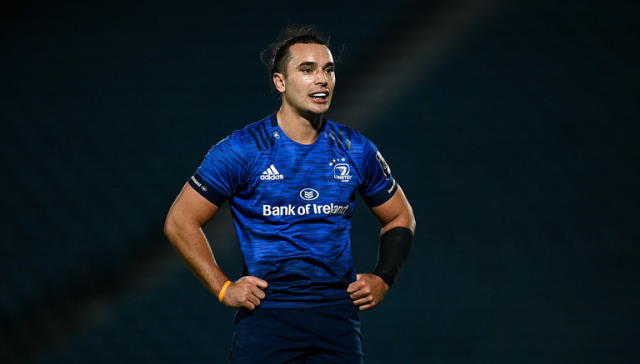 Rugby
28 minutes ago
By Colman Stanley
'If Their 2nd Team Was In The URC They’d Be Top 6': Pundits Heap Praise On Leinster
Rugby
5 hours ago
By Colman Stanley
Leinster Players Dominate European Player Of The Year Shortlist
Rugby
1 day ago
By Colman Stanley
Twitter Turns On James Haskell After Disrespectful Comments Towards Women's Rugby
Popular on Balls
GAA
1 day ago
By PJ Browne
The Draw Has Been Made For Tailteann Cup Opening Rounds
GAA
2 days ago
By PJ Browne
Donal Óg Cusack Defends Dublin Hurlers After John Mullane Criticism
The Rewind
3 days ago
By Eoin Harrington
Watch: Brilliant Dermot Morgan Dublin Segment From 'The Travel Show' Resurfaces
Football
3 days ago
By Eoin Harrington
Alan Shearer Says Roy Keane "Ran Away" From Him After Famous Clash