Ranking The Top 10 New Zealanders To Ever Play For Munster

The New Zealand Maori rock into a sold-out Thomond Park on Friday night to face a resurgent Munster, with comparisons surely to be made between the cauldron-like atmosphere and that of 2008, along with some even more famous days which preceded it.

There is, and always has been, an inherent sense of common ground between the southern province and its soulmate 19,000km further south, a sense of parochialism as touched on by Maoris coach Carl Hoeft on Wednesday. With that has come a bridge between two rugby communities, which has seen no shortage of Kiwi talent import their long sought-after skills to the fields of Cork and Limerick.

Here are 10 Kiwis who have made the biggest impact on Munster soil. 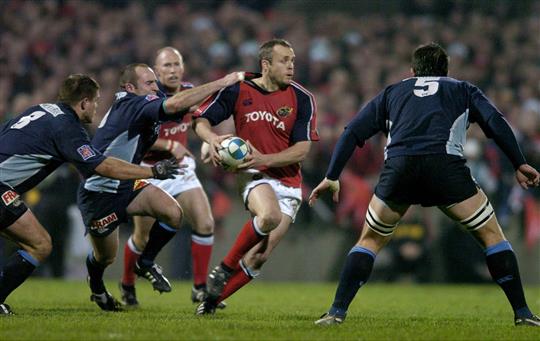 It's difficult to believe Cullen was still just 27 when he arrived in Limerick as the All Blacks' all-time leading try scorer, largely because he played like a 37-year-old for the majority of his stint Munster. 13 years on, 'The Paekakariki Express' remains the 9th-highest try-scorer in international rugby history, but is remembered by Munster's brave and faithful as an import more akin to Pineapple Express, in that he invariably caused people to lose their minds.

It certainly wasn't for lack of effort, however, as the former Hurricanes fullback was tormented by injuries - particularly to his shoulder - preventing him from properly finding his feet at his new home. He retired as a Munster player in 2007, aged just 31, having scored a decent 15 tries in 44 appearances for the province, but his spell in Ireland will always be remembered as a tale of what could have been. 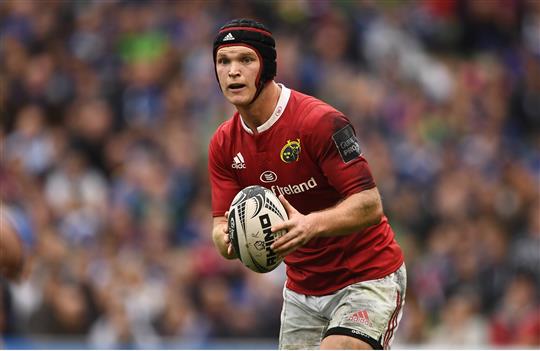 Before you tear us asunder, YES, we agree that the supremely talented Christchurch-born 10 will likely feature much higher in this list when we revisit it in five years' time.

His performance versus Glasgow on a day when his captain and team needed him most was a watershed moment, and a far cry from last December. Provided he can stay fit, he'll go on to become a Thomond Park legend. 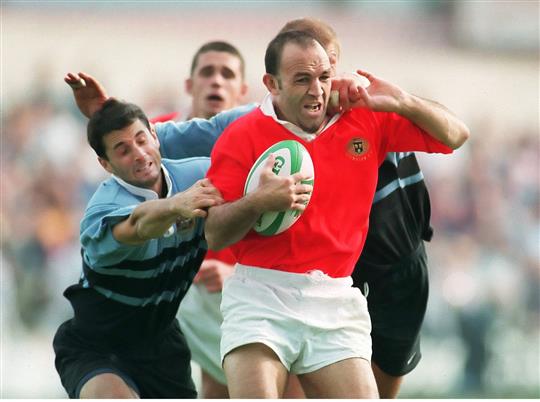 Ellison set the trend for a string of stylish Kiwi centres to grace the Thomond grass over the past 20 years, becoming a stalwart in the late '90s Munster team which, in a sense, birthed the great European conquerors of the following decade.

In 2010, he spoke to Stuff of his fondness for Munster, where he met his wife, and recalled what it was like moving to the province from New Zealand at the dawn of the professional era:

The lifestyle was superb. It was so close to other parts of the world that I hadn't seen.

We used to go and play in Italy just out of Venice against a team called Treviso so you got to look around Venice. And the next week you could be playing in Scotland.

He's now a lawyer in Hamilton, NZ, where he lives with his family. 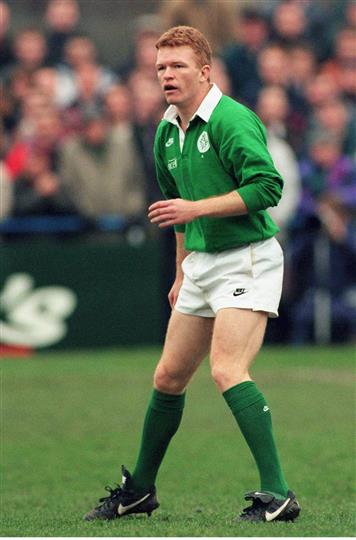 Younger brother of Bernie McCahill, a former All Black, Sean would go on to win one cap for Ireland.

He was a starting member of the Munster side which dipped its toe into European competition for the first time (more on that team here). A slight centre, standing at just 5'10, McCahill grew up in Auckland as the son of an Irish immigrant who featured on New Zealand's 2003 Rich List thanks to his successful infrastructure company.

The archetypal Munster player, who encapsulated the old adage, 'the bigger they are, the harder they fall' in midfield. 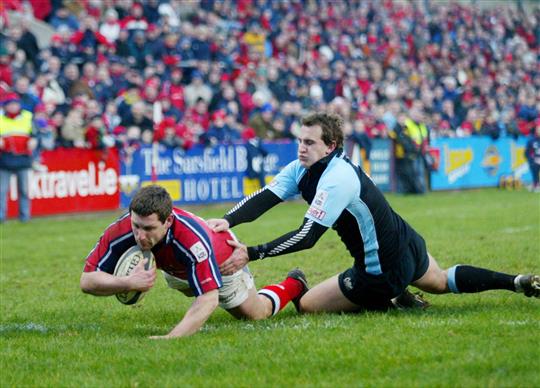 The quintessential Munster cult hero, 'Dutchy' - neither large nor fast - was one of the most intelligent players to ever wear the jersey for Munster. And it's shown in later life; now 44, Holland is assistant coach at the Hurricanes in Wellington.

Not that the Taranaki man has forgotten his days in Middleton and beyond, mind. Just a fortnight ago, he told The42.ie:

There’s lots of things we did at Munster that I would still use here, just around our contact zones or the mentality of how to play the game. One thing that sticks out to me is the character and why you want to do things – that comes from my days in Munster.

Holland scored 169 points in 102 caps for Munster, including a drop goal in the 2000 Heineken Cup final. He also fell victim to 'The Hand of Back' in the 2002 final vs Leicester, and starred in 2003's destruction of Gloucester. 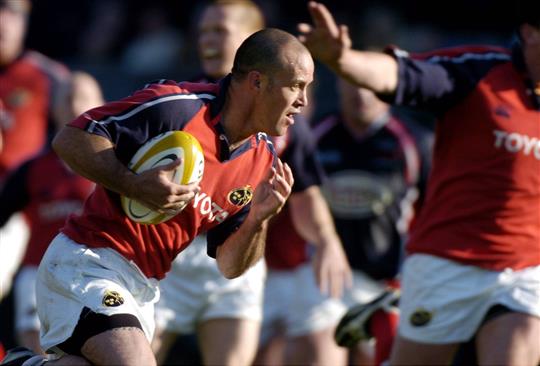 Though his father was Limerick born and bred, Mullins was born in Auckland to a Maori mother, and began his rugby career with North Harbour and North Harbour Maori.

After a spell in England in the early '90s, he only arrived back to his father's hallowed turf in 1999. In seven years he became a Munster legend in the centre, and on his retirement in 2006 he was one of just 14 players to have represented the province over 100 times with 114 caps. He also played 16 times for Ireland, including at the 1999 Rugby World Cup.

He retired and departed Limerick for New Zealand once more at the end of the 2005/2006 season, taking the head coach role at NPC side North Otago. He's proudly remembered in Munster as a pure beast. 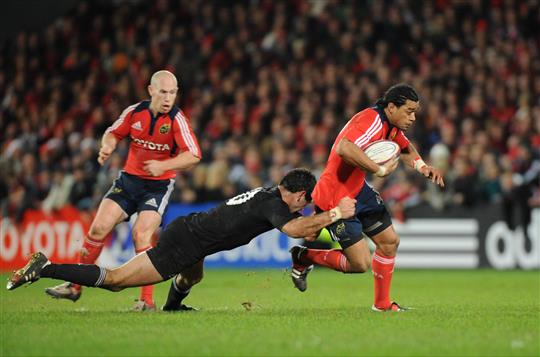 For a man who couldn't tackle, he produced some of the biggest rib-rattlers ever dished out in a red jersey. The adoration for Mafi from the Thomond stands, however, stemmed from the Tongan-born outside centre bringing to Shannonside what Munster had traditionally lacked; southern hemisphere flair and cutting edge at 13 and, later in his Munster stint, 12.

His 13 tries in 144 caps for the province are somewhat undermined by a slow start to his Munster career and the scores his gain-line breaks provided for teammates. Affectionately known as 'Larry Murphy', Mafi departed Munster for Perpignan in 2012 having starred during the most successful period in the club's history.

He has scored 15 tries in 114 appearances for the southern French outfit. 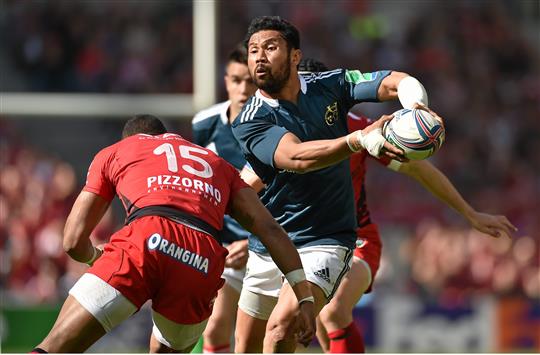 There could perhaps be an argument, based on longevity alone, that Mafi should rank higher, but four tries in 51 appearances for the province betray Laulala's contribution to the Munster cause during a difficult period in its recent history.

Having previously scored the winning try in a Super Rugby final, the Samoan-born Manawatu man was long-since established as one of European rugby's top playmakers on arrival from Cardiff in 2012. After 18 months of consistently impressive displays in which his handling ability frequently offered an 'out' for a backline that scarcely fired on cylinders, Laulala signed off with a try in Munster's Heineken Cup quarter-final rout of Toulouse in April of 2014, and by being named in the Pro12 Team Of The Season a month later.

Now a key part of the Kiwi core at Ronan O'Gara 92 - alongside Dan Carter, Ali Williams, Joe Rokococo and Chris Masoe - Laulala recently lorded over Toulon for Racing in the French Top 14, and will likely face his former club on two occasions in the this season's European Champions Cup. 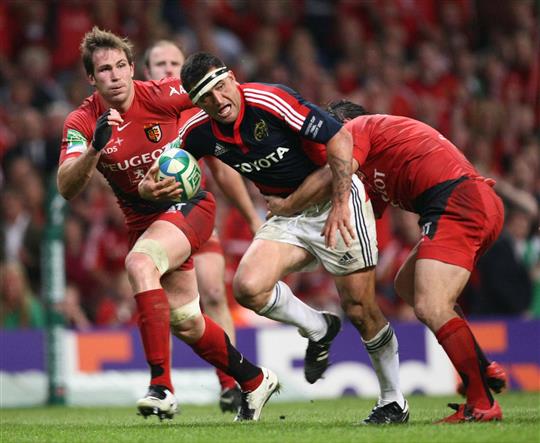 A born Munsterman - he just didn't realise it until 2007. Scored just three tries in 29 Munster appearances, but the larger-than-life Maori centre brought so much more to the table, forming one of the most formidable centre partnerships in Europe with Lifeimi Mafi outside of him during his two-season stint in Ireland.

He moved to Munster carrying a fearsome reputation with him from North Harbour and the Crusaders, and more importantly he upheld it in Munster red. Even approaching his mid-30s, Tipoki's famed sidestep left defenders grasping at thin air. His retirement statement in 2009 once more proved he 'got' Munster:

It has been a deeply frustrating time for me as I would dearly love to get back to helping the boys achieve the goals that they'd set out at the start of the year. At the minute however, I am not up to the level of fitness required and would not like to do the jersey or the team an injustice by taking the field when I know I can't give my all.

After two years' recovery Tipoki went on to make a playing comeback, however, for East Coast back in his native land - a side renowned for their fight and determination to play hard. In 2012, he led them to triumph in the Meads Cup. 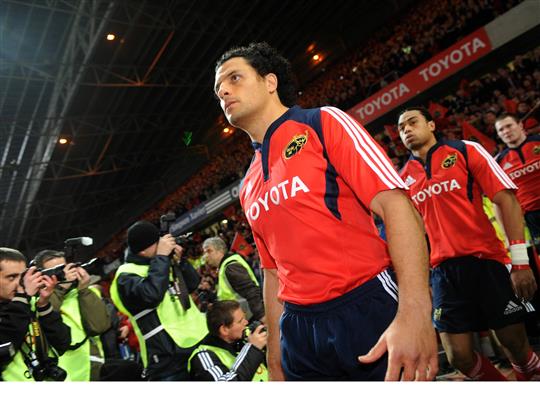 An all-time Munster great, and one of the best to ever play the game. Though he arrived for what was said to be the twilight of his career at the age of 29, it's a testament to Howlett's impact on Munster and European rugby that, when his new side won a Heineken Cup at the end of his first season, the event organisers at the Millennium Stadium followed Howlett alone with a spotlight during celebrations (much to the appreciation of the thousands of Munstermen who donned Howlett wigs in the stadium that day).

The former All Black scored a full 35 tries in his 114 Munster appearances and, adding to his legend, frequented Cork GAA matches wearing his Rebels jersey. Years later, he'd be found in Chicago, seemingly celebrating Ireland's historic victory over his beloved All Blacks, for whom he remains the record try-scorer.

Perhaps his most iconic moment, however, arrived on the 18th of November 2008: The day Howlett led the Munster haka. 30 years on from a historic day in '78, Munster opened the new Thomond Park by playing host to the All Blacks. Howlett captained the 33/1 outsiders to a razor-thin defeat, with Joe Rokococo breaking the hearts of a Munster side lacking 10 internationals. Already a rugby legend, he became a rugby legend that night, and remains one to this day.

Rugby
1 week ago
By Gary Connaughton
John Hodnett Scores Stunning Try In MOTM Performance In Munster Debut
Rugby
2 weeks ago
By Gary Connaughton
Watch: O'Gara Gives Fascinating Insight To Dynamic Between Captain & Kicker
Rugby
3 weeks ago
By Maurice Brosnan
The Future Is Bright For Munster's Most Problematic Position As Another U20 Star Shines
Popular on Balls
GAA
9 hours ago
By PJ Browne
'Looking At Him In The Coffin, All The What-Ifs Come Up'
5