With Nigel Owens retiring from international rugby refereeing, it is the ideal time to look back at what makes him such a popular figure in the sport. There was perhaps no better example than this.

With five minutes remaining in the PRO12 clash between Leinster and Scarlets a few years back, a Leinster ball boy tossed the ball back onto the pitch to restart the game.

The throw went awry, however, and hit referee Nigel Owens on the back of the head. The Welsh referee responded superbly: marching over to the ball boy, to whom he brandished a yellow card.

You can relive the moment below:

Owens addressed the incident on twitter after the game, asking if anyone could put him in touch with the ball boy:

This is why rugby is the greatest team sport in the world. Anyone know the ballboy? Will send him my match Jersey to keep. #goodsport https://t.co/2Hk2zjXIcI

There was a bit of a delay, but Owens has kept his word, and would go on to tweet out a picture of the ball boy holding a jersey bearing Owens' signature along with the message "Good Pass".

The postman took his time but as promised the jersey has arrived with the Ball Boy Joe safe and sound. https://t.co/vJ6fpfaUUL . pic.twitter.com/dy8rTCCMMk

We wish him well in his retirement from the international game.

SEE ALSO: James Lowe Has Responded To Chris Ashton's Claims That He Is Too Slow 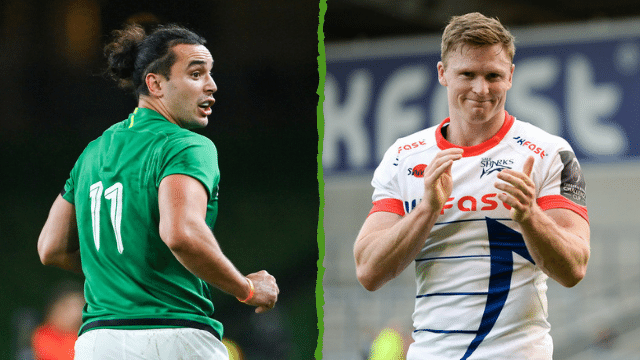