Imagine being on the end of this.

There was little sympathy, in fact a lot of anger shown to South African lock Ryno Pieterse after his disgraceful tackle on Maxime Lucu.

Castres were 20-23 down in a Top14 clash with Bordeaux, and looked on the right end of mounting a comeback.

Lucu appeared to be kicking an up and under, when Pieterse made a b-line for the scrum half and absolutely mauled him with a very poorly timed tackle.

It came after the ball left Lucu's boot, and the challenge was high with very obvious malicious intent. That's not even addressing the size discrepancy between the players.

You won't see many more straightforward red cards than that one 🟥 pic.twitter.com/ZD5UmAgtaw

Pieterse was immediately shown a red card by referee Romain Poite, and the South African was sent to the stands with little to argue about.

Despite being a man down, Castres did manage to convert a late penalty to end the game as a draw. Nonetheless, the main talking point was Pieterse's tackle and what sort of ban he could be facing.

Well renowned referee Nigel Owens gave his take on the tackle, saying, "I never get involved in citing's or length of ban conversations."

"But this was as obvious a red card you will see and well done Romain, no TMO lengthy conversations. But it has to now be followed by a very very lengthy ban."

I never get involved in Citing’s or length of ban conversations. But this was as obvious a RC you will see and well done Romain, no TMO lengthy conversations. But it has to now be followed by a very very lengthy ban. https://t.co/oh2r1DGu2A

Twitter appeared to be in unison for once regarding the tackle, with one user saying "I thought the Bordeaux players reacted quite mildly in all fairness. Would have expected a few punches for that hit."

Another chimed in, "Absolute shocker. Well handled by the ref. But seeing that does make me miss the days where he ends up getting his teeth knocked out. Good the game is safer but that gets the blood boiling. Hope he is banned for a long time."

One Twitter user even compared Ryno Pieterse to Rhyno the WWE wrestler, and well, that was the end of that.

See Also: The Adrenaline Is Still Running Through Daniel Ricciardo After Monza Win 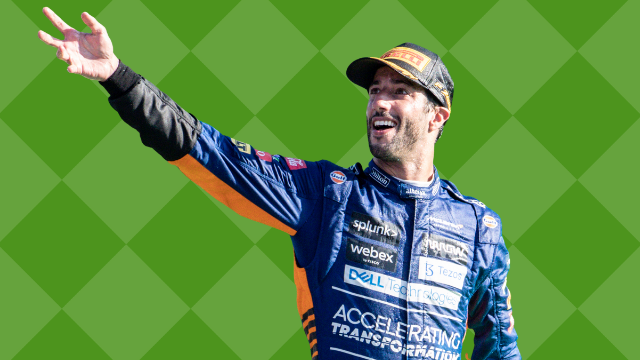 Rugby
3 months ago
By Gary Connaughton
People Couldn't Get Over The Officiating In Castres' Loss To Harlequins
Rugby
4 months ago
By Jonathan Byrne
Crowley Shows Promise For Munster In Last Gasp Champions Cup Win
Rugby
4 months ago
By Colman Stanley
How To Watch Munster vs Castres: TV Listings And Team News
Popular on Balls
Rugby
2 days ago
By Colman Stanley
'That Pace, That Intensity, That Organisation' All Black Legend Has High Praise For Leinster
GAA
2 days ago
By PJ Browne
Cusack Has Little Sympathy For Gearoid Hegarty After Red Card
Football
10 hours ago
By Colman Stanley
Wagatha Christie Trial Sheds New Light On England's Euro 2016 Disaster
GAA
16 hours ago
By PJ Browne
GAA President Explains Why Tailteann Cup Won't Be All-Ireland Curtain Raiser