Exeter City Chiefs have been crowned Champions Cup winners after a dramatic win over Racing 92 this evening, with the game at Ashton Gate coming right down to the wire.

The English side would run out winners on a scoreline of 31-27 in an all-time classic, with two tries from Simon Zebo not enough for Racing. In all there were eight tries scored, the most ever in a Champions Cup final.

Exeter would kick a penalty as the clock ticked into the red late on to stretch their lead to four points, but the French side thought they would have one final opportunity to get a go-ahead try.

However, it soon emerged that there had been a mistake with the clock. The clock had not restarted when requested by referee Nigel Owens, something he would soon be informed of by his TMO. What followed was a fairly prickly exchange.

TMO: I'll explain what happened. You asked the time to go on, we were working with the producers to turn that time on. We were unable to do so when you asked, however when the ball crossed the posts it was about 79:57.

The clock should have been in excess of 80:00 because the clock was not put on when you asked for it to be put on.

Owens: All I want to know is, when the ball crossed the posts was the time up? Yes or no?

TMO: Technically the time was up, yes it was.

Owens: I don't need technically. I need to know was the time up when the ball went over the posts?

TMO: The clock was on 79:57 when the ball went over. However, I will repeat. When you asked for the clock to be put on we were unable to do so on the TV.

Owens: So the time is over, you're telling me?

TMO: The time is over, yes.

It turned out that penalty would be the final act of the contest.

We could imagine the controversy that would have unfolded had the error not been picked up and Racing got a try from the restart.

SEE ALSO: Rob Kearney Speaks About The Tragic Death And Legacy Of His Brother Ross 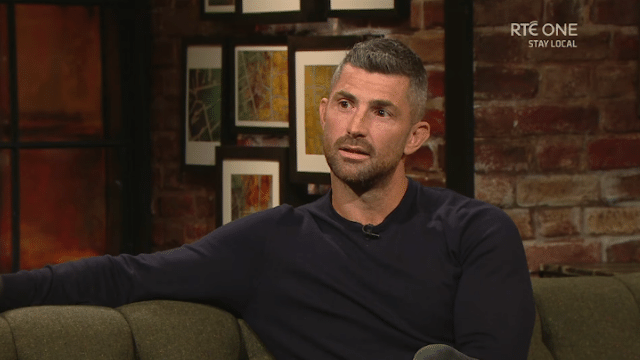 Irish Life
1 week ago
By Gary Connaughton
There Is A Frankly Stupid Amount Of Top Quality Sport On TV This Weekend
Rugby
1 week ago
By PJ Browne
CJ Stander Fights Back The Tears After Last Big Munster Game
Rugby
2 weeks ago
By Donny Mahoney
Toulon Incensed By Cancellation Of Champions Cup Fixtures With Leinster
Popular on Balls
Premier League
16 hours ago
By Michael McCarthy
Quiz - Can You Name Manchester United's Top 3 Goalscorers From Each Premier League Season?
Football
16 hours ago
By Gary Connaughton
Paul Scholes Is Unconvinced By A Manchester United Move For Jadon Sancho
29