Noel McNamara Believes Irish U20s Will Make Their Own Mark

Irish U-20 coach Noel McNamara said there will not be any pressure on this year’s side to repeat the feat of the squad which swept to a Six Nations Grand Slam last season.

He said that each crop of young players made their own mark and he’s confident that this group has the capability as individuals and a team to achieve a lot.

McNamara and his assistant coaches Kieran Campbell and Colm Tucker have selected a 37-man squad, split into 20 forwards and 17 backs, with eleven of the backs underage again next year. Leinster supply 20 players to the squad, with seven from Ulster, five from Munster, four from Connacht and one from the exiles programme.

There are seven survivors from last year when they won a Six Nations Grand Slam and finished eighth in the World Championship with captain David McCann and vice-captain Thomas Clarkson being joined by Brian Deeny, John McKee, Charlie Ward, Thomas Ahern and Max O’Reilly.

McNamara, speaking at their Fota Island base in Cork where they are in camp this week, said a number of players weren’t considered for selection due to injury including hooker Scott Buckley, winger Aaron Sexton and back rower Ciaran Booth.

McNamara announced his squad at a function in Cork where he was joined by IRFU President Nicky Comyn and Ger O’Mahoney of PwC, who said it was their 15th year as sponsors of the Irish U-20s.

“We are enormously proud to be associated with the Irish U-20s and we’re looking forward to more exciting nights here in Cork. There was a great turnout last year for all the games and hopefully there will be again this year. It feeds into the players to have such great crowds supporting them,” said Ger O’Mahoney.

McNamara said he has been encouraged by the progress made by this squad in the time they have spent together but that they are not burdened by the success of last year’s side.

The reality and the cyclical nature of the U-20s is it’s very much a one-year programme. It’s a new group. While there are things we will look replicate, the reality is you can’t copy and paste either.

Just because something worked for last year’s group it doesn’t necessarily mean it is automatically going to work for this year’s group. It is very much a case of a new year and there are a couple of guys back who will be looking to drive on standards.

There are quite a few guys who were in school this time last year and are really keen to make a mark for themselves as well. That is the really exciting thing about this age-group for me. There is no ceiling. It is absolutely up to them. And this group are really eager to leave their mark and their little imprint on Irish rugby. 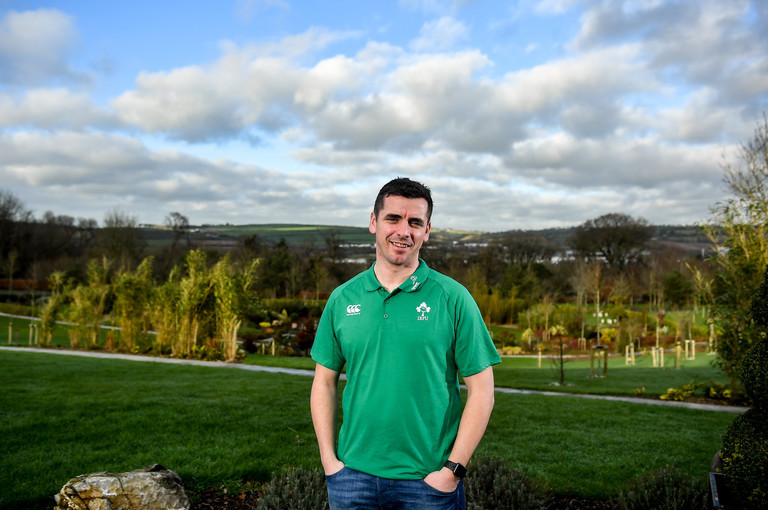 McNamara, who is also Leinster academy manager, is heading into his third season as Irish U-20 coach. He worked closely with Joe Schmidt in the past and has had several conversations with Andy Farrell, who he has known for some time. And the Clare native, a former teacher and schools coach who has worked in several strands of the game, believes that gathering all of Irish rugby at Abbotstown is a huge step forward for rugby in Ireland.

“I think the major developments in Irish rugby will prove to be Abbotstown and the National Sports Campus. We ran a camp there a few weeks ago. Mike Catt is upstairs, he just came down and he's kicking with Jack Crowley and Tim Corkery and Cathal Forde. Simon Easterby is working with Thomas Ahern and 'Fogs' (John Fogarty) is there with the hookers. It just really had a club feel about it. I think that's a massive plus for Irish rugby, it's a massive plus for young coaches, for young players, we'll see that grow and strengthen over the next few weeks as well.

McNamara says that the pathway is clear for young players to follow and the current crop know they are on course.

“The U-20s is so competitive. We see now; Caelan Doris, Tom O’Toole, Ronan Kelleher go from the U-20s within one year to be in a senior Six Nations squad. We see last year Ryan Baird and Harry Byrne to be in that development. We see players playing Champions Cup in Niall Murray, Ben Healy, Craig Casey. This is incredibly high level of rugby. That is the reality. I think it’s a fantastic age-grade to be involved with.

“I have an inherent confidence in young people anyway. But certainly the one thing that has struck me about this group and from working with this group is any time we have got together we have got better. That is really all you can ask. The hallmark of any good team is continuous improvement and that is the challenge for us, to continue to improve. They have done that from the first time we got together in November. The challenge for us is we set our stall out on Friday week and to continue to improve for the rest of the season from that point.”

His side will open their campaign with two home games in Cork against Scotland and Wales, then take on England in Northampton before hosting Italy and wrapping up their campaign in Perpignan against reigning world champions France.

Copy issued on behalf of PwC, sponsor of the Ireland U-20 squad

Rugby
1 month ago
By Balls Staff
Coach's View: What Made The Ireland U20s So Devastating This Year
Rugby
1 month ago
By Jonathan Browne
How To Watch Ireland U20s Vs Scotland In Grand Slam Decider
Rugby
2 months ago
By Jonathan Browne
Ireland U20s Vs England: How To Watch and Match Preview
Popular on Balls
GAA
3 days ago
By PJ Browne
Mayo's Padraig O'Hora Using Football To Promote His Real Passion
Rugby
21 hours ago
By Colman Stanley
'That Pace, That Intensity, That Organisation' All Black Legend Has High Praise For Leinster
GAA
22 hours ago
By PJ Browne
Jim McGuinness's Gut Tells Him Dublin Will Win The All-Ireland
33