The Ireland U20s produced another bonus-point win tonight, keeping their dreams of back-to-back Grand Slams alive. However, this was perhaps the most impressive performance to date considering they were facing the old enemy who boast more wins in this competition than any other nation, and given it was Ireland's first game on the road this year.

As they have in their opening two games of the campaign Ireland brought their usual flair, running in six tries, some in fairly emphatic fashion. However, it was the side's defensive performance that really impressed their manager on the night, particularly as the hosts chased a losing bonus-point at the end.

Ireland kept England out, ensuring the hosts finished the game with no point for their efforts, a result which Noel McNamara feels could have a huge bearing towards the end of the tournament. 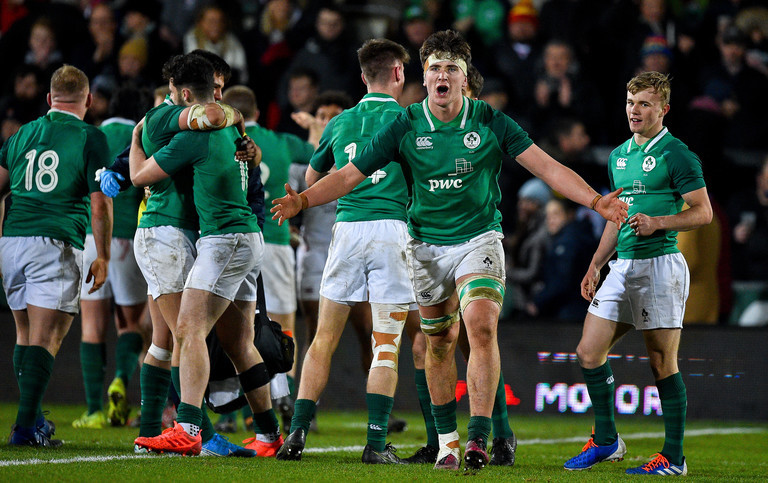 "There were parts of that game when we attacked really, really well and caused England an awful lot of problems," he told Sky Sports after the game.

But arguably the highlight of the game was keeping England out at the end. Another try for England gives them a bonus point and you don't know how that is going to come to bear at the end of the championship. I thought that defensive set at the end was a massive positive for us.

There is still areas for us to be a little bit better in and particularly how we navigated the game when England came back into it. You've got to give them a lot of credit with how they came back out in that second half.

Ireland remain the only side in the competition capable of winning the Grand Slam and, therefore, must be overwhelming favourites to reclaim the title.

Next up for the side will be a return to Irish Independent Park in Cork on Friday, March 6 for a clash with Italy before heading for Paris to face France in the final round.