Gale and thunder in the Sportsgrounds. Leinster's Pro14 ascent continued last night as they blitzed the Connacht challenge in Galway. After 80 minutes it was 42-11 but in truth, the game was over long before then as Leo Cullen's side look to carry form into Europe. 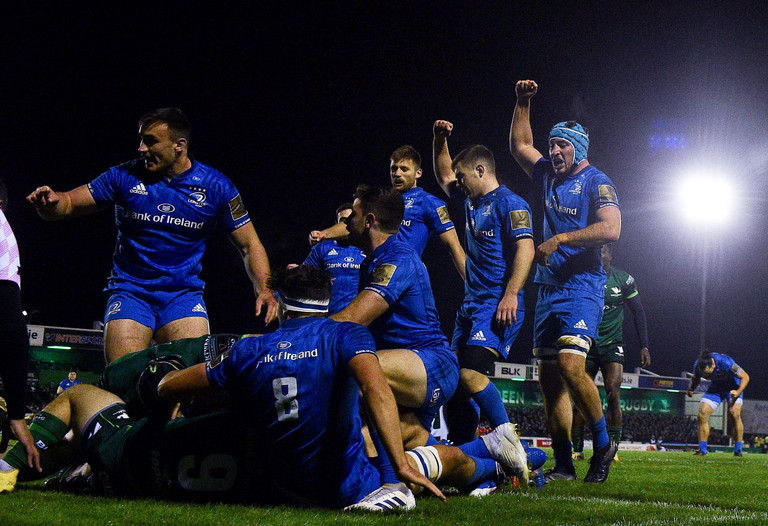 Leading the way for Leinster was their exciting hooker Rónan Kelleher. The 21-year old started the tie alongside Cian Healy and Andrew Porter in a terrifying front row and crushed a Connacht side who were missing three lock forwards and had Finlay Bealham depart early due to injury.

Kelleher finished with two tries, taking his total for the season to six. With Sean Cronin injured and Rory Best retired, the St. Michaels man could not have timed his run better.

Ronan Kelleher of @leinsterrugby has already scored six tries in the @PRO14Official this campaign. Only two other hookers have topped his tally for an ENTIRE season: 8 by Ulster's Rob Herring and 7 by Sean Cronin also of Leinster, both last season.

A third try in 22 minutes for Leinster, as Ronan Kelleher goes over for the second time this evening at the Sportsground.

It was a superb showing that had one former Irish forward very impressed.

"He has got an all-round game. We are talking about him in an international pack," said Donncha O'Callaghan on Eir Sport.

"It is an opportunity and he is certainly taking it."

Next up Leinster take on Bennetton on Saturday in the Champions Cup. Meanwhile, Connacht welcome Montpellier to the Sportsgrounds on Sunday.