Job done for Ireland against Wales.

It was a thoroughly comfortable victory for our U20 side in the Six Nations in Cardiff this evening, running out 40-12 winners in a five-try showing.

There is no shortage of talent in this team, but one player stood out.

Ulster scrum-half Nathan Doak was the star performer, scoring one try and providing a brilliant performance from the tee, kicking three conversions and three penalties.

Speaking on RTÉ before the game, Bernard Jackman said that Doak has been seen as a potentially special talent up north since the age of 12 or 13, and it's certainly not difficult to see why based on tonight's display. He was at the centre of everything good that Ireland did.

You only need to see his try to see why this lad can be a big player for club and country over the coming years.

Eddie O'Sullivan also believes that Doak is a youngster with a massive future ahead of him:

Doak looks a cut above at everything he does.

His execution, decision making, work rate, accuracy, he is talking all time time and giving instructions.

A fella in that position at that age in this competition is worth his weight in gold, because he stabilises everything around him...

He field it brilliantly (for his try) and just breaks down the left. Now the cover from Wales is poor, but once he puts his foot on the gas...

He has the acceleration down the touchline, he cruises to get the ball away to his support runner, then stays alive to get the return pass. That is quality.

It's athletic, skilful, and smart. What you are seeing in the game is his capacity to make good decisions and be aware of what is going on around him.

A lot of guys wouldn't have got back into the game to take the scoring pass.

Bernard Jackman believes Doak is actually more similar to a French number nine as opposed to what we normally see in this country:

I thought Doak was outstanding. A lot of our game is going to be built around him...

He is very like a French nine in that he is the general, he goal kicks as well.

He is the ideal nine to accompany somebody like [Tim] Corkery who is a little bit more instinctive, learning the game and coming through the club system. 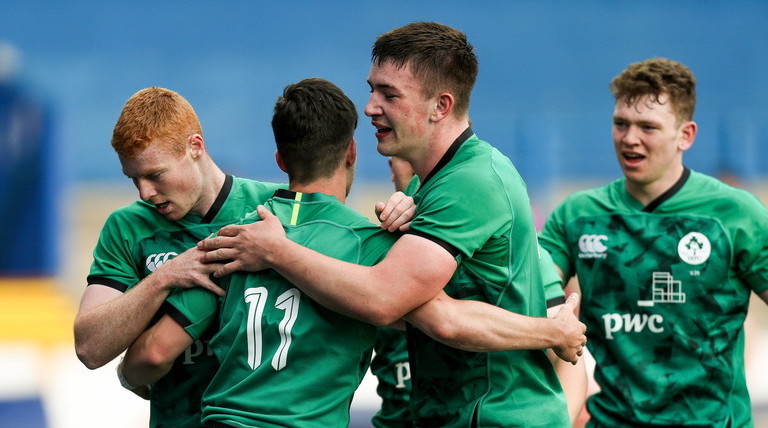