On Monday evening we finally got to witness the much anticipated release of N****s in Paris, the follow on single from Paddy Jackson and Simon Zebo.

The video had been teased by Jackson on his Instagram a week ago and the final product didn't disappoint. In case you haven't seen it already you can check it out below, and for those of you who have I think we can all agree that these are the top five moments. 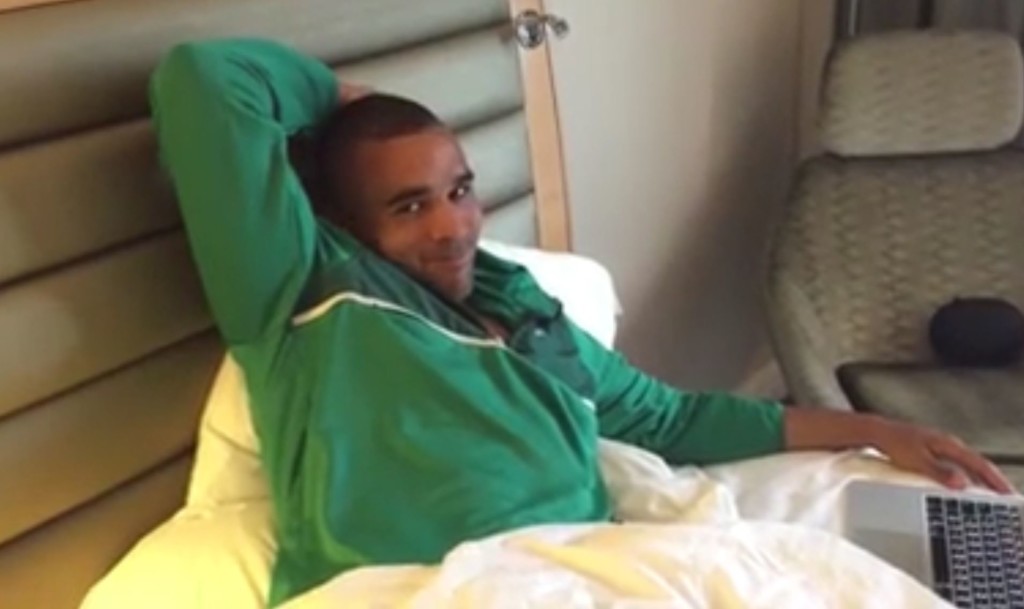 The beginning of this clip tells you everything you need to know about why it was made. When you're away on tour, boredom can easily take over your days, as is evident by Zebo lying in bed in the middle of the day fully clothed and browsing his laptop.

He's clearly in the zone lamenting his music video debut back in 2013 and looks upset that he isn't having as much fun this time round, that's until he has his eureka moment, turning his frown into the cheekiest of grins suggesting that it's time for part 2. 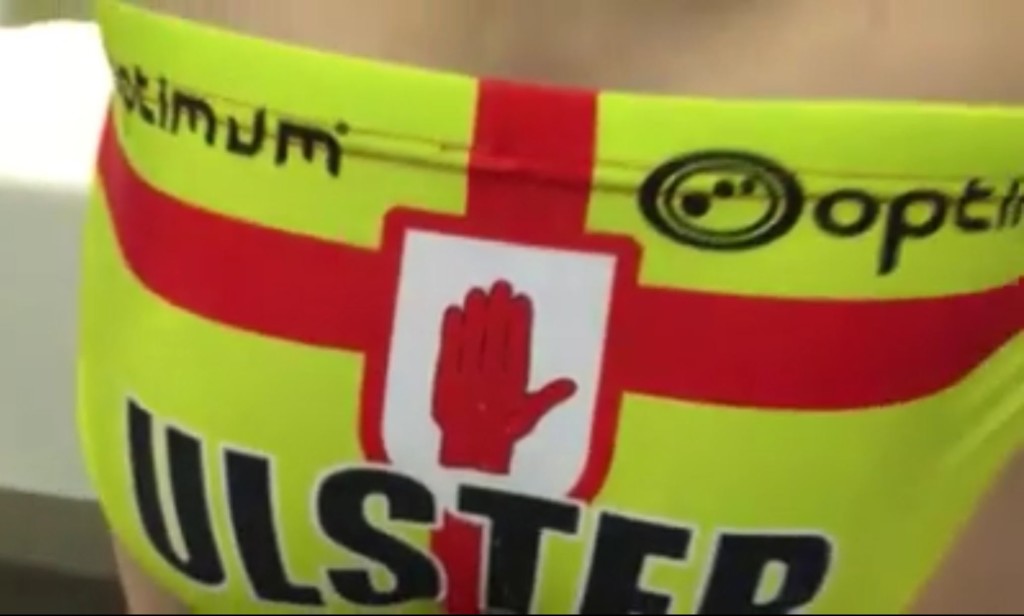 Everything about this scene is brilliant. The extreme close up at the start gives you the impression you're looking at an Ulster flag, but when the camera zooms out it reveals Jackson's personalised Ulster jocks which have a red hand slapped across his arse.

The nonchalant toothbrush throw that follows is a very classy bonus. 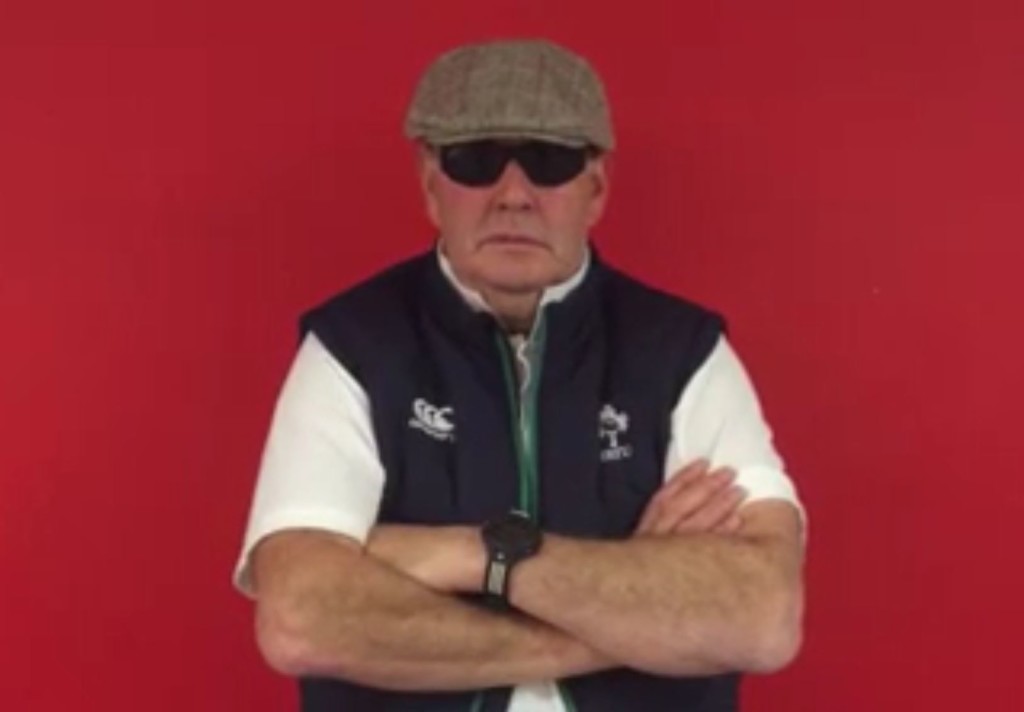 The newly retired bagman Rala has become an internet sensation thanks to his exploits with the Irish team over the years. He clearly revels in partaking in any tomfoolery that goes around the Ireland squad, so this video wouldn't have been complete without a cameo from the cult hero. 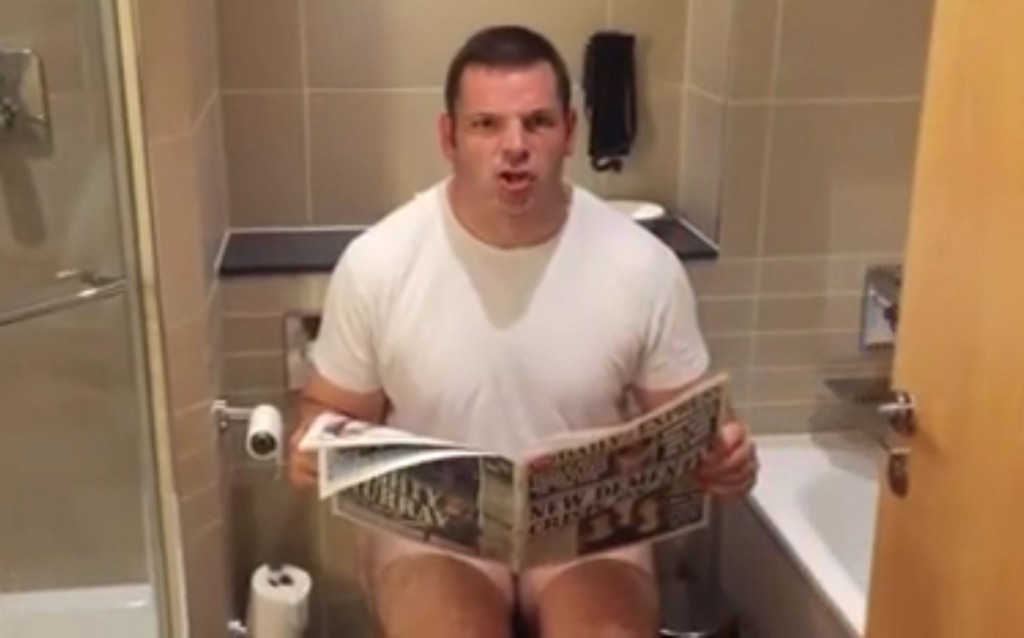 The funny thing about this cameo is that you can imagine Mike Ross literally in the middle of doing his thing when these two stormed in decked out in suits.

Ross comes across as one of the more quiet squad members so his inclusion in the video is all the more enjoyable. 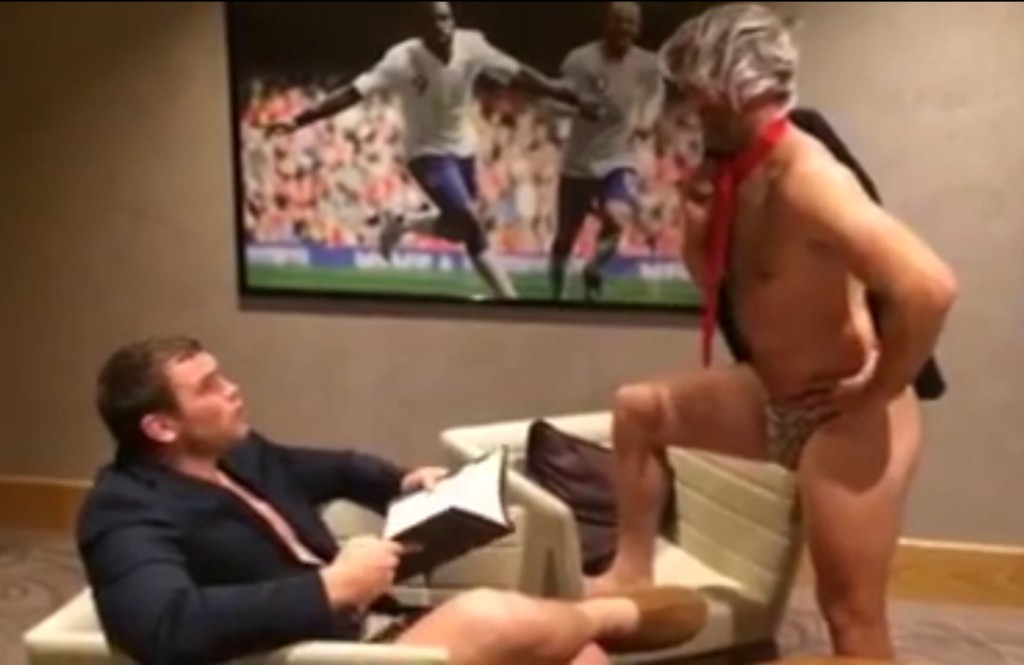 These two must have been bored out of their mind to have agreed to do this. The fact that Jack McGrath can sit there reading a book in a blazer, no pants, and a pair of slippers and look normal tells you something about the appearance of who we are 99.9% sure is Luke Fitzgerald.

The Leinsterman can be seen sporting what looks like a male thong, a red tie and a shower cap, with a blazer casually flung over his shoulder.

Just in case you wanted another look.....