For 36-year-old Sergio Parisse this weekend's clash with New Zealand was set to become an emotional swansong, the Italian captain having represented his country at five World Cups stretching all the way back to the 2003 tournament in Australia.

However, with Typhoon Hagibis set to arrive in Japan over the weekend, two World Cup games have been cancelled including the Italy's clash with the All Blacks in Pool B. The other game cancelled was the Pool C clash between England and France.

Speaking to reporters after the announcement this morning, the second most capped player of all time was naturally disappointed. But he was also frustrated by the decision of the authorities.

"It is difficult to know that we won't have the chance to play a match against one of the great teams," he said. "If New Zealand needed four or five points against us it would not have been cancelled.

Sure, everyone might think that Italy versus New Zealand being cancelled counts for nothing because we'd have lost anyway, but we deserved to be respected as a team.

We had the chance to play in a big stadium, against a great team. The alternative is Plan B. When you organise a World Cup you should have one in place.

Having already lost to South Africa progressing to the quarter-finals was unlikely for Conor O'Shea's side, but it was still mathematically possible at the time of the decision this morning.

That would have, however, required the Azzurri to beat the reigning world champions for the first time in their history in Toyota. 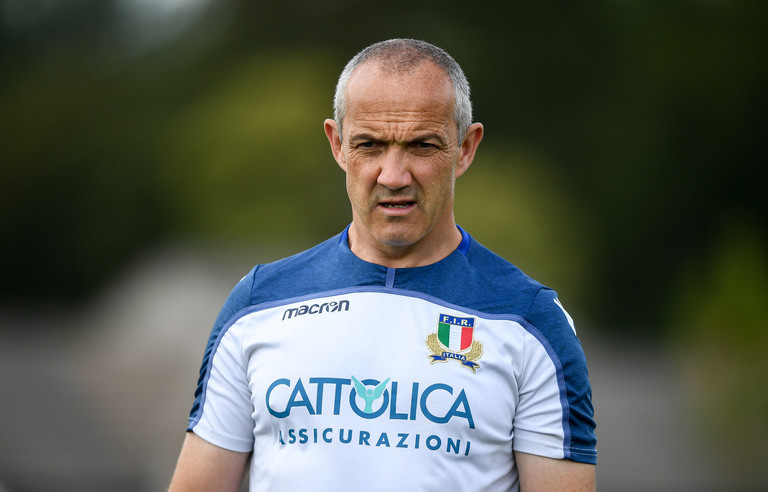 Like Parisse, O'Shea was left bitterly disappointed by the decision to declare the game a draw, handing the side two points but only enough to finish third in the pool.

"We had the chance to qualify," O'Shea said. "I'm not saying we would have beaten them, but you want to finish on the pitch.

I'm finding it really difficult and I saw the players' reaction after training and it was horrible because these guys have given their lives to Italian rugby and their World Cup has ended on the training pitch, when it should be on the playing field.

I feel bad for Sergio and the whole squad not to have the possibility to finish their World Cup on the pitch in front of the fans, and then together in the changing room. To have to accept it won't be the case is really, really hard to take.

Meanwhile, Ireland's clash with Samoa has been given the all-clear to go ahead as scheduled on Saturday morning at 11.45am (Irish time).