Two days after being left out of the Lions squad, Kyle Sinckler gave a Man of the Match performance as his Bristol Bears side defeated Bath at the Recreation Ground.

The tighthead prop was one of the surprise omissions from Warren Gatland's 37-man squad for this summer's tour of South Africa.

The 28-year-old - who toured New Zealand with the Lions four years ago - described it as an "emotional week".

"We were all in a team meeting when it all happened. As soon as the meeting finished, everyone looked at their phones, and everyone went 'Jeez, Sinks isn't there'.

"He was ready to go, doing the warm-up. He came straight over - we had a hug, and he just said, 'It's all good. I'm going to use it for good'. I said, 'Mate, we're right behind you'. Then he was just wonderful at training. This whole week, he's been great."

Sinckler said he wanted to be an example for children this week, adding it would have been easy for him to "play the victim" and "throw the toys out of the pram".

"He's been through a lot," continued Lam

"That's exactly what I was talking about before about inspiring people. That's what he does. He just feels real comfortable in the place. He's been a real asset.

"The reason why it's a shock is because every single person had him in their team. We know what he can do. He keeps playing well, you never know what is going to happen. He could be on that plane.

"The way that he has responded shows the true mark of the man. We're blessed to have him in our team. He will bounce back."

Ugo Monye was in tears discussing his former Harlequins teammate being overlooked for the squad.

"I don't even know why I'm emotional," said Monye.

"Playing for the Lions is huge. I'm so pleased for everybody else that has been selected. Equally, I don't think I've seen Kyle like that because he's probably never hurt like that before."

Saturday's 40-20 win maintains Bristol's spot at the top of the Premiership table. 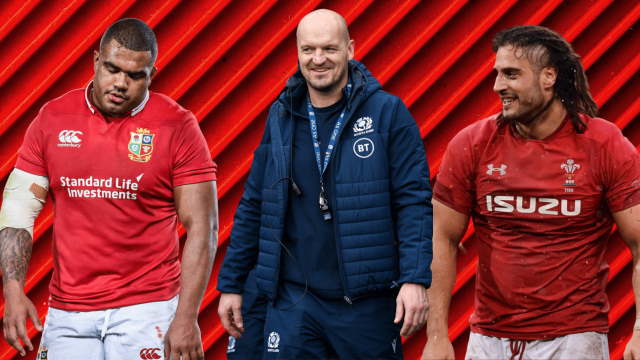