Paul O'Connell was one of the greatest players ever to pull on a Munster and Ireland jersey.

In a career spanning 15 years, he won nearly all there was to win in the sport, captaining both his country and his province, as well as the Lions.

However, there was a chance he could have ended up at a different team early in his career.

In his autobiography The Battle, recalled how nervous he was about the prospect of meeting Munster coach Declan Kidney to discuss signing for the province. There was interest from Connacht at the time, meaning O'Connell's brother advised him not to accept a lowball offer from Munster.

"The night before my meeting with Declan Kidney, I talked to Justin (his brother)," said O'Connell.

He told me I needed to look the part, and that I should dress big. 'Whatever you do, don't wear stripes,' he said. `They'll make you look long, and you need to look wide'...

I'd taken Justin at his word. I was wearing a Canterbury top with green, yellow and red hoops under a Lowe Alpine fleece jacket, unzipped. Underneath I had two T-shirts, one long-sleeved, the other short.

Munster already had four second-rows in their senior squad, so I was expecting to be offered a development contract on small money.

'Keep your powder dry,' Justin said in the car. 'You don't have to commit to anything today. You have other options.'Ok,' I said, although that was a stretch. Option singular, maybe. Connacht had been on to me.

Dad nodded and Justin carried on, like an agent looking out for his client. 'Ask him how he sees your development going. You can't be cannon fodder in there for two or three years when you could be in the team somewhere else.' 'OK. I'll ask him.'

'He'll probably offer you about ten grand a year, but don't accept anything less than eighteen.' Eighteen grand. My bottom line. But then I thought, what if he offers me twelve or fifteen?

O'Connell had linked up with Munster in an informal way before, travelling with the squad to a Heineken Cup game in France. 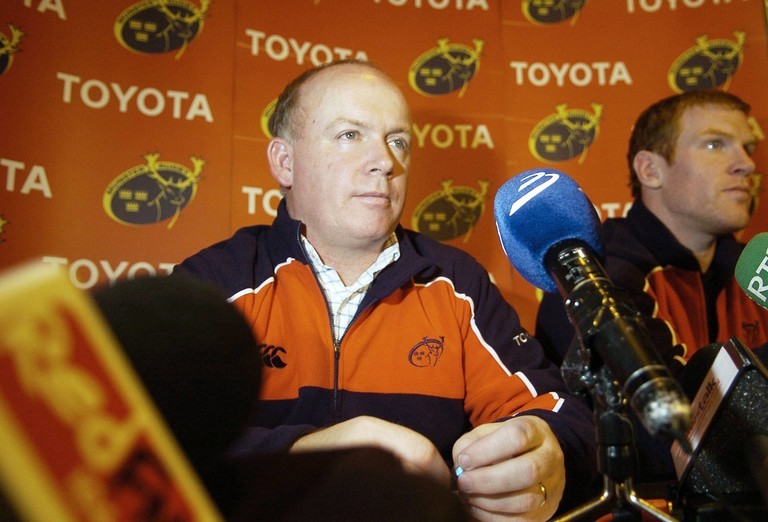 It was here that he had his first experience of Kidney and the other players in the squad, including becoming embarrassed when asked to sign an autograph for a Munster supporter.

While his brother prepared him for a lowball offer from Declan Kidney, he could not believe the offer he was about to receive from the future Ireland manager.

Earlier in the season, when I was out injured with a neck problem, he'd kindly invited me to travel with the Munster squad for a Heineken Cup game in Castres.

Just being in the team room that weekend felt incredible. When they pulled off a brilliant win, I was alongside Declan when the players headed off to applaud the travelling sup-porters. He turned to me and said: 'Welcome to Munster rugby.'

When one of the supporters handed around a bodhran to be autographed by the players, I passed it straight on to Declan. He handed it back, along with the pen. 'Sign that now,' he said.

I was mortified to be signing the bodhran. Putting my name down beside the guys who'd played that day, like Claw and Mick Galwey, David Wallace and Anthony Foley, and so many other class players who had put Munster on the European stage.

As Declan returned it to the supporter he nodded at me. 'We brought him over for the weekend,' he told the guy. 'The things we have to do to stop these fellas from going to Connacht.' It was classic Deccie, I'd learn later.

Now, in the hotel room, he didn't cut to the chase straight away. He was bothered by Matt saying I wasn't being given a fair crack of the whip. 'Can't be influenced like that,' he said. 'But I never told Matt to say that,' I told him. 'He said it off his own bat.'

Once he'd made his point he smiled and said he wanted me to sign for Munster. He said he thought I had a good future ahead of me. Then he offered me a full professional contract and £35,000 a year. I stretched out my right hand. 'I'll take it,' I said.

It's fair to say the contract worked out well for both team and player. 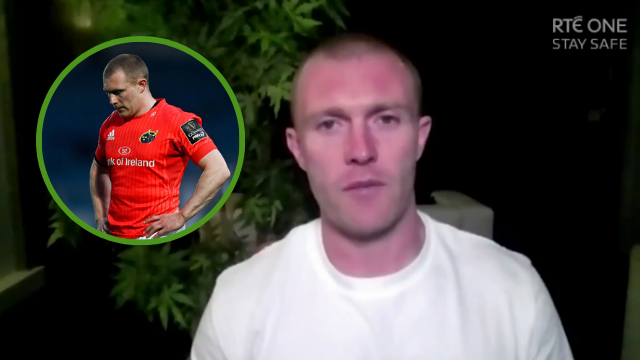