One of the major changes in rugby since Paul O'Connell's retirement from the professional game five years ago has been the technology used by teams.

O'Connell joined the Ireland backroom team early last month as forwards coach and is now getting to grips with how things are done.

"We’re in the HPC (High Performance Centre) now and that has actually made a big change to it because you’ve pitchside televisions in the indoor pitch. You have TVs in the gym," said O'Connell.

"When we had meetings with Joe (Schmidt), he loved the meetings, he was box office when he delivered, and he was always trying to keep everything to under 30 minutes, so there wasn’t a lot of questions. I always enjoyed debating things with him after the meeting. I never felt like I couldn't question or argue with him. I loved his environment.

"It's probably similar here. It's shorter meetings because there's more time for questioning. The question that Tom O'Toole asks in a meeting today and the answer that he gets is probably a question that seven or eight people should be asking as well.

"That's the way players learn now. It isn't about long meetings. It's short sharp meetings. Players watch things of their phone. You can send them things on their phone. That wasn't there towards the of my time. When I retired, we were into a meeting that was generally 30 minutes long, and then the questioning would happen over dinner or lunch.

"The Crusaders have been very good at it. When you chat to ROG (Ronan O'Gara), it's collaborative, trying to get players to coach, get them to own what they are doing; if somebody can coach something, explain it really well to somebody else, they know what they are doing. It's a great way to check their learning and understanding."

O'Connell joining the Ireland coaching team so shortly after the end of his playing career means there any many in the squad who were not only teammates but are also his friends.

"I’m sure there will be challenges down the line when you have to have difficult conversations with people but Andy has said over and over again, players just want you to be honest with them and if you’re wrong, hold your hand up," the 41-year-old said when asked how he would deal with that situation.

“That’s what I intend to do. 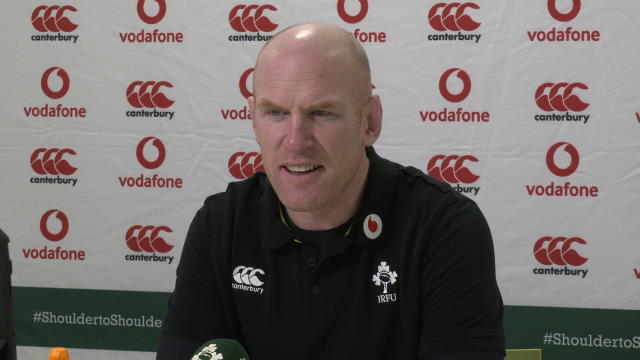