Paul O'Connell has spoken publicly on his decision to leave Stade Francais at the end of the season.

O'Connell joined the Top 14 outfit as a coach last year to team up with head coach Heyneke Meyer and former Munster team-mate Mike Prendergast. However, it was announced last month he was set to leave this summer.

Speaking on RTE Morning Ireland, O'Connell hinted at the contrasting cultures between Ireland and France.

I don’t have any regrets. I think they do some things very, very differently there to the way I would like to do them so I’ve decided to move on. It’s been a fantastic year for me and the family

I suppose you learn how lucky we are in Irish rugby: the structure, the way it’s run is far better suited to the long-term development of the player. It’s very competitive from a business point of view in France. It’s very hard to think long term there.

O'Connell explained he leaves having enjoyed the experience: "It has been a great year but there are a few differences in how we’d like to do things and that’s no big deal." 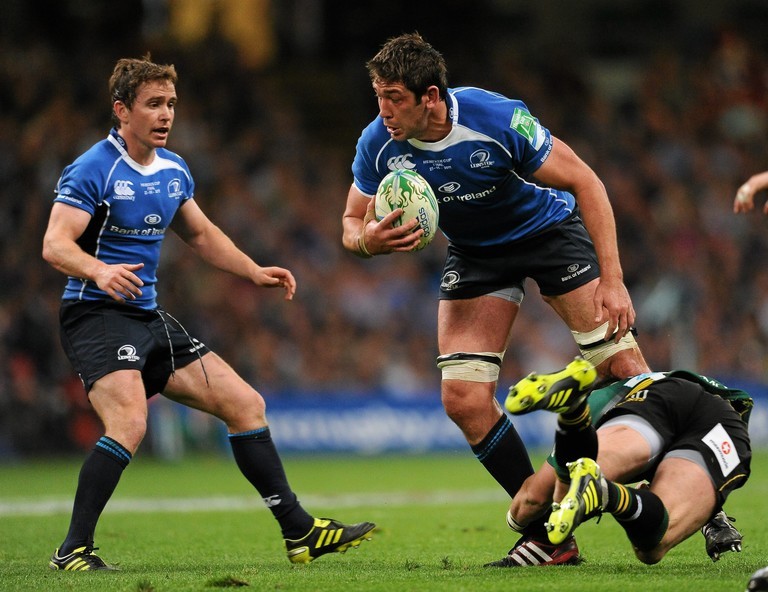 It's been a theme on the Balls.ie rugby podcast, World in Union, throughout the year. Speaking on the show this week, former Leinster and Clermont player Nathan Hines said similar.

They look at rugby differently.

While Paul O'Connell and Nathan Hines are now coaches, players have also articulated the idea. Also speaking on the Balls.ie podcast, former Munster man Steven McMahon explained why it proved beneficial to him.

It can be really chalk and cheese. At times you are scratching your head on the training ground at certain methods, philosophies or ways of thinking. They are just so different to at home. Some parts are better and some are worse. Some parts of it helps players, for me for example. The relaxed vibe about the place really gave me a chance to get my confidence back. As I eluded to, I wasn't playing at all.

I was playing for Garryowen but I wasn't really cracking on with Munster at all. So I was a bit low on confidence when I went onto a pitch you were thinking twice about trying something risky. You'd just set in the gameplan, but they very much like you to crack on here and that was always promoted. The mistakes aren't always picked up here which drives me bananas in training but then it works to your advantage at times as well.

It appears the contrast is clear, but there are both positives and negatives to it.

SEE ALSO: Who Is Leinster Rugby's Greatest Ever Foreign Import?