O'Connell: 'We Were A Little Bit French In Some Of Our Play'

Paul O'Connell would like to see Ireland incorporate the type of "ruthless efficiency" they had under Joe Schmidt into Andy Farrell's style of play.

"We're used to Irish teams not giving anything away, you really have to earn your wins against them - in the past, certainly," O'Connell said on the BBC's coverage of Ireland's defeat to France in Paris.

"They are trying to play differently to Joe Schmidt. They have a bit of structure to the unstructured part of the game. They are progressing in that regard.

"I think they have to keep all the good parts of the old system that Joe Schmidt had. They've got to keep that ruthless efficiency they had.

"The more time they get to play and train together, the better. They've had two weeks in a row now and are about to head into a run of five games. The coaching staff will be relishing that."

The former Ireland captain does not see there being major changes to the Irish team over the coming weeks.

"I don't think we have a load of players who are ready to come in," said O'Connell.

"We have four professional teams. We're not like France or England with 12 professional teams. Those are the best guys we have to offer. There are some excellent young guys coming through and I'd say they'll take the opportunity to blood some of them.

"Leinster are certainly phasing players in. They didn't pick Johnny Sexton for the Pro14 final this year. They picked Ross Byrne to be out-half.

"Munster had a lot of young players playing last week in a victory against Cardiff. Provincially, we are bringing players through. Are those guys ready for international rugby yet? I don't think so.

"Have we a half-back pairing that we can replace Murray and Sexton with? I don't think so. It might be the case in 18 months or two years." 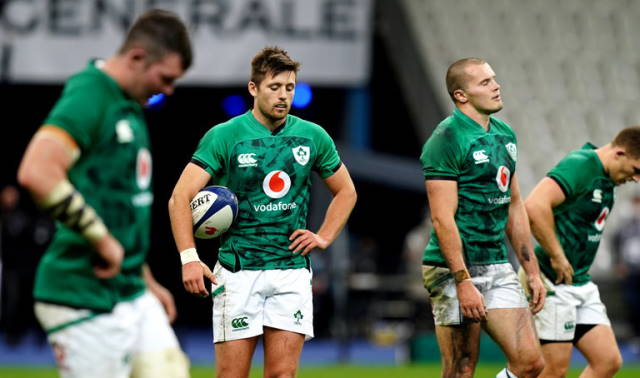