Paul O'Connell has found his time as Ireland forwards coach during this Six Nations to be intense.

"The hours are long," O'Connell said on Tuesday.

Still, he'd like to have a bit more time with the players for lineout coaching.

"It's a constant discussion with Andy (Farrell) about how much time you're going to get with the players but that time restriction is probably what makes you keep things simple," said the former Ireland captain.

"It makes you stick to what's relevant, the critical few moments in the game rather than trying to cover off everything. Sometimes you have to go into a game knowing you haven't everything covered off, and knowing that the players are clever enough to solve problems on the go."

Ireland's lineout has been one of the few areas of their game which has noticeably improved since the Autumn Nations Cup.

"We've managed to give away penalties through sloppy defence on our behalf which has given the opposition access into the game.

"The calling has been good. The players were impressive in the way they take ownership and they run the operation. You're just trying to facilitate them, and trying to help them see what you can with the benefit of a video. You want them to be able to see it under pressure in a game, and see it quickly.

"The second rows have a massive appetite for work. They tend to do an awful lot of video, they prepare a lot, and think about the other guys [for whom] lineout isn't the be all and end all of their week - they try to simplify things for them.

"If the only way you can get the experience is by doing it, it can take a long time. You tend to do a lot of walkthroughs, watch a lot of footage, try to ask questions. The players enjoy talking things through, being challenged, and challenging each other. That's a challenge for me at times: You want to jump in with the answer yourself a lot.

"I was watching John Fogarty today when the scrums finished. He just sat back and let the players talk for 60 seconds before he said anything. They know how to solve the problems themselves very often. If they don't, the guy beside them probably does."

Ireland play Scotland at Murrayfield on Sunday looking to pick up their second win of the competition. For O'Connell, Ireland will be facing "the best Scottish team I've ever gone up against, as a coach or a player". 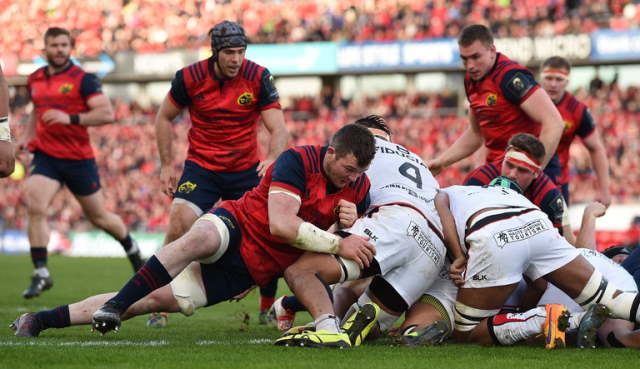