'We Were Delaying Training To Watch Episodes Of The Inbetweeners'

Paul O'Connell says watching The Inbetweeners was one of the key factors in helping the 2009 Lions squad bond during their time together in South Africa.

The second series of the sitcom had just finished in the weeks before the tour.

"One of the highlights of the 2009 Tour for me was The Inbetweeners had just come out," O'Connell said on a Vodafone Lions Live vlogcast.

"We were delaying training and stuff to watch episodes of the Inbetweeners - the coaches were more into it than the players!

"In fairness to Ian McGeechan and Gats, that's what they do well. I don't think there's a team you need to be more prepared for than South Africa in terms of tactically what you're going to do, you need a real plan of how you're going to beat them on the pitch, but unless there's a bit of glue holding the players together as well it's not going to count for a whole lot."

The Lions lost that series 2-1. South Africa easily won the first test but it took a Morne Steyn penatly with the last kick of the game to win their second meeting. The Lions won the third test 28-9.

"In 2005, we went very technical and tactical, probably didn't invest in becoming friends and building relationships and having a bit of craic," continued O'Connell.

"Those two or three days of watching The Inbetweeners in 2009 were great for us.

"Those are important things. You laugh and you joke - it's probably not very cultural, The Inbetweeners, we didn't learn a lot about South Africa watching it - but, Jeez, we had a great few days." 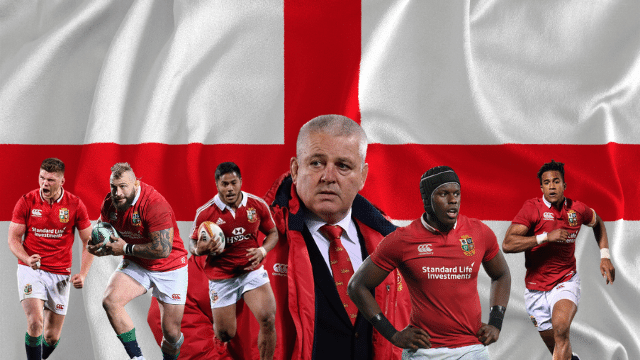