With international rugby put on the back burner for a while, most of the media attention in the game will now be directed towards the upcoming Lions tour.

Debate has been raging as to who will make the plane to South Africa, while there have also been plenty of questions as to who will captain the side. Alan Wyn Jones is seen by many as the most likely option having filled that role under Warren Gatland for Wales, with Stuart Hogg and Maro Itjoe amongst the other contenders.

England captain Owen Farrell is certainly another name in the frame, with Paul O'Connell seeing the Saracens player as the obvious choice.

Speaking to the PA news agency, the current Ireland coach said that Farrell should captain The Lions in South Africa because of his outstanding leadership qualities.

I like Owen Farrell. He's a real standout leader for me. With matches being played without crowds, you can hear so much of what the players are saying during games. You can hear Owen barking at his own players and encouraging them.

A lot of it is about getting off the line and the physical side of the game, but a lot of it is also coaching people into position as well.

He's pretty experienced, he's been on two tours already and he has a big leadership role with England. It wouldn't be unfamiliar territory for him.

There are plenty of guys who could do the job, but for me in terms of experience and an appetite to lead, he's the real standout.

When you pick a captain or leaders for the Lions tour, it's about picking guys who are willing to take ownership of what the plan is. Owen is a guy who enjoys leading and enjoys taking ownership. He's almost coaching.

O'Connell certainly knows what this role requires having led The Lions on the 2009 tour to South Africa.

It remains to be seen who will be Warren Gatland's first choice.

SEE ALSO: Stephen Ferris Thinks Gatland Will Have An Eye On One Potential Irish Lions Bolter 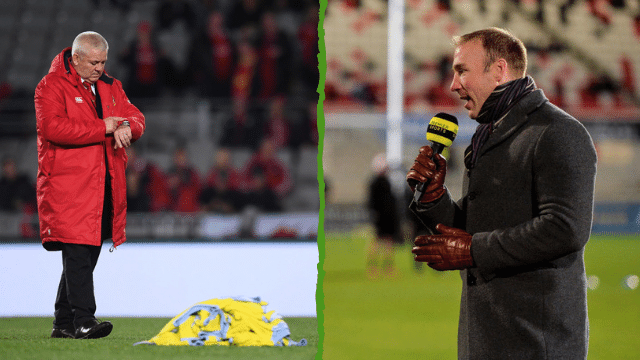 Rugby
11 months ago
By Gary Connaughton
Mike Brown Believes That Owen Farrell Should Be Dropped By England
GAA
11 months ago
By PJ Browne
Jonny Cooper Surprised By How Much Owen Farrell Wanted To Learn From Him
Rugby
1 year ago
By Emmet Bradshaw
Eddie Jones Unimpressed With Scotland Fans After England Win
Popular on Balls
Rugby
2 days ago
By Colman Stanley
Keith Earls Shares Story That Captures Andy Farrell's Decency
Football
2 days ago
By Eoin Harrington
Quiz: Name Every Player To Score In A Champions League Final
Football
1 day ago
By PJ Browne
'If He Continues With Performances And Goals Like That, Stephen Kenny Will See It'
Football
14 hours ago
By Gary Connaughton
Portsmouth Likely To Retain Gavin Bazunu This Month Despite Championship Interest