In 2017, Munster were comprehensively outclassed in the Aviva Stadium against Saracens in the European Cup semi-final as they lost 26-10.

In 2019, they lost in the Ricoh Arena against Saracens in the European Cup semi-final by the exact same points difference. This time, it was 32-16.

Johann Van Graan started in his job shortly after that first meeting, taking the reins in October of that year. It's as good a gauge as any for a team that looked to be on the up.

The question now is have they actually improved?

A disappointed but determined Peter O'Mahony was asked this question in the aftermath of Saturday's result and took a moment before eventually answering. 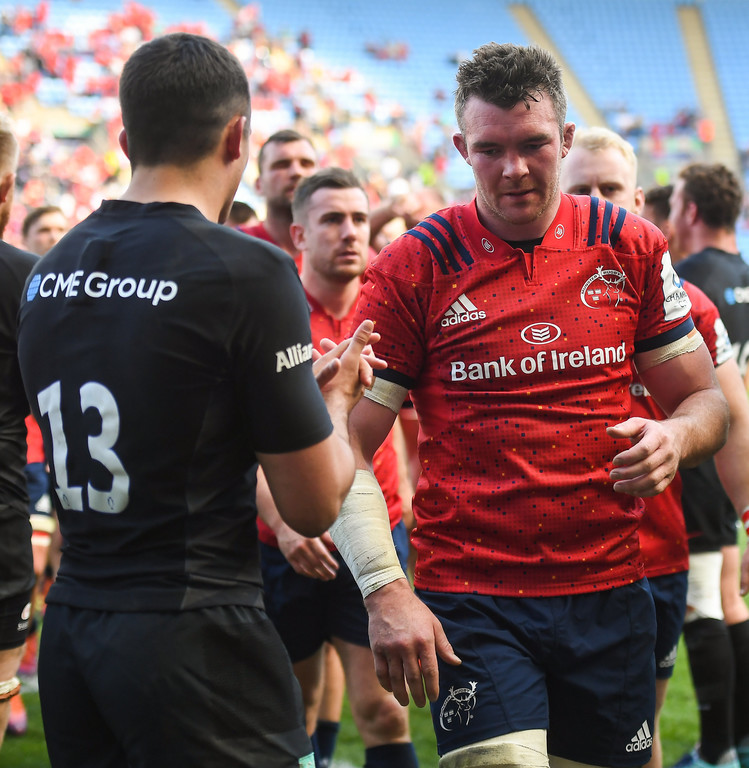 The Munster captain went on to add some much-needed context to the conversation. This time, they had been competitive throughout bar a 20-minute spell after half-time. That changed the entire perplexion of the game.

"You do get to a stage nine points down even after scoring a try and you are still chasing the game. You are still playing out of your gameplan a little bit. We played rugby in areas that we didn't plan on doing so as a result of being down by that much. With their defence, the way they go after teams in our own half.

"It makes things that bit more difficult when you are trying things that if we were closer or ahead we wouldn't be doing. When you make mistakes in that area or concede penalties, you are conceding points."

There is no doubt that in certain aspects, Munster's improvement is obvious. Their set-piece has solidified and their defence is one of the meanest in Europe. Saracens Director of Rugby Mark McCall cited as much in his post-match press conference: "They do their fundamentals incredibly well. Their set-piece is outstanding."

Now it is about adding a layer to that. For this to happen personnel is key. Joey Carbery and Keith Earls' absence was obvious in Coventry while there is still the question as to whether Van Graan's coaching ticket will renew their contracts.

Munster have established a solid foundation and unearthed numerous exciting prospects over the past twelve months, that's a pretty comprehensive improvement. While there have been steps in the right direction, Saracens proved a step too far.

Rugby
1 day ago
By Colman Stanley
Sexton vs ROG Once More, But Leinster Won't Be Worried After La Rochelle Performance
Rugby
1 day ago
By Colman Stanley
'That Pace, That Intensity, That Organisation' All Black Legend Has High Praise For Leinster
Rugby
2 days ago
By Colman Stanley
'I Think Munster Softened Them Up For Us': Sexton Not Carried Away After Clincial Leinster Win
Popular on Balls
Football
1 day ago
By Eoin Harrington
'Ronaldo Is A Cod' - Remembering Eamon Dunphy's Infamous 2008 Rant
GAA
21 hours ago
By PJ Browne
The Draw Has Been Made For Tailteann Cup Opening Rounds
GAA
1 day ago
By PJ Browne
Donal Óg Cusack Defends Dublin Hurlers After John Mullane Criticism
The Rewind
2 days ago
By Eoin Harrington
Watch: Brilliant Dermot Morgan Dublin Segment From 'The Travel Show' Resurfaces