It was always going to require some moments of inspiration from Munster if they were to upend the European champions this afternoon. Toulouse are an incredible side, meaning the Irish side would have to be at the very top of their game if they were to advance to the semi-finals.

They would not be found wanting, but a defeat in the cruelest of circumstances, the dreaded place kicking competition, meant they would come up just short in Dublin 4.

While Thomond Park was unavailable for this fixture, the travelling Munster support did not struggle to make the Aviva Stadium feel like home for the afternoon. There was an incredible sea of red at Lansdowne Road, producing a cracking atmosphere.

It was an incredibly tight game, although Toulouse did threaten to open up a bit of a gap between the sides at one point.

They responded to Munster's early try with a pair of their own, including this wonderful set-piece.

The Toulouse scrum is something else 😬

A dominant foundation for a talented backline to go and attack...

Matthis Lebel touches down to give the French side the lead.#HeinekenChampionsCup pic.twitter.com/LzHn1dr54L

They were well in control at this point, although Munster would soon start to turn the tide of momentum in the game.

That was thanks in no small part to Peter O'Mahony who produced this incredible line-out steal just after the half hour mark as the Irish province began to reassert themselves on proceedings.

Peter O'Mahony stealing this ball in the air and then somehow pinning it against Fineen Wycherley's neck until Josh Wycherley can grab it#MUNvTOU pic.twitter.com/0w1oTasbfn

They would be level at the interval, with Joey Carbery knocking over a difficult conversion after an incredible team try. Keep an eye out for the hands of Josh Wycherley.

Can we take a moment to appreciate the hands from Josh Wycherley in the build-up to Keith Earls' try?

Another try just after the break put them in the driving seat.

What a brilliant @Munsterrugby try!

It started with a ridiculous take from Simon Zebo, then Chris Farrell makes the break and finds Mike Haley 🔥

It was certainly a real captain's performance from O'Mahony. Having stole the ball from a ruck to stop what look like a very dangerous Toulouse attack in the opening moments, that was only the start of an incredible afternoon's work.

The Cork man was an absolute menace at the breakdown, never giving anything easy to the French side. He was also as dependable as ever in the line-out, something that proved to be key as Munster attempted to hang onto the ball.

He was the one to ensure that Antoine Dupont was not given the space to operate on the pitch, immediately smothering the scrum-half at every opportunity. One moment in the second half summed up his efforts.

His fourth turnover of the match was arguably the best of the lot. He dug into the Toulouse ruck right on the Munster line, getting the turnover to stop what looked like a certain try.

Unforunately, he would injure himself in the process and was forced off the pitch in the 64th minute. Despite missing the closing stages, this was perhaps a career-defining performance from O'Mahony.

"I think he's playing the best rugby of his career!"

Just Peter O'Mahony embodying everything that it means to be a Munster player 🥰#HeinekenChampionsCup pic.twitter.com/7dIn2f9lEe

Here's what commentator and former Lions captain Sam Warburton had to say about his showing on the day:

I think he has played the best rugby of his career.

This is arguably the best I've ever seen him.

He wasn't the only one to be massively impressed with what the 32-year old did today.

I think you could have called Peter O’Mahony getting man of the match during Munster’s lap of their half at the end of the warm-ups.

Love watching Munster when Peter O'Mahony and Jack O'Donoghue are playing. They are ALWAYS up for a battle. #MUNvTOU

Peter O’Mahony winning a turnover 10 metres from his line.

Peter O'Mahony out on his shield, as if we expected any less #MunsterMarchOn #munvtou #SUAF

Peter O'Mahony is simply a man you would follow into any battle. #MunsterRugby

Peter O’Mahony is a proper, proper rolls royce of a player isn’t he? Older he gets, the better he gets 👏🏼 👏🏼

A world class display from a remarkable player.

It was no coincidence that Toulouse turned the tide of the game after he came off. Matthis Lebel scored a try just a few moments later to get them them back within touching distance. A penalty with four minutes to go meant the sides were level.

To extra-time we went.

The two extra periods were incredibly tense, with few opportunities for either side. The place kicking competition was always calling.

Unfortunately, it would be Toulouse who would come out on top in that one. While they nailed each of their four shots at goal, misses from Ben Healy (x2) and Conor Murray meant Munster were out.

Despite the loss, this was certainly a titanic effort from Munster and their captain.

SEE ALSO: 'We Need Depth Because We Were Matching England' 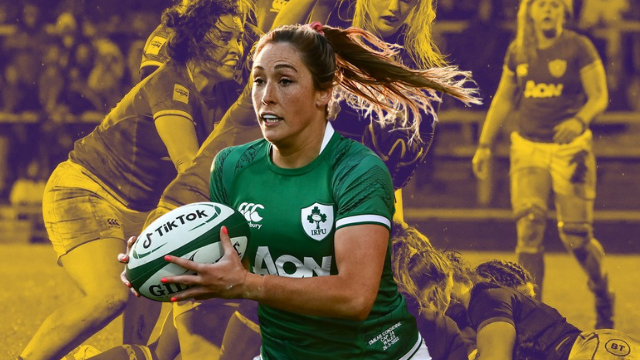 Rugby
1 day ago
By Gary Connaughton
Ronan O'Gara As Worried About Top 14 Clash As He Is About Champions Cup Final
Rugby
3 days ago
By Colman Stanley
'If Their 2nd Team Was In The URC They’d Be Top 6': Pundits Heap Praise On Leinster
Rugby
4 days ago
By Colman Stanley
Leinster Players Dominate European Player Of The Year Shortlist
Popular on Balls
Football
6 hours ago
By Eoin Harrington
Juan Mata Questions Manchester United Management After Dire Season
Golf
2 days ago
By Gary Connaughton
Padraig Harrington Glad He Didn't Have To 'Make A Decision' On Saudi Golf League
Football
1 day ago
By Gary Connaughton
The Frank Lampard Love-In After Everton's Survival Was Downright Bizarre
GAA
2 days ago
By PJ Browne
'It Came At An Awkward Time. I Didn't Think It Would Be So Bad'