Five weeks, and nearly four missed games, on from the red card which caused him to miss most of the Six Nations, Peter O'Mahony knows he was in the wrong against Wales. That doesn't mean the Munster man is going to change the way he plays.

O'Mahony was sent-off by Wayne Barnes just 14 minutes into Ireland's opening game of the tournament for a hit to the head of Tomas Francis while cleaning out a ruck.

"I 100 per cent was wrong in what happened in the incident. My teammates know better than anyone that I was acting with the best intention for the team that day. I don't think they'd be looking for me to put in a different performance when I go out to play any other week for Ireland. That would be unjust to the jersey. I go out every time to play as best I can."

The 31-year-old admitted that recent weeks have been hard as he served the three-match ban but he is again available for selection against England this weekend. James Ryan being ruled out by injury means O'Mahony could slot back into the team with Tadhg Beirne switching to the second row.

"It's different when you're injured - you're on a different buzz," he said.

"When you're fit, healthy, and ready to go, but you can't, it makes it a little bit tougher.

"I spent a couple of great weeks with Munster training with the A team, trying to help the seniors prepare for their games. I was back in here last week to prepare the lads as best as possible, which I certainly enjoyed.

"I'm not going to make any bones about it, I'm looking forward to getting back playing." 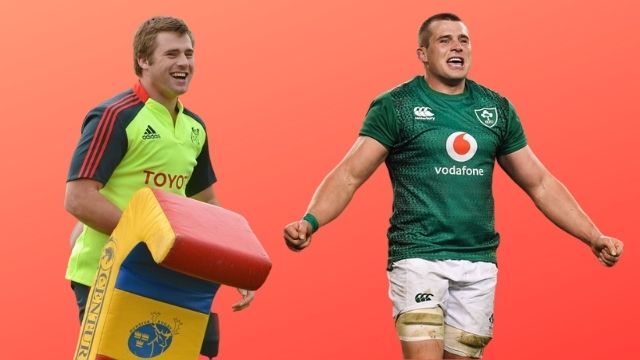 Football
1 week ago
By Eoin Harrington
How To Get ITV In Ireland For The FA Cup Final
Rugby
2 weeks ago
By Colman Stanley
Eimear Considine: 'We Need Depth Because We Were Matching England'
Rugby
1 month ago
By PJ Browne
Ireland Pick Up First Six Nations Win After 'Tough' Few Weeks
Popular on Balls
Football
23 hours ago
By Luke Delaney
Europa League Final: Five Arrests As Frankfurt Supporters Attack Rangers Fans
GAA
1 day ago
By Luke Delaney
Jackie Tyrell Calls For 'Accountability' For Players Who Feign Injury
46